EP ELECTIONS: Slovakia elects its representatives to the European Parliament

THOUGH Slovakia has improved its infamous performance in the 2004 elections for the European Parliament when less than 17 percent of the eligible voters participated, the country has again posted one of the lowest turnouts in the European Union since only 19.64 percent of all eligible voters went to polls this year on June 6. While some political leaders blamed media for the low turnout, analysts suggest that Slovak politicians have often been leaving European issues out of their political discourse lying on the sidelines of domestic politics. 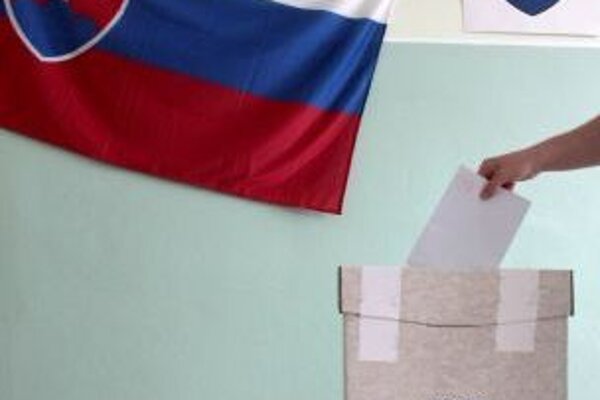 THOUGH Slovakia has improved its infamous performance in the 2004 elections for the European Parliament when less than 17 percent of the eligible voters participated, the country has again posted one of the lowest turnouts in the European Union since only 19.64 percent of all eligible voters went to polls this year on June 6. While some political leaders blamed media for the low turnout, analysts suggest that Slovak politicians have often been leaving European issues out of their political discourse lying on the sidelines of domestic politics.

Nevertheless, Slovak citizens have now elected their new and returning representatives to the European Parliament.

Prime Minister Robert Fico’s Smer party will take five seats in the European Parliament and the Slovak Democratic and Christian Union (SDKÚ), the Hungarian Coalition Party (SMK) and the Christian Democratic Movement have each won two seats, according to the official results published by the Central Election Commission on June 7.

The Slovak National Party (SNS) and the Movement for a Democratic Slovakia (HZDS) will each have one seat.

Smer, the senior party in the governing parliamentary coalition in Slovakia, had the support of 32.01 percent of the Slovak voters in the balloting held on Saturday for Slovakia’s 13 representatives to the European Parliament. Of the three parliamentary opposition parties, SDKÚ collected 16.98 percent of the vote while SMK received 11.33 percent and KDH 10.87 percent. The two junior parties in the governing coalition, HZDS and SNS, received 8.97 percent and 5.55 percent of the vote, respectively, according to the Central Election Commission.

Preferential votes cast by citizens most probably moved Smer’s Monika Flašíková Beňová to the first position for Smer even though she was listed third on its candidate list. Smer’s candidate on the top of its list, Boris Zala, is also expected to take a seat in the EP along with current EP deputy Vladimír Maňka. Monika Smolková and Katarína Neveďalová should be the other two EP deputies for Smer.

The HZDS will send Sergej Kozlík, a former finance minister, to the European Parliament while the SNS will have Jaroslav Paška as its representative in the EP.

SDKÚ will have current EP deputy Peter Šťastný and former foreign affairs minister Eduard Kukan; Anna Záborská, current EP deputy, and Miroslav Mikolášik will represent Slovakia for the KDH while the SMK will send Edit Bauer, already in the EP, and Alajos Mészaros.

Pavol Paška, the vice-chairman of the party, said Smer was definitely the winner in Slovakia’s European elections.

“All of our sympathisers as well as commentators evaluate the preliminary results as an absolute victory by Smer,” Paška said in a discussion on the public service STV channel, as quoted by the SITA newswire.

Anna Belousovová, the vice-chairwoman of one of the junior coalition partners, the SNS was not satisfied with the results. However, she said on public service broadcaster STV that “on the other hand, it’s the first time that SNS will have its deputy in the EP,” as reported by SITA.

According to Belousovová, the results were influenced by the “heavy media campaign, which brought into play all of our faults”. She added that such a campaign has never been seen in Slovakia before.

After the elections, representation of Slovakia’s three parliamentary opposition parties will shrink from eight seats to six in the European Parliament. In spite of this loss of two mandates, the opposition parties see the results in a positive light saying that in total the three right-centre parties have netted more seats than the left-centre Smer party, which finished the preliminary vote-count with five mandates.

The third mandate is the sole thing which the SDKÚ misses to be completely satisfied with the EP elections, SDKÚ leader Mikuláš Dzurinda said on June 7.

“I am absolutely sure that that both MEPs for SDKÚ will defend national and state interests of Slovakia in the European Parliament,” said Dzurinda as cited by TASR.

KDH leader Pavol Hrušovský said on June 7 that the party regards its gaining of two EP seats as a very good result. Hrušovský said that winning two mandates was a good result because of problems in Slovakia’s domestic political scene during the last two years as well as some problems inside the KDH.

When commenting on the preliminary results, Hrušovský said that the elections have shown that there is no single party able to compete head-to-head with the Smer party, but when all right-centre votes and mandates are added together, they netted more than Smer.

SMK’s leadership evaluates the results of the balloting on June 7 in Slovakia as a success.

“Our goal was to keep our potential in the EP,” SMK leader Pál Csáky said when reacting to the preliminary results. According to those results, SMK will keep its two seats in EP and Edit Bauer will be returning and Alajos Mészáros should serve his first term in the EP.

Ivan Štefunko, an analyst with the Euractiv.sk portal, told the public service Slovak Television that turnout in Slovakia was likely to be one of the lowest across the 27-nation European community.

Štefunko said this low turnout is a result of the failure of top Slovak politicians to attract the electorate through regular presentation and discussion of European views and issues. Over the past five years, he said, Slovak politicians have almost not mentioned the European Union among their issues of political discourse.

Prime Minister Fico blamed media for the level of disinterest by citizens, according to daily Sme.

“I will be frank with you – it happened to me yesterday – I stopped a person I know and asked him whether he will go to vote,” Fico told Sme. “He said – for what, for that Sk500,000 salary they will be making? Someone has created this image, so [the media] should do some self-reflection.”

Then the prime minister walked away, Sme wrote.

The director of the EP Information Office in Slovakia, Robert Hajšel, attributes voters’ apathy and their limited interest in European public affairs with each country’s domestic political scene. He pointed out that most other EU member states failed to halt the shrinking interest in the EP elections this year while in Slovakia, if unofficial results are confirmed, turnout improved by about two percentage points compared with five years ago.

"Given our expectations, this outcome is better than projections," Hajšel concluded.

The arrangement of mandates in the European Parliament does not say much about the real balance of power and political influence in Slovakia, according to political analyst Grigorij Mesežnikov, but rather about the ability of individual parties to mobilise voters.

Mesežnikov suggested that due to the low turnout the results are not representative enough to draw conclusions about the distribution of domestic political power. However, Mesežnikov praised the Sloboda a solidarita (Freedom and Solidarity) party which this year got very close to making it to the EP. He said that could be a promising development.

Sociologist Pavel Haulík sees low interest by Slovakia’s political parties themselves as the main reason for the low voter turnout. Verbally the parties support the elections, but they did not do enough to lure voters to the polls, he said.

The election campaign was not motivating, Haulík said. He certainly does not view the weather or voters’ leisure activities as the main reason for the low turnout, as the numbers in 2004 and this year are too similar.

Haulík said that the parties even did not even bother to make an effort to find out which individuals might have a chance to perform better on their candidate lists. He added that some names on the lists were totally unknown to voters.

“If a voter sees someone he or she doesn’t know and the information only is that he is 26 years old and works as an assistant, the voter might decide not to vote at all,” Haulík concluded.