We are closely together in Afghanistan and NATO

THE TOWN'S lights are on, the bazaar is busier than ever, more children go to school and the hospital has been expanded. On a bright morning, the town has the feel of an ordinary provincial capital, bustling with activity as people go about their daily business. And in most other provinces, too, there are indications of progress. 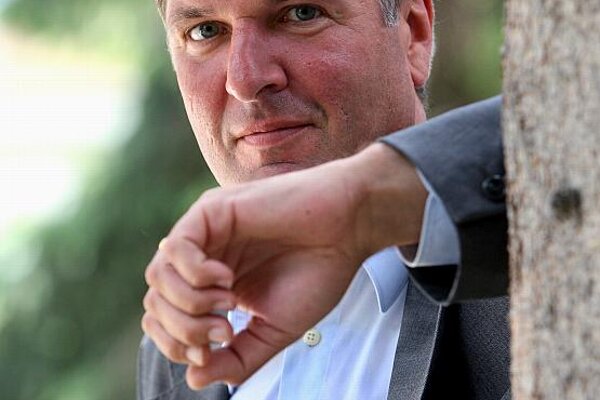 THE TOWN'S lights are on, the bazaar is busier than ever, more children go to school and the hospital has been expanded. On a bright morning, the town has the feel of an ordinary provincial capital, bustling with activity as people go about their daily business. And in most other provinces, too, there are indications of progress.

This is how Dutch foreign minister Maxime Verhagen recently described the southern Afghan town of Tarin Kowt that just a few years ago was a very desolate and extremely insecure place. The Slovak and Dutch military have been working shoulder to shoulder in the International Security Assistance Forces (ISAF) to bring peace and stability to Afghanistan’s Uruzgan Province, of which Tarin Kowt is the capital.

But we all understand that the situation in Afghanistan remains fragile and we still have a very long way to go before sustainable security can be established, before development takes root and before full Afghan ownership, which is our ultimate objective, becomes a reality.

As shown in Tarin Kowt, we are making tangible progress, but the pace has been slow and too many Afghans have seen only limited benefits from the democratically elected government in Kabul. This is one of the main reasons why the Taliban have been able to stage a comeback.

To counter this, we need a broad, comprehensive approach. We need to increase our efforts to bring reconstruction and better governance to the people of Afghanistan, particularly in the south. As partners in ISAF we must work together closely and coordinate our efforts. There are no easy solutions, no ‘silver bullets’ to deal with these issues. Our comprehensive approach – integrating defence, development and diplomacy – has proven its value, and this is the path to continue.

The multinational force in Afghanistan, to which both our countries contribute, stands out as a model for future military cooperation. In this day and age, our armed forces operate in a truly international environment. We are working hand in hand with many different partners, not the least with the Afghans themselves.

At this moment around 250 Slovak soldiers serve in Afghanistan, 100 of whom together with Dutch, Australian and French soldiers are based in the Province of Uruzgan. The Slovak troops guard the lives of more than 2000 Dutch soldiers and military personnel from other nations. Also, Slovak soldiers work in provincial reconstruction teams, thereby contributing to development projects and the training of Afghan soldiers. With its contribution to ISAF, in the most difficult regions of Afghanistan, Slovakia has positioned itself in the centre of NATO’s endeavours to make the world a safer place in which to live.

The Slovaks support NATO as the main provider of global stability. A recent poll showed that most people are convinced that Slovakia’s membership in NATO has brought more security for the country.

Only five years after its accession into NATO, the Slovak Republic has become a highly valued partner of the transatlantic community. At NATO’s sixtieth anniversary earlier this year, our leaders reaffirmed the values on which the North Atlantic Treaty was founded. Demonstrating NATO’s continued commitment to democracy, freedom and human rights is enormously important symbolically, especially in a world where these values are under threat.

This is exactly the reason why Dutch and Slovak soldiers are operating in Afghanistan: to defend the universal values we both believe in and to thereby also defend our own security.

In this critically responsible task, the Netherlands is proud to be the strategic partner of the Slovak Republic.

Rob Swartbol is the Ambassador of the Netherlands to Slovakia