WHILE a skilled labour force is one of the alluring features drawing Belgian investors to Slovakia, red tape from an inflexible bureaucracy remains one of Slovakia’s main drawbacks. The adoption of the European single currency has simplified trade, but the strong rate at which the Slovak crown was pegged to the euro has left wrinkles of incredulity on the foreheads of some foreign investors in Slovakia. 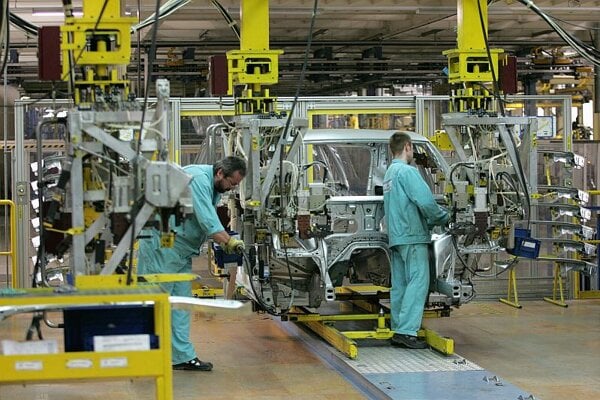 WHILE a skilled labour force is one of the alluring features drawing Belgian investors to Slovakia, red tape from an inflexible bureaucracy remains one of Slovakia’s main drawbacks. The adoption of the European single currency has simplified trade, but the strong rate at which the Slovak crown was pegged to the euro has left wrinkles of incredulity on the foreheads of some foreign investors in Slovakia.

The Slovak Spectator spoke about Belgian investors’ experiences and proposals for improvements with Stefaan Depaepe, chairman of the management board and chief executive officer of the banking house Dexia Banka Slovensko; Thomas Seibert, site manager of Bekaert Hlohovec, a company producing advanced wire and steel-cord products; and Alex Hubrecht, director of Cesam, a company assembling electronic and mechanical components and working with sheet metal products.

The Slovak Spectator (TSS): When did your company enter the Slovak market and why did it decide to come to Slovakia? How many employees does your company have at this time?
Stefaan Depaepe (SD): Dexia Banka Slovensko was set up as a specialised bank for local governments in 1993. The bank has consistently been enhancing its services since its foundation. As a result, it has progressed to being the market leader in the municipal sector, with a solid reputation also in the corporate and retail banking segments. Dexia Kommunalkredit Bank, which is a subsidiary of Dexia Crédit Local, became the majority shareholder of Dexia Banka when the acquisition was completed in May 2000.

Dexia Groups decided to enter the Slovak market through Dexia Banka, which they consider to be one of the most stable and promising banks in the Slovak Republic. The re-branding of Prvá Komunálna Banka to Dexia Banka Slovensko, in force since October 1, 2003, represents an important milestone in the bank’s history, as well as the enlargement of its focus into retail banking. Dexia Banka Slovensko had 835 employees as of June 2, 2009.

Thomas Seibert (TS): From its home base in Western Europe, Bekaert has always invested in future growth markets, according to our strategy of sustainable, profitable growth. Central Europe, and specifically Slovakia, is clearly such a growth market. Bekaert was actually one of the first investors to recognise the growth potential of Slovakia. Our activities in the region go back to 2000 when we established a green field plant in Sládkovičovo, focused on steel cord. It was followed three years later by an acquisition in Hlohovec, where we run two plants today. Now, Bekaert employs 1,726 people in Slovakia.

Another key principle in our company’s approach is that we do business ‘where our customer’s business is’. More and more of our customers, notably within the tyre manufacturing industry, have been shifting production to central Europe.

We have responded accordingly and set up activities in the region in order to optimally meet their requirements with local supplies. Our presence, investments and product portfolio have evolved in line with the growing importance of the presence of our customers and development of the marketplace. Today we offer a broad range of advanced wire and steel-cord products in Slovakia, a significant part of which is dedicated to the automotive and building industries from our plants in Hlohovec and Sládkovičovo.

Alex Hubrecht (AH): The plant capacity in our mother company in Belgium was full and we needed to expand so we decided to look around in central Europe where labour costs were lower. The town of Vráble in Slovakia was a good location for us because it is close to the highway and the distance to the mother company in Belgium is acceptable. Slovakia also has a rich industrial history and at that time there were enough skilled employees available. We rented a hall to start our business but later we decided to buy land and build a new facility. We started to operate in 2005 and we now have 85 employees.

TSS: What are the positive and negative experiences of your company operating in the Slovak market? Do you think there are any barriers to doing business in Slovakia?
SD: Dexia Banka Slovensko has a very good business model which is based on two pillars, namely public and commercial banking and retail banking for individual customers. These two pillars are mutually reinforcing. We are a unique leader in services for municipalities. In banking services for individual customers, we have a relatively modest market share but it is growing.

Despite the fierce competition in the Slovak market, the bank has strengthened its position in several segments. For Slovak municipalities we are the only logical partner. We have reinforced our position in the municipal finance sector with our market share of 79.9 percent, growing by 9.7 percent year-on-year. The Slovak market has no barriers for foreign investors, especially since it entered the eurozone on January 1, 2009.

TS: The experience is generally positive: We find committed people and sufficiently well-trained and skilled employees. Also the infrastructure is satisfactory. Still, we are experiencing some problems in the business environment. This is mainly caused by the fact that the legal environment is not stable, examples being the environmental and health and safety laws. This uncertainty is also reflected in the behaviour of the corresponding authorities who have a difficult time in working in such a developing environment. We are also faced with the fact that the principles in Slovakia’s labour code are quite different from other western European countries in terms of retirement and holiday payments, which creates difficulties in adapting successful practices from other European countries.

AH: Everybody knows that the bureaucracy in Slovakia is still terrible but the longer you live here the more you become used to it. When we started up there was no problem finding employees at different levels but beginning in 2007 the economy was growing and companies such as Sony, Samsung and Peugeot hired a lot of people and also increased salaries. But now in 2009 it’s again not a problem to find employees, even at lower salaries.

Another problem is the change in the exchange rate from Sk40 to €1 to Sk30 to €1. That means that salaries and costs increased by 25 percent. It’s still questionable if this exchange rate is the correct one when you see that in Poland and Hungary a lot of things are cheaper.

Regarding ideas for improvement, first simplify the bureaucracy; and state inspection offices should look more at old, dirty, unsafe Slovak factories instead of irritating modern western companies. And Slovakia should make it more possible for foreign companies to receive EU funds.

TSS: What is your company’s vision for the future considering the current global economic situation?
SD: Dexia Group has defined Slovakia as one of the strategic territories for its activities, so we have strong support from Dexia Group.
The economic environment is now more complicated but I am convinced that the sector that we have been primarily financing, municipalities, is a sector with lower risk. We therefore have a good position in the current economic situation.

TS: Bekaert is committed to Slovakia as a production site for the European market – now and also in the near future.

AH: So far we have not felt the economic crisis but we are sure it will come. But on the other hand we have also entered new markets in central Europe. We are still convinced that it was a good decision to start up our business here in Slovakia.