THE GREAT Moravian settlement Valy in Mikulčice in the Czech Republic and the Slovak village of Kopčany may both become UNESCO world heritage sites, with a decision expected soon. 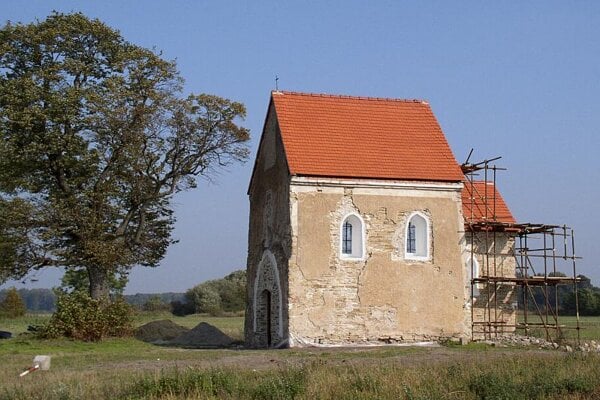 THE GREAT Moravian settlement Valy in Mikulčice in the Czech Republic and the Slovak village of Kopčany may both become UNESCO world heritage sites, with a decision expected soon.

The designation would bring broad development to the micro-region, the mayor of Hodonín, Lubor Šimeček, told the ČTK newswire, because UNESCO heritage sites lure tourists from all over the world, leading to further development of tourism, services and infrastructure.

“We expect that after this region is included on the UNESCO list, interest in improving accommodation capacities, restaurants and other facilities would increase,” the mayor of Mikulčice, Josef Helešic, told the ČTK, adding that he expects the region to then be even more successful in gaining various subsidies.

The Czech Moravian part of the UNESCO site would consist of the large castle-settlement Valy, one of the main centres of Great Moravia and the Slovak part would include the Kopčany church, one of the oldest Christian churches in central Europe dating back to the Great Moravian period. An architectural competition has already been completed to create a new plan for the entire archaeological park and a new bridge for tourists to cross the Morava River between Mikulčice and Kopčany will be constructed in the future.

Mayor Šimeček stressed that Mikulčice and Kopčany could attract more people to visit other sites in this region such as spas and boat trips on the Baťa channel as well as wine cellars and the famous plum brandy producers near Kopčany.

Tourist interest in the Mikulčice fortifications complex, visited by about 20,000 people annually, has been increasing and UNESCO would register it as the Moravian-Slovak archaeological park Mikulčice-Kopčany.