France’s view of EU’s role during the economic crisis

TWO MAJOR unforeseen crises that occurred at the end of 2008 have enhanced the role of the European Union as a global player. 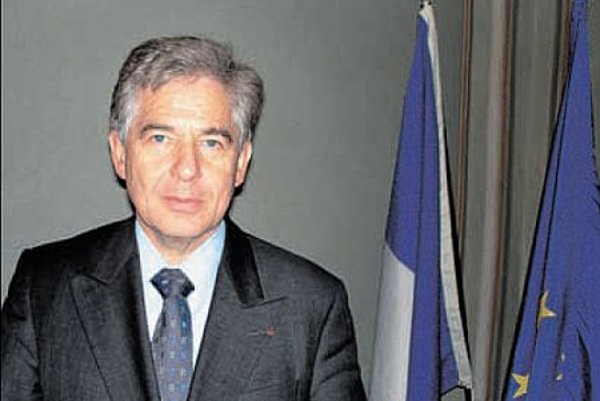 TWO MAJOR unforeseen crises that occurred at the end of 2008 have enhanced the role of the European Union as a global player.

The intervention of the French Presidency of the EU in the Georgian conflict put an end to hostilities: there is every indication that without the intervention, without the signatures on the six-point agreement, Russian tanks would now be rolling through Tbilisi and Georgia would have had a changed regime.

But above all, from mid-September last year, the French Presidency of the EU had to face an unprecedented economic and financial crisis. In response, it instigated the adoption of a coherent and coordinated policy, which just after the collapse of Lehman Brothers in the US, has eliminated the “systemic” threat posed by the crisis through a set of concrete measures aimed at ensuring sufficient liquidity for financial institutions, facilitating the funding of banks and their possible recapitalisation.

It was the European Union that successfully pushed forward the idea of a reform of the international financial system, agreed at the London Summit this April. It promoted the idea of shared global governance by the creation of the G-20, a group of leaders of the world’s 20 most important countries, including large emerging economies.

As stated by French President Nicolas Sarkozy: “We call on the European Union to take the first decisions in June to ensure genuine European regulation in the financial sector, based on coordination and cooperation between regulators. On hedge funds, tax havens and remuneration of executives and traders, we want Europe to be exemplary. The unregulated market has failed. We need to set up a financial system which works for our companies and is safe for our savers”.

At the same time, the crisis has shown the clear advantage of the single currency for all countries of the eurozone. We are very glad that Slovakia, with the decisive support of the French President, was able to adopt it just in time before the eruption of the crisis. The euro acts as a shock absorber. Global experience proves that countries with strong currencies invariably come out as winners: monetary depreciation always badly affects productivity and the Slovak economy will emerge from the crisis stronger than before. The euro makes the country more attractive for foreign investors.

In addition, efforts to save energy and protect our planet ought to be an opportunity for the European Union, which has set itself ambitious objectives in this domain, to affirm its leadership in the fields of nuclear technology, renewable energies and sustainable development.

The French President emphasised this by saying that “green growth constitutes an opportunity for the world and a chance to create jobs geared to the future. This is why Europe must lead here”.
On the whole, the crisis has validated the European model of growth in which social policies play the role of a risk stabiliser. US President Barack Obama today opts for solutions that are close to ours as far as social protection and state intervention are concerned, including the government’s shareholdings in companies or banks teetering on the verge of collapse.

The crisis must also be an opportunity to reconsider our energy security in terms of source diversification and network interconnection as well as to attach more importance to our agriculture policy that is a guarantee of Europe’s independence and food security, two major assets that should be preserved.

Henry Cuny is the French Ambassador to Slovakia