Stable conditions in a transparent, competitive market and a clear regulatory framework are some of the basic conditions that companies need to do business in Slovakia. While foreign-based companies generally evaluate Slovakia’s business environment in a positive light, for example pointing to the country’s tax system, they say there is still room for improvement. 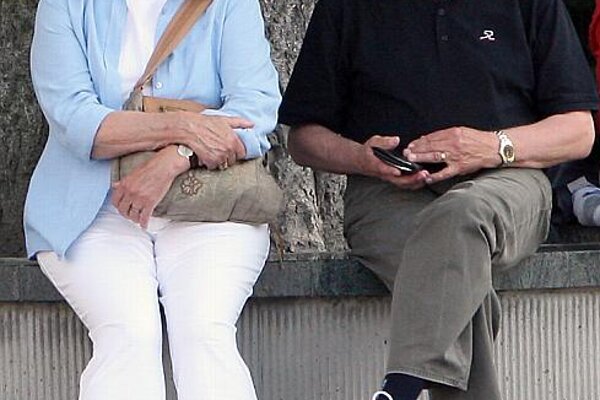 Stable conditions in a transparent, competitive market and a clear regulatory framework are some of the basic conditions that companies need to do business in Slovakia. While foreign-based companies generally evaluate Slovakia’s business environment in a positive light, for example pointing to the country’s tax system, they say there is still room for improvement.

The Slovak Spectator spoke with representatives of two companies operating with French capital: Peter Socha, the financial director of AXA SR, and Anna Žatková, the spokesperson of the regional power distributor Stredoslovenská Energetika (SSE), about their companies’ experiences and plans for the future.

The Slovak Spectator (TSS): What are the positive and negative experiences of your company operating in the Slovak market? Do you think there are any barriers to doing business in Slovakia?/
Peter Socha (PS): We assess operation in the Slovak market positively; the business environment is basically suitable. When compared with neighbouring countries, it is worth mentioning in an advantageous light, for example, the tax area. Of course, there is still space for improvement. In particular, it is necessary to stabilise conditions in the market so that companies entering the market can be sure that circumstances will not change in a radical way ‘during the game’ as we are witnessing now, for example, in the old-age pension scheme.

Anna Žatková (AŽ): We see the government’s effort to have a strong and competitive energy sector very positively. Slovakia has already taken significant steps in this respect. We believe that the privatisation of the energy sector was a success and brought significant know-how from the side of strategic investors. The productivity of the privatised companies over the past years has improved significantly.

We also believe that government support of nuclear energy is also justified. Reduction of CO2 emissions as envisaged by the European Commission is simply not feasible without increasing the electricity production from nuclear energy. For the future we believe that the government should continue in its support to the energy sector mostly through creating and maintaining a transparent and stable regulatory environment and enhancing the transparency of the energy market.

Regulation should bring a stable framework but we fully rely on the strengths of a competitive market and we see competition as a driver of the market with benefit for the customers. Also, a favourable tax environment (which is the case in Slovakia) and clear, fair rules in the permit process, without artificial administrative hurdles, are very important for attracting investments into the sector.

TSS: What is your company’s vision for the future?
PS: The AXA group is an active player in Slovakia. We operate in the segments of life and non-life insurance, as well as investments and pension savings. Right now there are hot discussions being held related especially to the second pillar of the pension scheme. We are watching these discussions, to which we also actively contribute, very carefully. This is a very important business segment for us and the AXA pension fund management company remains a key player in the Slovak market in the area of old-age pension savings.

AŽ: When speaking about the operation of the SSE group, we will focus in particular on the existing core business, which is supply and distribution of electricity, where the company has been sustainably increasing its performance and the quality of the network and widening the portfolio of services for its customers. The achieved goals have been bringing SSE a respected position and a healthy financial condition with regards to the future, where we already now can see some threats regarding the growth trend, particularly in the form of the economic crisis and the general situation in Slovakia’s energy sector. We are aware of the need for use of renewable energy resources, boosting energy efficiency as well as further diversification of energy production and the importance of a stable regulatory framework. We want to contribute significantly to reaching these goals by our own capacities relying on our employees' experiences and the know-how of EDF and huge efforts to work on achieving this goal and increasing the value of the company.

TSS: In general, how do you see the trends and development of the market in which you operate?
PS: In spite of the crisis, which has affected all aspects of doing business not only in Slovakia but all around the world, AXA remains a strong player in the market. At the end of 2008 we extended our portfolio of services by adding non-life insurance policies and this service has been successful. We are also thriving in the life insurance segment where we are bringing attractive products into the market as well as new opportunities for investing.

AŽ: With regards to the energy position in general, Slovakia will need additional energy production capacities to fill the expected deficit between 2009 and 2025. The required balance between demand and supply will be not achieved without building power stations, which would secure the transition period before the nuclear power station of the third generation is built.

TSS: When did your company enter the Slovak market and why did it decide to come to Slovakia? How many employees does your company have at this time?
PS: Slovakia is an attractive European country where we are witnessing a constantly improving level of financial literacy among the population. We see that people are interested in investments and financial security and this is exactly the area in which we specialise. AXA financial group operates in 55 countries worldwide and it perceives its entry in the Slovak market as a positive step.

AŽ: Electricité de France International entered into SSE as a strategic partner in 2002 when it acquired a 49 percent stake of the company from the National Property Fund. SSE is an energy company which has been operating in the region of central Slovakia for 85 years, where it supplies electricity to about 700,000 customers – entrepreneurs, organisations and households – as well as providing a complex of services linked with the supply and usage of electricity. SSE is responsible for the region as an employer and as a customer-oriented company and SSE group employs 1,800 people.
Our company contributes to promoting central Slovakia in a positive way. We present it as an attractive region for both business and life, respect social interests and build firm relations with regional and municipal authorities.