WEEKS after the controversial contract on emissions quotas sale was published without any details about sale price or amount, the Environment Ministry decided to publish its full text without giving any reason why it was now doing so. During the intervening period, inwhich the public had access only to the abridged version of the contract, the opposition parties and media provided various calculations and data from Slovakia’s neighbours to show that Slovakia’s sold its quotas for less than a fair price. 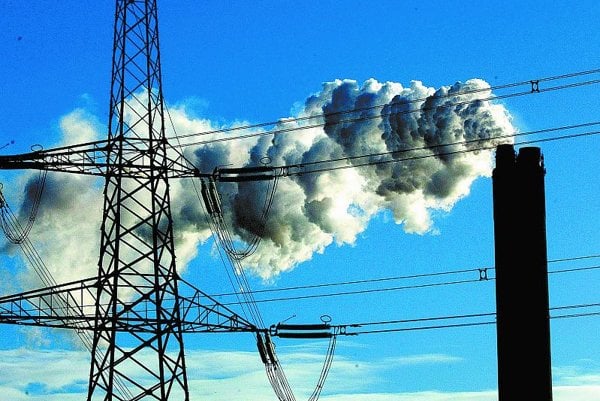 WEEKS after the controversial contract on emissions quotas sale was published without any details about sale price or amount, the Environment Ministry decided to publish its full text without giving any reason why it was now doing so. During the intervening period, inwhich the public had access only to the abridged version of the contract, the opposition parties and media provided various calculations and data from Slovakia’s neighbours to show that Slovakia’s sold its quotas for less than a fair price.

The full contract published on the ministry’s website reveals that Slovakia sold its excess emissions quotas to Interblue Group for €5.05 per tonne, confirming earlier calculations made by the opposition and journalists.

The contract also requires Slovakia to give first refusal to Interblue Group in any future sale of its remaining quotas. Slovakia possesses quotas for another 84 million tonnes of emissions, according to the Sme daily. Slovakia is obliged to spend its proceeds from the sale of quotas on green projects, such as the insulation programme recently launched by the government.

“It seems like the ministry had nothing to lose by publishing the contract anymore, since the media with their investigative work managed to deduce the undisclosed parts of the contract quite exactly,” Radovan Kazda, an analyst from the non-governmental think-tank, the Conservative Institute, told The Slovak Spectator.

According to the contract, Interblue Group’s authorised representative, Jana Lutken, signed the document in Zug, Switzerland on November 13, 2008 on behalf of the purchaser and the contract was signed by then-environment minister Ján Chrbet on behalf of Slovakia in Bratislava.

The only surprising parts of the contract are two appendices that were signed later, in December 2008 and in February 2009.

They bind Slovakia to spend the proceeds of the sale on green projects and give control over the spending to the Interblue Group. If Slovakia abides by these conditions, an additional price of €1 per tonne will be paid for the first 15 million tonnes of quotas.

The Environment Ministry’s press release states that Interblue Group was chosen in accordance with the law on trading of emissions quotas because it offered the best conditions.

“To date, we have no concrete proof that any other state sold its AAU emissions under better conditions,” spokesperson Jana Kaplanová wrote. “Only the Slovak Republic has published its contract in full.”

According to information published by the Sme daily earlier in June, the Czech Environment Ministry sold its country’s excess carbon dioxide emissions quotas to Japan in October 2008 for around €10 per tonne. The Slovak government has said Sme’s information is unconfirmed.

Prime Minister Robert Fico said on June 17 that the emissions quotas sale is not an issue that will trouble him any further, as the bottom has basically fallen out of the market for quotas and CO2 emissions limits are no longer being sold at all, the TASR newswire wrote.

Following publication of the contract, the opposition Slovak Democratic and Christian Union (SDKÚ) party filed a proposal for parliament to recommend that the government cancel the contract and to provide a detailed report to the legislative body about how these emissions quotas were sold and what the government’s future plans are. Parliament did not pass the proposal.

Fico reacted to the move by saying that the opposition has attacked the contract because it is afraid that the insulation programme, to be funded from the quotas sale, will be a success just like the car-scrapping bonus scheme was in March and April. He also said he was glad to see that the whole contract was published.

“Let the public and the media evaluate it again,” he said, as quoted by SITA.

Neither the Environment Ministry nor Fico explained why the contract had been kept secret for the previous weeks.

“Keeping the contract secret was apparently planned as an inseparable part of the fraud, which began with the amendment of the rules by which this government made it possible for the sale to be carried out in this non-transparent way,” Kazda said.

Pavol Frešo, an SDKÚ deputy and vocal critic of the sale, told the Sme daily earlier in June that he believed the emissions case was big enough to cause the government of Prime Minister Fico to fall.
Kazda, however, does not see that as a very likely option.

“But the important thing for the opposition is that almost every week a new corruption case pops up and public opinion polls show the number of voters supporting the ruling coalition dropping slightly,” he said.