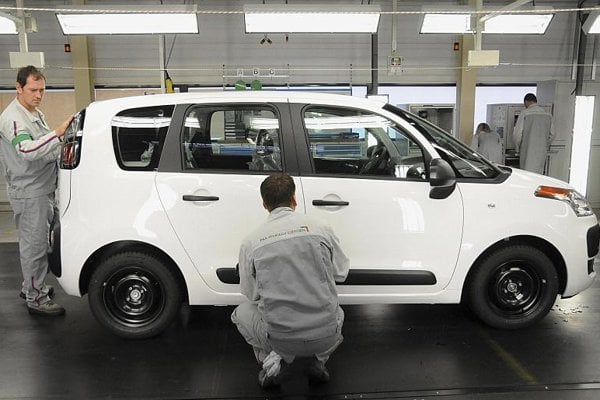 “This has happened only six years after the foundation stone of the Trnava plant was laid down,” the company informed the press.

The vehicle was a Peugeot 207 fitted with a 1.4-litre, 75-horsepower petrol engine.

Since the beginning of June the plant has been manufacturing 900 vehicles per day. Of this number 43 percent are Citroën C3 Picasso models and the rest Peugeot 207s.

PSA Peugeot Citroën’s plant in Trnava is the most modern in the group. Last year production exceeded 186,000 vehicles, up 5 percent compared to the previous year.

The strategic investment in Trnava amounted to €700 million and an additional €100 million was invested after production began. The plant started making the Peugeot 207 in June 2006. Earlier this year the plant became the only factory in the group to start manufacturing the new Citroën C3 Picasso model.

Peugeot sales have been increasing in Slovakia. During the first four months of 2009, a total of 2,532 Peugeot cars were sold. Compared to the same period last year this was an increase of 14.83 percent. As Ivana Orviská from Peugeot Slovakia told SITA, the Peugeot marque achieved a market share of 9.35 percent and became the second most popular among new-car buyers. Citroën had a 6.74 percent market share in Slovakia.