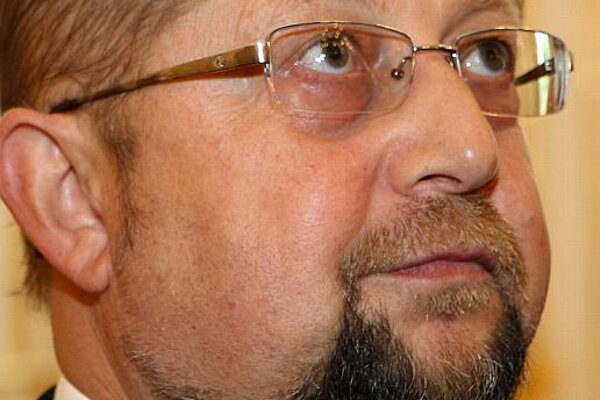 Harabin, who was nominated as justice minister by the Movement for a Democratic Slovakia (HZDS), will now also serve as the head of the Judicial Council that oversees the operation of all courts in Slovakia.

He won the votes of 15 members of the 17-member Judicial Council while his opponent, Supreme Court Justice Eva Babiaková, did not receive a single vote.

Former justice ministers Daniel Lipšic and Lucia Žitňanská spoke almost with one voice in statements made to The Slovak Spectator, arguing that Harabin’s election as Supreme Court president will lead to even lower credibility for Slovakia’s judiciary.

“Harabin is today viewed as a symbol of the untrustworthiness of the judiciary,” Žitňanská, who is now an MP for the Slovak Democratic and Christian Union (SDKÚ) opposition party, told The Slovak Spectator.

“This is why the fact that Harabin was elected to the post itself does not add to the credibility of the judiciary because even today less than 30 percent of the people trust the judiciary,” she said.

Harabin said that he would be a problem only for judges who do not want to work, the Sme daily reported.

Harabin also said that he is returning to an environment that he knows very well because he started working at the Supreme Court in 1993 and previously served as its president between 1998 and 2003, Sme wrote.

Harabin came to head the Justice Ministry from his position as a justice of the Supreme Court. For the period of his ministerial term his duties as a judge were suspended.

The new president of the Supreme Court said that he is not concerned about political influence.
“It’s always better if 18 people, and not a single person, the justice minister, decide about the judiciary, judicial and material issues,” he said referring to his intentions to boost the powers of the Judicial Council.

The opposition parties have been firm about withholding their support for proposed laws that were tailored by the Justice Ministry under Harabin which would concentrate more power in the hands of the Supreme Court president and the Judicial Council. Parliament is expected to discuss the package of proposals in September.

“Whether these laws pass is in the hands of Smer deputies and, first of all, Prime Minister Fico,”
Žitňanská said. “In the current situation, however, we are seriously considering changes to the way the judiciary is established and are seeking ways to open the judiciary to public control.”

Lipšic told The Slovak Spectator that after the parliamentary elections in 2010 it will be necessary to make quite significant changes which will make the judiciary more open, more transparent and under more public control.

“Otherwise, there is a danger that the judiciary will be completely isolated, separated from the source of power which in Slovakia should be the citizens, and not the judges,” Lipšic said.

Currently Prime Minister Fico is managing the agenda of the Justice Ministry but, based on the governing coalition’s agreement, the right to pick this minister falls to the HZDS party and its chairman Vladimír Mečiar, who indicated that he would come up with a nominee by the end of June.
Lipšic said that the election of Harabin to the post could have been expected.

“Two years ago he installed there [in the Judicial Council] his own people through parliament, government and the president,” Lipšic told The Slovak Spectator. “The make-up of the judicial council is such that they are purely his people. So it hasn’t surprised me.”

Žitňanská suggested that Harabin might employ methods that he has used in past, whether as president of the Supreme Court or as justice minister, and she sees this as a reason for concern.
The president of the Supreme Court decides which justices will comprise the 3-person or 5-person senates of the court and, through the working schedule, would also decide which senate and which judges would hear appeals against the decisions of the Special Court, Žitňanská explained.

“These are significant powers and it is not all the same in what manner these are executed,” Žitňanská said.

Žitňanská said the fact that 15 members of the Judicial Council gave their trust to Harabin shows that the Slovakia’s judiciary today does not have the internal strength to discharge people, judges, who engender untrustworthiness in the judiciary, “not even in moments that are key for the Justice Ministry”.

The SDKÚ will submit its reform proposals during the autumn, Žitňanská said.

Žitňanská is doubtful about reversing the potential impacts of Harabin becoming the Supreme Court president. So is Lipšic, but he sees some possibilities.

“There are limited options within the constitution but it is quite possible that his powers could be significantly curbed,” Lipšic said.

There was a last-minute protest against Harabin by several non-governmental organisations in front of the Justice Ministry building where the Judicial Council voted on June 22. That protest followed a rally on June 19 that attracted several hundred people and started with the reading of a transcript of an audio recording of a phone conversation between Harabin and Baki Sadiki, who is suspected of being the head of an Albanian drug mafia in Slovakia. Both protests were initiated by the political ethics watchdog, the Fair-Play Alliance.

The alliance had also launched an electronic protest petition at a website, www.cervenapreharabina.sk, which means “Red Light for Harabin”. The alliance argued that the ‘first person’ of the judiciary should be a candidate with an unblemished record who performs tasks independently with deep respect for justice, truth and ethics. Such a person, according to the alliance’s website, should be able to lead by example.

“We see Štefan Harabin for his past concrete acts to be a direct threat to justice, independence, impartiality, honesty and the judiciary as such,” the Fair-Play Alliance wrote on its website.
“Minister Harabin was caught publicly lying at a parliamentary session and threatening a deputy as well as making unacceptable references to race and origin. Štefan Harabin has also had unacceptable personal contacts with a person suspected of drug-related crimes.”

The alliance was referring to the minister’s alleged contacts with Baki Sadiki and Sadiki's alleged involvement in the heroin trade.

Last September, opposition parties, at the initiative of Lipšic, who is currently an MP for the Christian Democratic Movement opposition party, launched a parliamentary attempt to have the justice minister sacked for what Lipšic called Harabin’s friendly ties with Sadiki. The no-confidence motion failed.

The local media, including the Sme daily, reported on the case in detail and printed a transcript of a tape-recording of a 1994 telephone conversation between Harabin (who at the time was a Supreme Court judge) and Sadiki.

Harabin subsequently sent letters to several publishers of daily and weekly periodicals asking for an out-of-court settlement totalling €600,000 for what he called articles that had severely damaged his good reputation and honour.