Dzurinda rejects any deal with Smer

DESPITE the current cabinet of Robert Fico still having up to one more year in office, the Slovak political scene has lately been animated by occasional bouts of speculation over the possible outcome of the elections due in 2010. Most recently came a statement by the leader of the opposition Slovak Democratic and Christian Union (SDKÚ) in which he categorically ruled out any post-election cooperation with Fico’s Smer party. 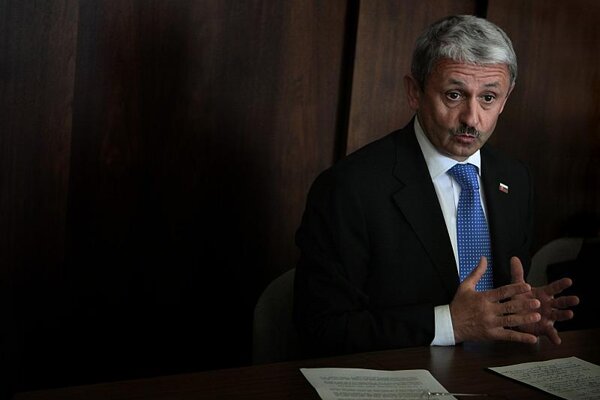 DESPITE the current cabinet of Robert Fico still having up to one more year in office, the Slovak political scene has lately been animated by occasional bouts of speculation over the possible outcome of the elections due in 2010. Most recently came a statement by the leader of the opposition Slovak Democratic and Christian Union (SDKÚ) in which he categorically ruled out any post-election cooperation with Fico’s Smer party.

“We will not, in 2010, enter a government which includes Smer, regardless of the people in it,” Dzurinda said on June 17, referring to earlier statements by Fico that he could imagine cooperating with the SDKÚ without Dzurinda and his deputy Ivan Mikloš.

According to Dzurinda, three years of rule by Fico and Smer has shown that they pursue politics that requires not correction but radical change. He said that Slovakia now has a one-party government, in which the two other members of the ruling coalition are mere seconds who always click their heels, the SITA newswire reported.

“It seems a bit funny to me that Mr Dzurinda is creating any kind of government a year before the elections; after all, he’s never won any elections,” Fico said in response to Dzurinda’s comments, as reported by SITA.

In the SDKÚ’s assessment of the Fico government’s three years in office, Dzurinda said that the economic crisis began in Slovakia not in the autumn of 2008 but straight after the 2006 parliamentary elections. Dzurinda was prime minister from 1998 until 2006.

He described the current governing style in Slovakia as brutal and indecent and said uncultured politics is being pursued in the country. He pointed to aggressive attacks aimed at the media, pension fund management companies and health insurers.

Dzurinda also criticised the government’s tolerance of vulgar language by coalition politicians and the ruling coalition’s inactivity in the case of former justice minister Štefan Harabin, a nominee of the Movement for a Democratic Slovakia (HZDS), who was recently elected Supreme Court president.

“I think it’s a demonstration of a clear intention, and that’s quite serious,” political analyst Grigorij Mesežnikov, the director of the Institute for Public Affairs, told The Slovak Spectator.
He said the SDKÚ had previously made such a clear distinction only in the case of Vladimír Mečiar’s HZDS, and it had kept its promise.

On the other hand, the SDKÚ is trying to demonstrate to potential voters its straightforward attitude to the current government and deter voters from backing political parties which have already declared that they will under no conditions enter a coalition with Smer, such as the newly emerged Freedom and Solidarity (SaS), Mesežnikov said.

The two other main opposition parties, the Hungarian Coalition Party (SMK) and the Christian Democratic Movement (KDH) did not rule out that prior to the 2010 parliamentary elections they would start talks to agree and coordinate their post-election steps too.

Mesežnikov said he was not underestimating the importance of some smaller parties, such as SaS, the Conservative Democrats of Slovakia (KDS) – which emerged after a split in the KDH – and Most-Híd, which is currently being established by breakaway SMK MPs.

“They can play the role of kingmakers, the role of the subject that will decide on the majority,”
Mesežnikov said. If a party like SaS, whose programme is close to the current opposition parties, makes it into parliament, and the result is sufficient to create a cabinet of centre-right parties, the power structure will be changed significantly, he added.

Dzurinda’s ultimate refusal of Smer as a possible coalition partner after the elections narrows down the manoeuvring space for Smer chairman Fico.

“The plans [that some people in Smer might have had] for a big two-party-coalition are now broken and they will have to consider other, less pleasant possibilities,” Mesežnikov said. On one hand, the KDH and SMK are much more problematic as potential partners for Smer than the SDKÚ; on the other hand, a Smer coalition with the SDKÚ could solve some of Smer’s problems connected with its current coalition partners, especially the Slovak National Party (SNS).

“This possibility has now disappeared, and that’s why I think that Fico cannot be very happy about these statements,” Mesežnikov