I’M A LONDONER, and usually I’m proud of it. Ours is a city where races and cultures converge – from all over Britain and all over the world. That’s what gives London its colour and its buzz. 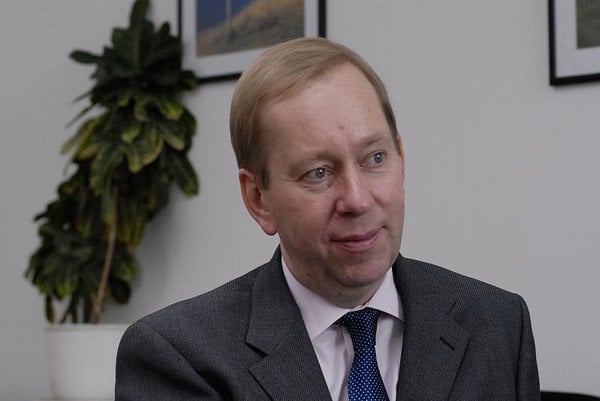 I’M A LONDONER, and usually I’m proud of it. Ours is a city where races and cultures converge – from all over Britain and all over the world. That’s what gives London its colour and its buzz.

We can eat food from around the globe at any time of day or night. We can hear hundreds of different languages spoken, and that’s just by the residents. We can worship at mosques and temples as well as churches. Our neighbours or our children’s school friends are as likely to be Black or Asian as White. And as fans of Chelsea, Arsenal or Tottenham, only a few of the players we cheer on a Saturday afternoon originate from Britain.

It hasn’t been easy getting there. In 1981, riots in Brixton, an area of London suffering from huge social and economic problems — high unemployment, high crime, poor housing and no amenities amongst a predominantly black community – were a shocking wake up call. And just 10 years ago, an official report into the failure of the criminal justice system to convict anyone for the fatal stabbing of a black teenager branded London’s Metropolitan Police as “institutionally racist”.

The report defined institutional racism as „the collective failure of an organisation to provide an appropriate and professional service to people because of their colour, culture or ethnic origin“, which „can be seen or detected in processes, attitudes and behaviour which amount to discrimination through unwitting prejudice, ignorance, thoughtlessness, and racist stereotyping which disadvantages minority ethnic people.“

Change has happened, and is ongoing. We have learned that diversity in business and more widely in our society is a strength. Yes, it brings challenges. But it also brings rewards – the 2012 Olympics, for example.

These lessons are being learned in other cities across Britain. Liverpool, adopted home of Slovak international footballer Martin Škrtel, enjoyed a successful stint as European Capital of Culture last year. In Cardiff, all public services are now offered in two languages. And in Belfast where, after decades of bloody conflict between nationalists (mainly Roman Catholics) and unionists (mainly Protestants), normality is returning to daily life. When something does go wrong, like the hate crime directed last week against Romanians who have made Belfast their home, arrests are made quickly and condemnation from politicians and civic leaders on all sides is swift and firm.

Slovaks have historically prospered from emigration, making good use of the freedom to live and work in other EU member states. So it shouldn’t be difficult to embrace multiculturalism at home.
I’m frequently told that “Slovakia is a Christian country”. Yes, it’s predominantly Christian. But where does this leave someone from the Jewish community, sadly depleted now but with a long Slovak ancestry? And should it be used to deny a small but growing Muslim community in Slovakia the possibility of worshipping in a mosque?

The war of words between nationalists on both sides of Slovakia’s border with Hungary too readily descends into unchallenged racist abuse. Verbal aggression isn’t just a game between politicians. As pupils from a school in Nové Zámky told me last week, it impacts on the relationships and welfare of children too.

In nearby Vienna, with its large immigrant Turkish and Bosnian populations, they say it isn’t just about money and state structures; you need to “show attitude” if you want to make a success of multiculturalism.

Next week, Slovakia takes over the Presidency of The Decade of Roma Inclusion, an agreement between eight participating Central European governments signed in 2003. This is an opportunity to take a hard look at the situation of Roma right across Europe with regard to education, housing,
employment and health. And Slovakia is well placed to do so, since considerable thought and effort has been devoted by both government and NGOs into achieving real change.

In part, progress is a matter of finding the money needed to improve the welfare of Roma. But it’s also about changing attitudes to open up employment opportunities in mainstream jobs. And to make that possible, steps have to be taken to ensure the inclusion of Roma children in mainstream, ordinary schools with pupils from the wider population, so allowing them to develop skills facilitating life among the majority population. Segregating Roma children in special schools which follow a more basic curriculum only compounds their difficulties and compromises their personal development.

Above all, improving the welfare of Roma requires all of us to stamp out the prejudice, discrimination and racist stereotyping which prevents their effective inclusion in society.
Striking this attitude could perhaps be a plank of Košice’s plans as it prepares to take on the role of European Capital of Culture in 2013.