SLOVAKIA used to be overshadowed by its larger central European neighbours as a destination for investments. But the adoption of the euro, Slovakia’s favourable tax system, and residents’ knowledge of English are making the country more appealing to potential investors compared to other countries of central and eastern Europe (CEE). And even though the global economic downturn has affected business, the strong support provided by the Embassy of Ireland and the recently-established Irish Chamber of Commerce in Slovakia makes Slovakia more visible on the Irish investment map. 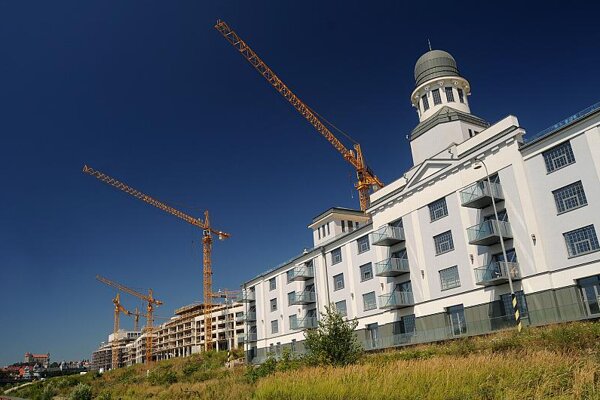 SLOVAKIA used to be overshadowed by its larger central European neighbours as a destination for investments. But the adoption of the euro, Slovakia’s favourable tax system, and residents’ knowledge of English are making the country more appealing to potential investors compared to other countries of central and eastern Europe (CEE). And even though the global economic downturn has affected business, the strong support provided by the Embassy of Ireland and the recently-established Irish Chamber of Commerce in Slovakia makes Slovakia more visible on the Irish investment map.

There are already a number of Irish companies with established production facilities in Slovakia engaged, for example, in manufacturing industrial, agriculture and medical products. Property development and construction are also sectors in which Irish companies are heavily engaged, led by Ballymore and Quinlan Private.

Irish companies continue to be interested in Slovakia even though the economic downturn has put a brake on some projects.

“There is no question that as Irish companies are learning more about Slovakia they are showing a keen interest,” Glen Farrell, the president of the Irish Chamber of Commerce and director of Investa Consulting, told The Slovak Spectator. “The problem Slovakia faced previously was that it was typically overshadowed by its larger central European neighbours. The adoption of the euro, though, has certainly brought Slovakia to the forefront of people’s minds when considering the CEE region. Euro adoption and the stability this offers to companies, the favourable flat tax system and the high quality of spoken English, particularly among graduates, are Slovakia’s key assets when being assessed against other CEE countries.”

Farrell also believes that the strong Irish support network now operating in Slovakia through the close co-operation of the chamber, the Irish Embassy and the Irish trade agency, Enterprise Ireland, is another significant reason why Slovakia’s appeal has grown.

The Irish Chamber of Commerce was established in mid-March with the initiative arising from the growing number of active Irish companies and individuals who are now based in Slovakia. Some of the larger and most established Irish companies that form part of its membership include Odenburg Engineering, a manufacturer of food processing machinery, PPI Adhesive Products, selling adhesive tapes in the region, and Murray O’ Laoire Architects, working in construction design.

“Although we are dealing with companies who are already active or hope to commence activity in Slovakia, we are also focused on delivering the message that Slovakia is a very suitable business environment to companies back home who may not have considered the country before,” said Farrell.
“In this respect we are co-operating closely with Enterprise Ireland and the Slovak Commercial Council office in Dublin. There is still a real lack of understanding and knowledge of the country and its favourable business environment among many Irish people, which is an issue we are jointly beginning to address.”

The chamber assists, in particular, Irish companies and individuals who are considering Slovakia as a country to invest in or to establish trade links. There are difficulties with attempting to establish operations in any CEE country and the chamber has worked to address these issues and make access to this market as smooth as possible for Irish companies, according to Farrell.

The economic downturn has reduced the current appetite of Irish investors as well as bilateral trade.

“While there are more Irish companies and individuals looking at Slovakia today than at any previous time, everything is being taken at a much slower pace,” said Farrell. “Investors moved extremely quickly while everything was on the way up over the past few years.”

But according to Farrell, at a micro level Slovakia has not felt the full impact of the recession, so until this happens and people perceive that the bottom has been reached, investors will by-and-large hold off. He expects that this quite-active research by Irish groups, though with minimal current investment activity, may last another 12 months, “but as the tide turns we expect real, heavy growth in trade and investment”.

Farrell expects a significant decrease in 2009 bilateral trade against the past few years, even though the impact should be lower relative to the disruption of trade between Ireland and other EU members.

Trade activity between Ireland and Slovakia is currently most focused on office and data processing machines, electrical machinery and medical and pharmaceutical products but Irish companies currently looking at this market come from a broad range of sectors.

Trade grew by 76 percent from 2003 to the end of 2008 with merchandise trade peaking at just over €100 million last year. Most notably, service exports to Slovakia have exceeded merchandise exports and peaked in 2007 at €117 million, Farrell said.

“While there is no question that these figures won’t be matched in 2009 or perhaps even in 2010, the groundwork is being laid for many more Irish companies to establish trade ties with Slovakia so that as the respective economies recover we expect to see trade with Slovakia to develop rapidly.”