WHAT started as an open letter by one employee who said he had lost all reasons to be proud of his employer swelled into a massive employee revolt within the state forestry company against what they called complete mismanagement of public funds. It finally resulted in the prime minister calling on the agriculture minister to sack the entire management of the company. 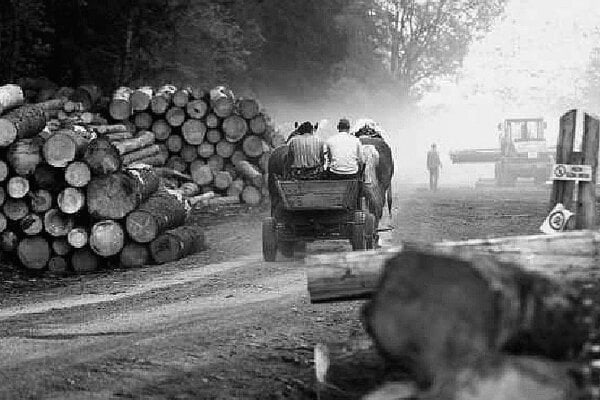 WHAT started as an open letter by one employee who said he had lost all reasons to be proud of his employer swelled into a massive employee revolt within the state forestry company against what they called complete mismanagement of public funds. It finally resulted in the prime minister calling on the agriculture minister to sack the entire management of the company.

The national forestry company, Lesy SR, which administers forests and related assets owned by the state, has been in the spotlight since it requested a loan of about €67 million from its owner, the Ministry of Agriculture. The management of Lesy SR said that its dire economic situation was critically affected by a fall in world prices for wood.

But the company’s employees were of a different opinion. They said that the management of the company was involved in grave mishandling of public funds by continuing to supply timber to firms with huge unpaid debts, by renting hunting grounds at disadvantageous rates, by non-transparent sales of timber and even by buying two lavish tables for the general director’s office with a Sk700,000 (more than €23,000) price tag.

The employees then did much more than just writing their open letter: they filed a complaint with the Banská Bystrica district prosecutor and provided a list of specific incidences they viewed as mishandling of public funds and they then spoke to the prime minister and insisted that Jozef Mindáš’s career as the general director of Lesy SR be promptly ended.

And Prime Minister Robert Fico agreed. He called on Agriculture Minister Stanislav Becík, a nominee of the Movement for a Democratic Slovakia (HZDS), to recall Mindáš and the entire management of the company.

“We have no reason to hesitate if there is such a situation and there is tension there; the management practically is granted no-confidence and thus these people must immediately quit their positions,” said Fico as quoted by the newswires. “If they don’t leave on their own, then the agriculture minister will have to sack them very promptly.”

Fico also said that he no longer sees a reason to initiate a loan for Lesy SR until management is reshuffled and doubts about the previous managers’ ineptness are erased. Fico’s government then suspended further discussion about the loan.

“I am addressing this open letter to you for a relatively sad reason: I stopped being proud of our company,” reads the open letter from an employee dated June 24 which subsequently launched a wave of protest within the company. It was provided to The Slovak Spectator by the discontented employees.

The letter states that Mindáš made several decisions which harmed the company’s position: he recalled a director whose work had been beneficial for the company; he tolerated contracts that his critics viewed as harmful for the company; and he approved the sale of property which, given its historical value, seemed more of a loss-maker than a profitable transaction.

After a wave of supportive emails in response to the first letter, a group of employees wrote an open letter to both the prime minister and the agriculture minister saying that they were deeply concerned about the situation of their company.

“For a long time we have been seeing the worsening situation of our company which is not caused only by the global economic crisis but also by the incapability of the management to tackle it under the leadership of the current general director,” reads the letter dated June 25, provided to The Slovak Spectator. “The management of the company has not yet provided us employees with any serious and real plan about how the firm will tackle the current problems. On the contrary, by its passiveness, irresponsibility and incompetence the situation of the state forestry company keeps worsening.”

The situation also gave birth to a public petition called “People for the Forests” which was signed by forestry experts as well as artists and significant personalities in public life.

The petition calls on the government to make sure that the country’s forests are not abused but rather are permanently preserved for future generations.

“We demand that forest organisations and companies manage the forests in Slovakia in a responsible manner and in a transparent way without influences and lobbying from interest groups,” reads the petition provided to The Slovak Spectator. “We are against turning the forests into an object of political bargaining.”

The employees of Lesy SR suspect that millions of Slovak crowns have been mishandled and wasted by the current management. The Sme daily newspaper has published on its website the whole list of alleged wasteful actions submitted by the Lesy SR employees.

Not a new problem

Radovan Kazda of the Conservative Institute think-tank said that problems with the state-run forestry company have been dragging on for several years.

“[Former agriculture minister] Zsolt Simon during his term decided to carry out a restructuring of the company and its transformation into a joint stock company,” Kazda told The Slovak Spectator. “He did so considering the fact that there were unsatisfactory economic results.”

According to Kazda, Simon had been preparing the transformation for three years then he abruptly ended it by saying that the transformation had in fact already happened and that Lesy SR’s operations were similar to those of a joint-stock company.

“However, the same non-transparent business methods remained in the company which led to this unusual situation in which the employees themselves initiated a petition for the recall of the current management,” Kazda said.

Kazda stressed that it is indeed an unusual situation.

“If the state forests were in private hands this never could have happened since a private owner would try to make the most effective decisions possible so that the company did not slip into losses,” Kazda said.

Kazda does not think that the current agriculture minister should now pay with his post for the emerging situation. Neither does Prime Minister Fico. Fico has already said that he will not sack Becík since he has been serving as agriculture minister for only a short period. However, Fico said the minister must promptly appoint new management to the state forestry company.

Minister Becík said that the question of who bears what share of responsibility for the situation must be carefully considered.

Mindáš, a nominee of the junior member of the governing coalition HZDS party, first said that the letters were merely a campaign to discredit him. The HZDS party had not expressed any public position on the situation as The Slovak Spectator went to print.

However, some media have already pointed to a HZDS connection: Mindáš’s advisor was Ján Gálik, the son-in-law of HZDS chairman Vladimír Mečiar. Mečiar has said that Gálik signalled at an early point that many bad decisions had been made in the company but that Gálik’s opinions were not respected, according to the SITA newswire.

Mindáš, who has said he would resign, rejected the claims that his decisions, along with the decisions of other company managers, were influenced by cronyism and lobby groups and that the current management had in any way impeded the consolidation of the company's financial situation, SITA wrote.