THE DROOPING Hungarian forint, Czech crown and Polish zloty are all slowly recovering; domestic petrol prices are surging; and local retailers are taming or even cutting their prices. 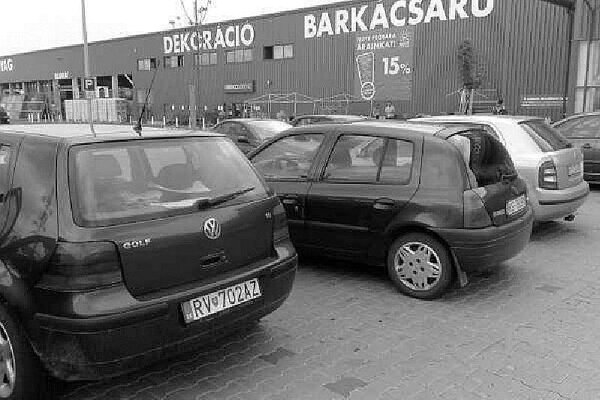 THE DROOPING Hungarian forint, Czech crown and Polish zloty are all slowly recovering; domestic petrol prices are surging; and local retailers are taming or even cutting their prices.

Together these three factors mean that Slovaks who live close to the borders with Hungary, Poland and the Czech Republic may no longer find as much advantage in massive cross-border shopping sprees.
Over the past couple of months “cross-border shopping tourism” became a term frequently used in economic reports but starting in late June local media, such as the Sme daily, began writing about a decline in the Slovak shopping exodus, mainly to Hungarian towns.

What were becoming regular shopping trips by Slovaks to the surrounding countries, mainly those of the Visegrad Four, were fuelled by the weakening currencies of these countries due to the economic crisis, an analyst with Poštová Banka, Eva Sárazová, told The Slovak Spectator. Slovaks were able to do their shopping in these countries with total bills tens of percent less, she added.

“In times of crisis people tend to reconsider their shopping habits and search out where they can buy at better prices,” Sárazová said. “The cheaper fuel prices also supported Slovaks’ travels abroad.”

The mounting concerns of currency investors and traders were the first reason behind the weakening of those currencies since in difficult times investors are inclined to choose more secure currency harbours, such as the euro and the US dollar, Sárazová said.

Slovenská Sporiteľňa senior analyst Mária Valachyová agrees that the ailing currencies of neighbouring countries were a driving force for shopping tourism. She also suggests that some of those advantages still prevail.

“For example, the Hungarian forint since the mid-point of 2008 when it was at its maximum level of HUF230 for €1, weakened by almost 38 percent to stand at only HUF316.5 for €1 in March 2009, which made shopping in Hungary very attractive,” Valachyová told The Slovak Spectator. “There was a similar development in the Czech Republic, though slightly less dramatic, while the Polish zloty weakened even more that the forint."

Since March the forint has erased almost half of its exchange fall and is currently trading at HUF273 for €1, Valachyová said.

“In other words, advantages thanks to the weaker exchange rate still prevail because the forint has 20 percent less value compared to its maximum level from a year ago but it is no longer as low as the 38 percent exchange drop it reached during the spring,” Valachyová added.

“According to estimates by the Erste group, the currencies of the neighbouring countries should continue strengthening against the euro through the end of the year which should help to balance differences between the prices in Slovakia and surrounding countries,” Valachyová said. “It is then possible that the cross-border shopping tourism, after a certain time, will decline in attractiveness.”

“People are watching the exchange rates of currencies as never before and they are able to carefully make the calculations of where it is best for them to do their shopping,” Sárazová said.
If the currencies of Slovakia’s neighbours continue gradually to strengthen against the euro then shopping tourism should further weaken, Sárazová added.

“Also, under the influence of weaker domestic demand and the purchases being made by Slovaks abroad, Slovak retailers curbed their prices or only minimally increased them,” Sárazová said.
“Many of them are pointing out in their flyers that shoppers can buy several kinds of goods in Slovakia at a better price than our neighbours can,” she added.

Moreover, the increasing prices for fuel might be a reason for some Slovaks to reduce their journeys to Hungary, the Czech Republic, Poland or even Austria, a fellow eurozone member.

An analyst with ČSOB bank, Silvia Čechovičová, said it is hard to assess at this point whether the calmer level of cross-border shopping is a lasting change.

“It would really depend on the development of the exchange rate of the Hungarian forint towards the euro and whether its strengthening trend is sustainable,” said Čechovičová. “It is mainly in the hands of external factors – the development of aversion towards risks in global markets.”

Both Čechovičová and Valachyová said that Hungary’s plan to increase its VAT rate in July from 20 percent to 25 percent might also contribute to a further brake on shopping tourism since the hike would result in higher prices for Slovak shoppers.

With all the benefits it might bring to those Slovak citizens who can manage to shop abroad, doing so does not have a positive impact on domestic consumption recorded in Slovakia, Sárazová said. And because household consumption is part of Slovakia’s gross domestic product its slowdown or fall has a negative impact on the economy of the whole country, she added.