There is no short cut

AS A SMALL, open economy without any natural resources the Slovak Republic has to be conscious of its competitiveness especially in times of crises. 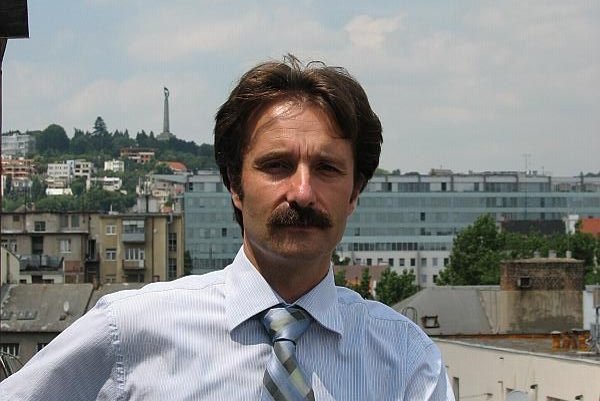 AS A SMALL, open economy without any natural resources the Slovak Republic has to be conscious of its competitiveness especially in times of crises.

To be an open economy is nowadays nothing special as almost all economies worldwide are more or less open. An exception may be North Korea. But with a trade volume which is about 150 percent of its gross domestic product (GDP), the Slovak Republic is in an exceptional position. Germany, for example, records a share of only half the Slovak value.

The deep interdependence with other European economies contributed strongly to the long-lasting boom during this decade. The other side of the coin is vulnerability to the economic situation in these countries. The current downturn has deeply affected economic development in Slovakia. As a result of shrinking external demand, the Slovak economy has fallen into recession.

All the same, it will not help to turn the national economy into a “closed shop”. Protectionism cannot be the solution anyway, since Slovakia lacks resources. Throwing around huge sums of money and saving companies from bankruptcy will not lead it out of the crisis either. What the country needs is to build upon its strengths.

These strengths were, in the past, first of all membership in the European Union and the eurozone as well as its location in the heart of Europe. These milestones will remain in the future. Another important reason for the economic development of the country was the well-educated and available labour force combined with moderate labour costs. The flat tax became the international emblem of the Slovak Republic. It offered investors a simple and transparent tax system combined with a low tax burden.

Under these circumstances the Slovak Republic became a well-known production site mostly for European countries whose companies moved a part or even the whole of their production lines to this country between the Tatras and the Danube. They provided the economy with billions of euros in funds and created thousands of jobs. German investors, for instance, generate nearly 25 percent of Slovak GDP and employ more than 85,000 people, representing 3.5 percent of the whole labour force.
In recent years, however, the advantage that Slovakia offers to companies has been steadily decreasing since other countries have entered the market. These competitors have come up with even lower wages and taxes, which makes them more attractive to labour-intensive producers.

The crisis we are facing now will not stop this development but rather delay it. In order not to enter a downward spiral and to prevent wage competition Slovakia is forced to concentrate on its own strengths in order to emphasise its position in the international division of labour. The Slovak Republic is no longer considered a low cost country abroad. Wages have been rising and so has productivity, which makes higher wages possible and to some extent also higher living standards and greater wealth for the whole population. A further increase in wealth is only possible – in the long run – by steadily increasing the knowledge of the labour force and by doing so faster than other countries. Higher practical education combined with modern equipment will raise productivity and with this will come the possibility of higher wages.

Public investment in modern theoretical and practical education is the basis for maintaining competitiveness. And to be frank, it is too important to just hand it over to companies which are in need of specially qualified labour. Responsibility lies with the state. Other discussions like distribution of wealth or minimum wages treat just the consequences but not the cause. This is of course no sexy solution. It is difficult to handle and it will take time, perhaps several years at least, before the first results can be seen. Unfortunately, there is no short cut and no easy way out. The sooner you start, the better the results you will achieve.