Automotive and energy industries remain at the centre

GERMANY is traditionally Slovakia’s biggest trade partner and is one of its largest investors. The economic crisis has slowed down trade and reduced the German appetite to make investments right now, but despite this Slovakia remains a popular destination for German investments thanks to its tax system and educated labour force as well as good business opportunities in the automotive industry and the energy sector. Adoption of the euro in 2009 has added another shining point to draw investors and entrepreneurs into Slovakia. 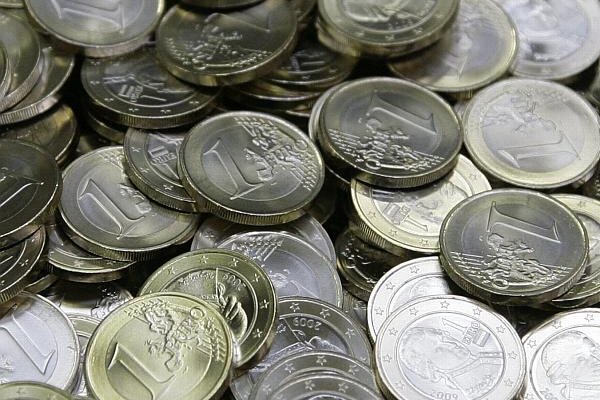 GERMANY is traditionally Slovakia’s biggest trade partner and is one of its largest investors. The economic crisis has slowed down trade and reduced the German appetite to make investments right now, but despite this Slovakia remains a popular destination for German investments thanks to its tax system and educated labour force as well as good business opportunities in the automotive industry and the energy sector. Adoption of the euro in 2009 has added another shining point to draw investors and entrepreneurs into Slovakia.

“The volume of foreign trade between both countries amounted to €19 billion last year,” Markus Halt, the economist of the German-Slovak Chamber of Industry and Commerce told The Slovak Spectator. “That equates to one fifth of Slovakia’s whole foreign trade activities. Commonly traded goods are cars and car components as well as machinery and electrical products.”

Due to the economic crisis, German-Slovak trade has recently contracted sharply.

“German export industries, particularly the car industry and engineering have been seriously hit by the crisis,” said Halt. “The lack of external demand results in a slowdown of trade activities between Germany and Slovakia.”

Germany is one of the biggest investors in Slovakia. According to statistics issued by the National Bank of Slovakia, German companies have invested nearly €4 billion in the Slovak economy, ranking second behind the Netherlands. According to statistics issued by the Bundesbank (the central bank of Germany), which include investments made also via foreign subsidiaries, Germany is the largest investor in Slovakia with a volume of nearly €6 billion.

“All in all, there are more than 400 German companies operating in the Slovak market,” said Halt.
“They employ 87,000 people and account for sales of €16 billion annually. German companies represent nearly one-fourth of Slovak gross domestic product.”

Deutsche Telekom holds 51 percent ownership in Slovak Telekom, whose T-Mobile unit is the second biggest mobile operator in the country. The Volkswagen plant in Bratislava has drawn a number of German subcontractors which also supply products to other carmakers in Slovakia. Getrag Ford Transmissions Slovakia, operating in the industrial park in Kechnec in eastern Slovakia, is one of a number of German companies producing car components in Slovakia.

More investors have also been discovering Slovakia as an ideal place as headquarters or logistics locations for central and eastern Europe. German chemical concern Lanxess is one of them as it set up its CEE seat in Bratislava at the beginning of 2008.

As Flemming B. Bjoernslev, the director of Lanxess CEE in Bratislava told the Revue Priemyslu industrial monthly, Lanxess picked Bratislava after a thorough consideration of several countries and cities including Warsaw, Prague, Budapest and Vienna.

“More reasons were speaking to the benefit of Bratislava – and since the extension of the European Union it is actually in the centre of Europe,” Bjoernslev told the monthly.

Lanxess did not want to build storage facilities in all these countries even though it wants to get its goods to customers in these countries within 48 hours and, as well, the building of additional warehouses would have made its goods more expensive. So the heart of the question was how to quickly get its products to CEE customers and Lanxess decided that from Bratislava it is equally near to Austria, Hungary and the Czech Republic as well as southern Poland, Bjoernslev told Revue Priemyslu.

Among other reasons why Lanxess chose Bratislava was Slovakia’s flat tax as well as non-bureaucratic attitudes and efforts to create good conditions for the arrival of new investments.

Volkswagen has also decided to extend its investment in Slovakia as it plans to produce its New Small Family cars in Bratislava. This means creation of 1,500 jobs and investments of €308 million. This will increase the Bratislava’s plant production capacity to 400,000 cars annually. The first of VW’s New Small Family of cars will roll off the assembly lines in 2011.

On the other hand, Continental has been reducing its staff in Slovakia. It plans to lay off a total of 265 people at its plants in Púchov, according to the SITA newswire. Lower demand for truck tyres and lower sales of machinery, by as much as one-half, are behind this decision. The production will move to Germany.

Even though the economic crisis has decreased interest from Germany in new investments, the level of German investment in Slovakia remains stable mainly due to expansion of current investments, according to Halt.

A survey among German investors in Slovakia which the German-Slovak Chamber of Industry and Commerce conducted recently shows that nearly 40 percent of respondents plan to invest at the same or even a higher level compared to last year. The survey also shows that German companies stand by their decision to invest in Slovakia as 83 percent of the German investors said they would invest again.

Adoption of the euro in Slovakia is also keeping Slovakia interesting for German investors.

“It annihilated currency risks and has led to higher transparency in accounting and reporting,”
said Halt. “After the economic crisis is over and investment in central and eastern Europe rises again, Slovakia’s membership in the eurozone will prove to be a remarkable location factor.”

Halt considers the automotive branch and its subsidiaries as having the largest potential for future cooperation.

“The industrial structure in western Slovakia is excellent; taxation and labour costs are comparatively low and the labour force is well-educated,” explained Halt. “Renewable energies and energy efficiency also secure sustainable business chances. Energy security is already an important topic in Slovakia and will become even more important in the future. The gas crisis has shown the vulnerability of the Slovak energy sector.”

Slovakia has already utilized some German experience in environmentally-friendly production. Halt told The Slovak Spectator that Slovakia has, for example, imported technologies from Germany aimed at reducing carbon emissions.

The German-Slovak Chamber of Industry and Commerce organised several events which contributed to the deepening of Slovak-German cooperation in the fields of renewable energy. Different symposia and business trips concerning biomass and biogas as well as geothermal energy gave German producers the opportunity to establish contacts with Slovak companies.

“Slovakia has rich resources for utilizing renewable energy but lacks suitable technologies,” said Halt. “These can be provided by German companies which belong among the world’s leading suppliers.”
In the second half of 2009, the German chamber of commerce will arrange another symposium on energy efficiency.

“The Slovak economy still consumes too much energy in comparison to Germany which has deployed use of low energy-consuming equipment,” said Halt.