A deep draught of Tatras delight

EVEN as late as the second half of the 19th century, Štrbské pleso was still surrounded by untouched wilderness. 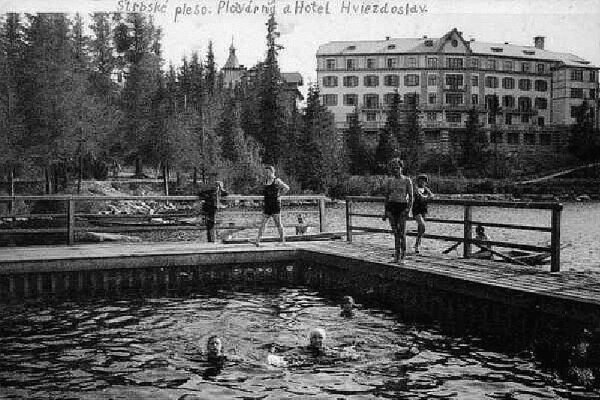 EVEN as late as the second half of the 19th century, Štrbské pleso was still surrounded by untouched wilderness.

The first tourists started visiting the second biggest tarn in Slovakia at the end of the 19th century. These real tourists did not mind sleeping in a gamekeeper’s cottage. It was not until the early 1900s that the first hotels appeared at Štrbské pleso. By the time the government-funded construction of the Hviezdoslav Hotel was launched in 1916, the tarn had become a popular spa destination. The building, attached to the Villa Joseph on one side and to a restaurant on the other, was built according to Hungarian architect Quidó Hoepfner’s design, later modified by his Czech colleague Alois M. Pinkas.

This postcard from the 1920s shows a scene that would be hard to imagine in the High Tatras today.
People are merrily bathing in the icy tarn, the waters of which are of glacial origin. One can only wonder whether it was because of their carelessness that the hotel later became a sanatorium providing treatment of upper respiratory system disorders.