THE SEVENTEEN-year-old Art Film Fest this year acted its age. Like a true teenager it at first frowned on its visitors, sending rain and eleven thunderstorms in eight days down on them, but in the end it made up for the outbursts by putting on its most successful event so far. 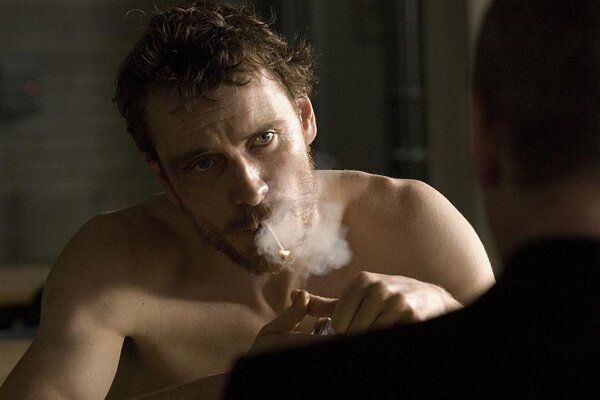 THE SEVENTEEN-year-old Art Film Fest this year acted its age. Like a true teenager it at first frowned on its visitors, sending rain and eleven thunderstorms in eight days down on them, but in the end it made up for the outbursts by putting on its most successful event so far.

With a record attendance of 23,281 viewers, and another 8,000 people taking part in the festival’s accompanying programme, the Art Film Fest, held in Trenčianske Teplice and Trenčín between June 20 and 27, was described by its organisers as “exceptionally satisfying”.

“For a film festival, nothing is worse than an empty cinema hall and nothing is better than a crowded one,” said Peter Hledík, Art Film Fest’s vice-president. “And this year, all cinema halls in Trenčianske Teplice were crowded.”

This was confirmed to The Slovak Spectator by Štefan Škultéty, the mayor of Trenčianske Teplice.
“On the last evening I went to the cinema and could hardly find a place to sit,” he said, smiling. “I found it absolutely fantastic.”

According to Hledík, this proves that the weather, which was much worse than in previous years, does not negatively affect the success of such events.

“I have come to realise that the weather does not matter so much,” he told the ČTK newswire. “It can spoil one’s mood, but certainly not a film festival.”

The heavy rain obviously did not disturb Art Film Fest’s special star guest, British actor Jeremy Irons, who arrived in Trenčianske Teplice on June 20 to affix a bronze plaque with his name to the Bridge of Fame, in what has become a festival tradition.

“Thank you for coming in this very English weather and for making me feel at home,” he said to spectators shortly before the ceremony, sheltered under the umbrellas of festival staff.

Peter Nágel, programme director of Art Film Fest, expressed his belief that this year’s event owed its unprecedented success partly to the attractive accompanying programme, including various free live concerts throughout the town, but mainly to the film selection, with around 150 films screened in 11 categories.

“Within the past five years, we have, to a certain extent, modified the concept of the festival line-up,” he told The Slovak Spectator. “We have started to seek an optimal balance among pieces reflecting new tendencies on the international film-making scene, movies that have become classics of world cinematography and those that are most representative of Slovak film culture.”

For Nágel, it was the third group that saw the most significant change in comparison with previous years.

“Slovak cinematography, which before used to play the role of Cinderella in Trenčianske Teplice, has made a huge and respectable comeback,” he said.

Among the screened pieces there were, beside other Slovak films, a group which had been produced in the first half of 2009. Some of them, such as X=X+1 by Juraj Krasnohorský, Moon Inside You by Diana Fabianová, Bratislava the Movie by Jakub Kroner or My Husband’s Women by Ivan Vojnár, even had their premieres at the festival.

“I am glad to say that as well as the authors of the screened movies, a great number of other representatives of the Slovak film-making scene also attended the event,” Nágel added. “So, besides record attendance, we consider it an important achievement that the 17th Art Film Fest became a platform for local film professionals, which should logically contribute to a still stronger presence by Slovak films at the festival in future.”

However, it was clear from the beginning that no Slovak director would win the top prize this year because the most prestigious category, the International Feature Films Competition, did not include any Slovak films.

The week of rain brought the festival’s main prize, the Blue Angel for Best Film, to Hunger, a movie about a 1981 hunger strike by Irish republican prisoners, directed by British director Steve McQueen. It had previously won a Golden Camera for Best Debut at Cannes in 2008. The 2009 winner of the same Cannes award, Samson & Delilah, a love story about two teenagers, directed by Warwick Thornton from Australia, earned Thornton a Blue Angel for Best Director.

But as Jan Kačer, president of the jury, said after the festival, the awarded movies were far from being Art Film Fest’s only valuable offerings.

“I must say there was not a single film that would not attract our interest,” he remarked. “Film festivals are not about luxurious hotels, beaches and red carpets. They are about good movies. And there were plenty of them in Trenčianske Teplice.”