WHILE income tax reductions and cuts to mandatory payroll taxes were the prescription that opposition parties and many economists said they would write for Slovakia’s aching economy, Finance Minister Ján Počiatek is now toying with the idea of some tax hikes. More taxes on alcohol and gambling would be the target if the idea turns into a plan, he suggested. 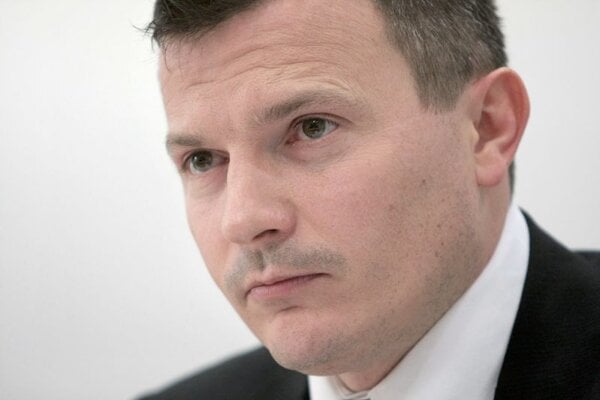 WHILE income tax reductions and cuts to mandatory payroll taxes were the prescription that opposition parties and many economists said they would write for Slovakia’s aching economy, Finance Minister Ján Počiatek is now toying with the idea of some tax hikes. More taxes on alcohol and gambling would be the target if the idea turns into a plan, he suggested.

Počiatek said on July 8 that Slovakia’s current tax system only works well in good times since it is based solely on a growth model and that some changes to the country’s tax system might need to be discussed soon.

“I wouldn’t rule out anything,” Počiatek said, as quoted by daily Sme. “But it is all about calculations, so we will see.”

He also confirmed that several options are being considered.

Local media on the same day published reports that Počiatek told the Financial Times daily that the Slovak government is not considering modifications to its income tax rates; that perhaps only taxes on gambling and alcohol would go up.

Počiatek’s statements came on the same day that the Slovak Statistics Office released a package of gloomy data on the country’s industrial production in May, which showed a 23.9 percent year-on-year fall. Slovakia’s industrial production has now slumped by 23.7 percent over the first five months of 2009 in comparison with last year. The statistics authority attributed the decline mainly to the global economic downturn.

Holes in the state budget

The state budget deficit reached €1.108 billion at the end of June, up from €832 million in May, the Finance Ministry reported on July 1. The deficit has now exceeded the sum planned for the whole of 2009 (€1.009 billion).

Market watchers suggested the decline in Slovakia’s GDP, predicted at a negative 6.2 percent for 2009, would result in a shortfall in state revenues of about €2.5 billion.

The Slovak parliament approved the general government budget at the end of last year, projecting a deficit of 2.1 percent of GDP. But that figure is sorely out-of-date.

The government has not yet sought to revise the state budget.

On June 16, Prime Minister Robert Fico said that revisions to the state budget will be on the agenda of coalition talks during the summer and a draft should be submitted in September. According to the prime minister, he had asked the Finance Ministry for the worst possible figures so that the budget would not need to be reopened multiple times, the SITA newswire wrote.

“I would appreciate it if we work with the most pessimistic estimate in order to avoid further revisions,” Fico said.

On July 8, Finance Minister Počiatek also said that next year promises to be a very tough year for the budgets of government ministries.

“I can say that after having a look at the initial figures, all ministries are likely to be very unhappy,” said the finance minister, as quoted by the TASR newswire, suggesting that the ministries will need to make drastic cuts.

The country's public finance deficit could climb up to 6 percent of GDP in 2009, double the limit allowed by the European Union’s budgetary rules. However, Počiatek was quick to add that in 2009 “all countries are way above the 3 percent boundary and the average across the EU will stand somewhere between 5.5 and 6 percent.”

“Even the (European) Commission views this year as a year of rescue and stimulation of economies,” Počiatek said.