SLOVAKIA’S national forestry company, Lesy SR, has hardly been showered with as much media attention over the past decade as it has received over the past two weeks. A large-scale revolt by the company’s employees against their bosses resulted in Prime Minister Robert Fico calling on the agriculture minister to sack the entire management of the company. 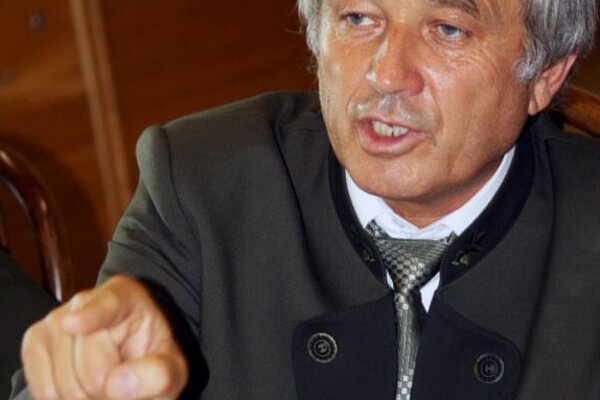 SLOVAKIA’S national forestry company, Lesy SR, has hardly been showered with as much media attention over the past decade as it has received over the past two weeks. A large-scale revolt by the company’s employees against their bosses resulted in Prime Minister Robert Fico calling on the agriculture minister to sack the entire management of the company.

Agriculture Minister Stanislav Becík had asked for about a week to decide the fate of the general director of Lesy SR, Jozef Mindáš, who then voluntarily resigned on July 7 citing unbearable pressures and “psychological terror” against him and his family as the reasons for doing so.

Employees of Lesy SR accused Mindáš and his management team of what they called complete misuse of public funds and they have also filed a criminal complaint against their managers with the prosecutor’s office in Banská Bystrica. While the management of Lesy SR, which administers forests and related assets owned by the state, mostly blamed the critical financial condition of the company on the global economic downturn and a fall in world prices for wood, the employees of the company said that the executives had failed to take effective steps to keep the company on its feet.

Industry observers said that the dire circumstances at Lesy SR had not emerged overnight and that the problems with the company had been building up and dragging on for years.

The massive employee revolt started with an open letter written by one employee who said he had lost all reasons to be proud of the company, which had earlier this year requested a loan of about €67 million from its owner, the Ministry of Agriculture.

Minister Becik said on July 8 that he has already picked a replacement for Mindáš, who had been a nominee of the Movement for a Democratic Slovakia (HZDS) party. However, the minister refused to provide a successor’s name saying that he had not yet officially recalled Mindáš.

“The psychological terror which broke out against me, and subsequently my friends and family, has prevented me from adequately defending myself,” Mindáš said, as quoted by the daily Sme. “I will do so only after quitting my post.”

Mindáš said that the current controversy is not doing any good for the company, the reputation of the forestry industry and the state forests. He also suggested that the whole situation was only a “media game”.

On July 4 Prime Minister Fico suggested that Becik would be making a very serious mistake if he failed to sack the management of the state-run forestry company. He also told the public service Slovak Radio that Becik will be expected to shakeup the entire management system of Lesy SR, which according to Fico, has not changed since 1989, the SITA newswire wrote.

Fico also restated that Lesy SR will not see a cent in loans from the state until the managerial ills within the company are mended.

The employees of Lesy SR said in their open letter that the company’s management was involved in grave mishandling of public funds by continuing to supply timber to firms with huge unpaid debts, by renting hunting grounds at disadvantageous rates, by non-transparent sales of timber and even by buying two lavish tables for the general director’s office with a Sk700,000 (more than €23,000) price tag.

The letter states that Mindáš made several decisions which harmed the company’s position: he recalled a director whose work had been beneficial for the company; he tolerated contracts that his critics viewed as harmful to the company; and he approved the sale of property which, given its historical value, seemed more of a loss-maker than a profitable transaction.

A group of employees then wrote an open letter to both the prime minister and the agriculture minister saying that they were deeply concerned about the situation of their company.

Radovan Kazda of the Conservative Institute think-tank said that an effective restructuring of the company has actually never happened.

“[Former agriculture minister] Zsolt Simon during his term decided to carry out a restructuring of the company and its transformation into a joint stock company,” Kazda told The Slovak Spectator. “He did so considering the fact that there were unsatisfactory economic results.”

According to Kazda, Simon had been preparing the transformation for three years then he abruptly ended it by saying that the transformation had in fact already happened and that Lesy SR’s operations were similar to those of a joint-stock company.

“However, the same non-transparent business methods remained in the company which led to this unusual situation in which the employees themselves initiated a petition for the recall of the current management,” Kazda said.