ILLEGAL drug use in Slovakia has changed in many ways since the nineties, after the borders of the country and its market opened for different kinds of goods and services – including illegal ones. Twenty years after, experts say the situation is stabilised but still differs from the countries of western Europe in the number of users, the kinds of drugs they use and public attitudes to illegal drugs. 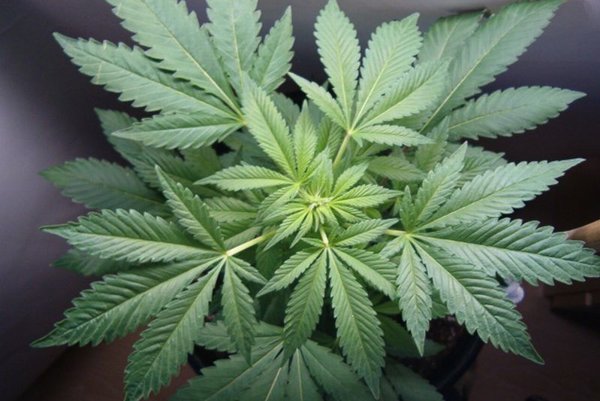 ILLEGAL drug use in Slovakia has changed in many ways since the nineties, after the borders of the country and its market opened for different kinds of goods and services – including illegal ones. Twenty years after, experts say the situation is stabilised but still differs from the countries of western Europe in the number of users, the kinds of drugs they use and public attitudes to illegal drugs.

The head of Slovakia’s National Monitoring Centre for Drugs (NMCD), Imrich Šteliar, believes the use of illegal drugs and drug addictions in the country is stabilized. Since 1994 the centre has been conducting population surveys every two years to find out about use of drugs among the general population. But according to the latest survey conducted in 2006, the number of persons who have never tried an illegal drug in their lives has dropped significantly since 1994 – from 94 to 76 percent among the adult population and from 90 to 64 percent among young people between 15 and 26 years of age.

“The survey also shows that currently the biggest problem is not the use of opiates, mainly heroin, as it used to be in the 1990s when the drug epidemic burst out and culminated [in Slovakia],” Šteliar told The Slovak Spectator. “The attention of users has turned to cannabis, the use of which is not connected with such visible and fast-developing health damage and the high level of addiction that was the case with heroin.”

According to Šteliar, products from the cannabis plant are currently the most frequently used illegal drugs among the Slovak population, especially among youth, because of their relatively easy accessibility.

“At the same time, we have recorded a dangerous trend of cultivating new kinds [of cannabis] with high concentrations of the active substance, which has already been projected into an increased number of users who have sought medical help due to use of marijuana as their primary drug,” Šteliar said.

According to a report by the European Monitoring Centre for Drugs and Drug Addiction (EMCDDA), because of Slovakia’s position in the centre of Europe, it has gradually since 1989 become a transit point on routes through which drugs are illegally transported. Cannabis, the consumption of which is increasing in all regions of Slovakia, is mainly supplied by domestic growers. In 2006, a facility for hydroponically-cultivating cannabis was found with about 460 kilograms of marijuana in various stages of processing, representing one of the largest seizures of this illegal drug in the last 10 years.

Pervitin, a methamphetamine drug, began to be produced in east Slovakia in 2006 and the ephedrine used for production of pervitin was trafficked from Turkey via Hungary by various organised-crime groups. Heroin is imported from Afghanistan and its distribution network is organised predominantly by the Albanian-speaking community in Slovakia. Additionally, cocaine trafficking is mainly in the hands of Albanian-speaking criminal organizations. The drug ecstasy is imported mainly from the Netherlands and Hungary and is available both in tablet and powder form, according to EMCDDA.

In 2007, between 13,000 and 35,000 Slovaks aged 15 to 64 were estimated – using data from addiction treatment programmes – to be problem drug users, about half of them being users of opiates, according to the EMCDDA report which defines problem drug use as intravenous drug use or regular use of opiates, cocaine and/or amphetamines. Ecstasy and cannabis are not included in this category. As cocaine is rarely used in Slovakia, the EMCDDA definition is practically limited to intravenous drug users and regular users of opiates and/or pervitin.

One of the negative trends observed all across Europe, including Slovakia, is a user combining several illegal drugs, often along with alcohol consumption. However, there are several other aspects of illegal drug use in which Slovakia differs from other European countries, especially the western ones.

Slovakia, together with the Czech Republic, is among the European countries with the highest number of people using pervitin. The import, and also later domestic production, of new synthetic drugs expanded particularly after the ‘heroin wave’ had eased up. In the last five years the use of pervitin, which is a synthetic methamphetamine stimulant drug, has increased significantly.

“There is a certain analogy with the use of cocaine in other countries,” Šteliar said, adding that in Slovakia cocaine is mainly used among the more affluent population and its extent of use does not reach the proportion recorded in western Europe.

Also notable in comparison with the rest of Europe is the behaviour patterns of Slovak youth.

“However, due to the very low rate of testing in the population there is a high risk of underreporting of cases for HIV, and the data are likely to underestimate the burden of the disease,” the report states about Slovakia. Šteliar does not fully agree with this interpretation and mentioned that prevention programmes and education have played a role in Slovakia minimizing HIV transmission.

Slovakia’s National Anti-Drug Strategy 2009 – 2012, passed by parliament in June 2009, puts prevention among the main tools to fight drug addiction and the risks and dangers connected with illegal drug use. According to Eleonóra Kastelová from NMCD, there is a well-designed universal infrastructure for prevention of drug abuse in the education system – from Slovakia’s kindergartens through to its primary and secondary schools – where the issue of drug addiction is integrated into several other topical subjects. The schools have prevention coordinators who closely cooperate with psychological and pedagogical prevention centres and regional health offices.

“Our basic prevention, just like in other European countries, is oriented toward the support of good health and a healthy lifestyle which excludes alcohol, smoking of tobacco, use of illegal psychoactive substances and risky sexual behaviour,” Kastelová told The Slovak Spectator.

Secondary preventive activities at schools focus on supporting, developing and strengthening children’s life skills which help them to cope with different stressful situations such as family problems, difficult relations with parents, or poor school results in ways other than by using drugs.

According to Kastelová, stronger prevention is needed among groups with a higher tendency towards repeated use of a drug and when users are not aware of their genetic predispositions, which creates fertile soil for the use of psychoactive substances to develop into a habit and later an addiction, which is regarded an illness. Kastelová said these are mainly groups in which people might have some primary life-problem that they attempt to solve by using drugs: Roma children and youth; children from families where the parents or siblings are drug users; or children living in poverty. But she added that teenagers and others who tend toward so-called recreational drug use, such as smoking cannabis with friends or taking ecstasy at a disco, belong among the at-risk groups also.

Prevention programmes adjusted to the profile of the target at-risk group have proven to be effective in countries like France (where cannabis clinics were introduced) and Germany (with its internet programme Quit the Shit) where cannabis consumption dropped significantly.

According to a Eurobarometer survey conducted among 15 – 24 year-old Europeans in May 2008 the awareness of the health risks connected with using cannabis is much higher in those two countries. While less than 30 percent of young Slovaks believe that cannabis poses a high risk to a person’s health, the rate is 46 percent in Germany and over 50 percent in France. The European average is 40.4 percent.

The statistics from the other side of the scale show the same correlation – while more than 3 percent of young Slovaks believe the use of cannabis has no health risks, in Germany and France only one out of 100 young people expressed this opinion.

According to Šteliar, the increasing tolerance of cannabis by the Slovak public is caused also by the media who sometimes misinterpret statistics.

“Drawing the image of ever-present marijuana that is used normally and almost daily can cause a shift in the perception of the dangers connected with the use of the drug,” Šteliar told The Slovak Spectator. “People will say it cannot be so bad if everyone’s doing it and nothing happens to them. But the consequences can often appear after some time, when even the connection with the drug use might not be so apparent.”

Šteliar believes cannabis might be legalised in Slovakia one day based on a political decision, but he is afraid it would negatively impact the drug addiction situation in the country – first, because marijuana produced today contains a much higher concentration of the active psychotropic substance than it did five years ago and secondly because the drug would be more widely accessible. He pointed to the historical experience with the damaging effects of legal drugs – such as alcohol and tobacco – on the health of individuals and the society. Legalisation, he says, would only make drugs which are proven to have negative effects more easily accessible.

“Any barrier which hinders the accessibility to a drug helps in prevention,” Šteliar said. “But of course, there is no sense in unnecessary criminalisation of users who need professional help rather than prosecution.”