Let us act together as a community

SADLY, interest in democratic elections is sometimes lower than desired, and not just in Slovakia. 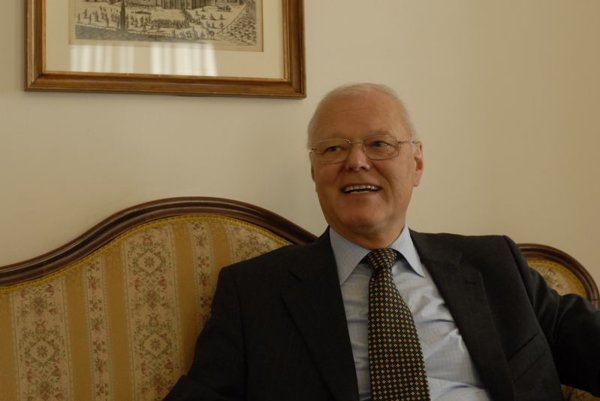 SADLY, interest in democratic elections is sometimes lower than desired, and not just in Slovakia.

Elections to the European Parliament, however, seem more affected by this phenomenon than others. The reasons are probably several: on the one hand, there is a lack of awareness about the importance of the European Parliament in the legislative process and how it actually works – i.e. the actions that MEPs can take – and, on the other hand, the public lacks precise knowledge about the personal qualities and positions of candidates. In Slovakia, furthermore, there may be a general feeling of reduced confidence in the political class as such.

How can these aspects be improved in the future?

Confidence in the European Union in general must be increased. Remember the celebrations of Slovakia’s five years of membership in the European Union two months ago. The highest state officials, beginning with the Slovak president, strongly emphasised their commitment to defend national interests in Brussels today and in the future. Now, that is something they would have done anyway, whether Slovakia were a member of the EU or not.

Much more important, however, the added value of being a member state of the European Union is to participate in the decision-making on the European scale on an equal footing with several much bigger states. Nothing of that was mentioned by Slovak politicians, not even before the European elections.

It is so much easier to be nationalistic than to admit one’s responsibility within the implementation of common interests of the entire union. To be fair, similar omissions can be spotted in other EU countries as well.

This leads us to the second aspect in this context. The main points on the agenda of the European Parliament are known many months ahead. Although a new commission is not bound to the proposals of the previous one, the projects ahead for a new parliament are known to the candidates running for election and they are supposed to reveal their position in relation to them. It is disappointing if not disenchanting for voters to miss in most cases any clear commitment by candidates. Instead, there too, assurances are to be heard about the defence of national or particular interests without any explanation of why such a position should be of relevance at the European level.

Such remarks are rejected frequently by arguing that the mechanisms and procedures of the European Union are extremely complex and confusing. It would be difficult for the man in the street to understand.

But how much more transparent and understandable are national parliamentary decisions? Do we not suspect that rather particular, if not personal, interests are more often pursued than the common good? Do not sometimes suspicions arise that the hefty monthly income of MEPs is more important than active participation in the decision-making process?

At the end of the day it is us who have to take things more seriously by, among others, not only participating in elections but also by requiring clear choices by politicians. While the single vote of an individual may not matter per se, the total number of votes is a power factor. Let us act together as a community. Those who have decided to lead us as politicians should be the first, however, to be reminded of their duty.

Helmut Wessely is the Austrian Ambassador to Slovakia