ITS GEOGRAPHICAL proximity makes Slovakia an obvious target for Austrian investments. While some Austrian business people say they have had experiences similar to what they have seen in other countries of central Europe, others have some complaints about Slovak bureaucracy and a poor level of legal security. 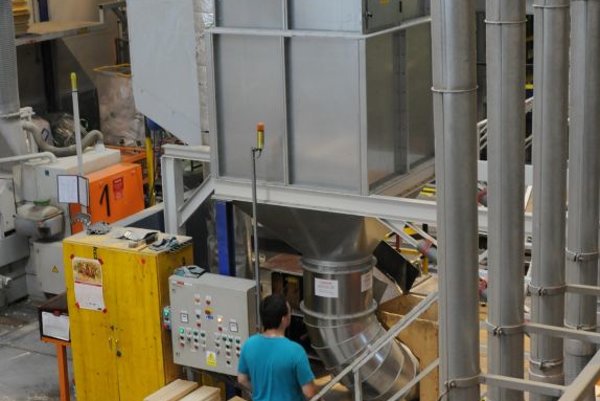 ITS GEOGRAPHICAL proximity makes Slovakia an obvious target for Austrian investments. While some Austrian business people say they have had experiences similar to what they have seen in other countries of central Europe, others have some complaints about Slovak bureaucracy and a poor level of legal security.

The Slovak Spectator spoke with Astrid Kares, spokesperson of Raiffeisen Evolution Project Development, Helmut Enzenhofer, the head of the organisational section at Slovakia’s branch of Oberbank AG, Andreas Klingen, head of group strategic development for Erste Group, and Petra Pohanková, marketing manager of the Slovak branch of personnel service provider Trenkwalder about the current business environment in the sectors in which they operate as well as their future plans in Slovakia.

The Slovak Spectator (TSS): What are the positive and negative experiences of your company operating in the Slovak market? Do you think that there are any barriers to doing business in Slovakia?

From a real estate developer's point of view, there definitely are barriers to doing business in Slovakia. Our most negative experience has always been obtaining permits. Considering that Slovakia has been a member of the EU for five years now, the legal security is rather poor.

Austrian Oberbank arrived in the Slovak market only recently. After a successful expansion in Germany, Hungary and the Czech Republic, the bank started to operate in Slovakia just this April. It opened its first office in Bratislava. So our experiences with launching a branch are quite fresh but we can say that they are in line with experiences we have gained in other countries of central Europe.

We believe that our so-far positive experiences from doing business in the Slovak market will also remain positive as our expansion plans are based on them.

Trenkwalder company has been gradually entering the Slovak market for personnel services over a quite long period of time and thus it knows the local market very well.

The nearness of Bratislava and Schwadorf, where Trenkwalder’s headquarters are, enabled us to monitor the changes taking place in Slovakia in relatively close detail and for that reason we were able to react flexibly to regional differences. The proximity of both markets enabled us to use Slovak managerial potential for the Slovak branch of Trenkwalder.

Our entry into an established company, Management Partners, brought us a strategic advantage from the viewpoint of its position and local know-how.

The truth is that there are many legislative barriers in Slovakia which inhibit firms from effective expansion. Because we provide personnel services, it is enough to mention the
inflexibility of the Labour Code.

During discussions about revising the Labour Code in 2007, employment via personnel leasing was almost cancelled legislatively. At that time Trenkwalder initiated a discussion with the labour ministry with the outcome that agency work continues as a specific position under the labour law.

The bureaucratic burden when doing business in Slovakia is relatively high but many directives arrive from Brussels and are common for the whole European Union. One of the administrative problems which we had to deal with in the past was employment of workers from countries outside EU.

Now, during the time of the economic crisis and layoffs it is funny to speak about a lack of workers, but at some point the crisis will be over and the demand for employees will increase again. Slovakia should use this period to adjust its legislative limitations so that it is able to compete with neighbouring countries.

TSS: What is your company’s vision for the future in Slovakia?

Oberbank is a strong regional bank with a 140-year old history and in spite of the global economic downturn it managed to boost its operating profit by over 13 percent to over €206 million last year. We announced our entry into the Slovak market in 2008 when the economic crisis and a general trend of cost-cutting and savings started to be visible. But this has not changed our expansion strategy. We have started to provide services in Bratislava and we plan to gradually expand to other Slovak regional capitals.

The bank has been growing in spite of the global economic crisis and it has enough funds to provide loans. As far as Oberbank is concerned, the so-often discussed lack of funds for loans is not a question. As a local bank, we stand behind our customers; we are helpful to them and we finance them also during difficult times.

Erste Group is one of the largest financial providers in central and eastern Europe in terms of clients and total assets, with a focus on retail and SME business. Being present predominantly in EU member states (95 percent of our 17 million clients live within the EU) Erste Group combines the stability of the EU framework with the benefits of long growth potential in these countries. Erste Group holds onto its successful strategy that aims for a strong position as a retail bank in all its core markets, supported by a strong deposit base and a well-balanced lending policy.

In line with the strategy of Erste Group, Slovenská Sporiteľňa will also further focus on retail business as its core business and concentrate on efficiency and profitability. In corporate business, the main target groups for Erste Group are SME and micro clients.

We expect that we will keep our position of number one in the market and we will endeavour to bring such products and services which are expected from the market leader. Last year we extended our business into the accommodation services segment when we opened the first Trenkwalder Hotel in Slovakia. We originally planned to go ahead with such activities in several other developed regions of Slovakia and provide travelling business people satisfactory accommodations at a higher standard. In this way we are also trying to encourage better working mobility. But the economic crisis has halted these plans for now.

TSS: In general, how do you see trends and development of the market in which you operate with respect to the global crisis?

The crisis has hit the personnel service market quite notably. In the past we solved the problem of how to fill vacancies when there was a lack of applicants. From the viewpoint of the agency, the current situation is more unfavourable because we cannot find work for all who want to work. But the crisis has also brought good news for those companies which need employees. The excess of applicants means that when a company searching for a worker turns to Trenkwalder, we are able to choose a really good candidate from the current supply in the labour market. Money invested into selection of a worker today, via an agency, is a very good investment for the future. These days the expectations of candidates are lower and the quality of candidates is higher so when proper selections are made the company manages to save huge expenditures since it does not need to invest into additional training for such employees.

One of the other main activities of Trenkwalder is personnel leasing which has suffered huge losses since the start of the crisis. During the last three months we have registered an increase in the number of workers placed via personnel leasing. This trend is, after six months of decreases, the first good news we have and it also mirrors a moderate increase in production in Slovakia. Firms are very cautious and during an increase in orders and start up of production they are oriented towards using flexible agency workers.

We see the Slovak banking sector as one of the healthiest in the European Union, well capitalised and in a comfortable liquidity situation. Of course, it can’t be said that the global crisis may have no further impact on the country given the situation in key markets like the German automotive industry, but we believe that the impact should be manageable.

Raiffeisen Evolution Project Development has been active in Slovakia since 2003. Our office in Bratislava currently consists of five employees. As our Vienna HQ is very close, at least another 10 to 15 employees regularly work on projects in Slovakia from Vienna. Our core markets are the CEE countries, including Slovakia.

Oberbank, which has a universal banking licence, entered the Slovak market this April. This step was preceded by expansion of our network in Germany, Hungary and the Czech Republic. The decisive factors that we pondered before our entry into Slovakia were the attractiveness of the economic environment, the expected economic growth above the EU average, a significant growth in personal consumption and exports, and favourable inflation levels. We equally believe that when compared with the general economy, the Slovak banking sector has a great growth potential. The introduction of the euro in Slovakia was also of high importance for us. This enabled us to use our existing banking information systems and programmes. This has significantly facilitated the entry of Oberbank into the Slovak market.

Oberbank plans to have 25 employees in Slovakia this year but this number will significantly increase during the next years as we open other branch offices across Slovakia.

Erste Bank became the majority owner of Slovenská Sporiteľňa in 2001 and since 2005 owns 100 percent of it. Slovenská Sporiteľňa was the most important financial institution in Slovakia, a country with a forward-looking economic policy and a high potential for growth in banking services – interesting size of the consumer market, high economic growth and growing financial intermediation and use of bank services.

Slovenská Sporiteľňa, with 2.6 million clients, is the largest commercial bank in the country and offers banking services in 272 branches and ten commercial centres in all regions of Slovakia.

Trenkwalder entered the Slovak market in 2003 when it acquired Management Partners Group which was active in HR services in Slovakia since 1991. Within our acquisition policy, we took over several personnel agencies in 2006, for example Študentský Servis, Kappa People, and MS-Atlas Slovakia.

For now we are focusing on permanent placement, temporary placement, consulting and student services. We have now launched accommodation services. Trenkwalder employs about 2,500 external workers and almost 100 internal employees in Slovakia.