THE ECONOMIC relationship between Austria and Slovakia is flourishing even though the economic crisis has made Austrian investors a little more cautious. The tradition of gradually building up cooperation is continuing and Slovakia's adoption of the euro has erased the possibility of exchange rate losses. 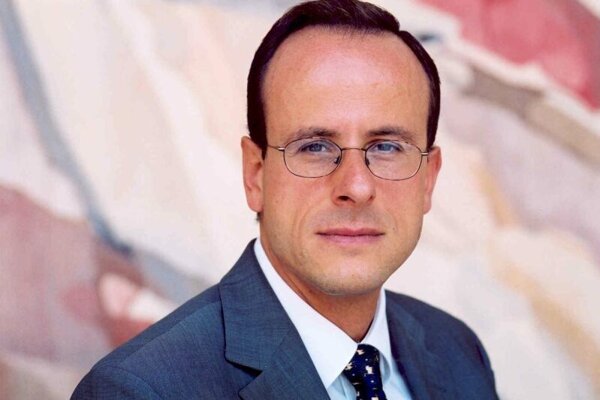 THE ECONOMIC relationship between Austria and Slovakia is flourishing even though the economic crisis has made Austrian investors a little more cautious. The tradition of gradually building up cooperation is continuing and Slovakia's adoption of the euro has erased the possibility of exchange rate losses.

The Slovak Spectator spoke to Konstantin Bekos, Commercial Counsellor at the Austrian Embassy in Slovakia, about current economic cooperation between the countries and the challenges of new cooperation primarily in the energy, transport and food production sectors.

The Slovak Spectator (TSS): Could you please describe the current state of economic cooperation between Austria and Slovakia?

In difficult economic times, like the current crisis we are facing, you discover who your true friends are. And I have to say that Slovakia and Austria are actually very good friends. This was highlighted by a recent survey conducted by the Commercial Section of the Austrian Embassy. Firstly, 94 percent of the Austrian companies say they are satisfied with their investment in Slovakia. Secondly, Austria is now the second largest investor in Slovakia with a 14.2 percent share of direct foreign investments in 2008. And this is not simply because others have withdrawn their investments. I firmly believe that in reality Austria should actually be number one because the Netherlands, currently in first place, is a country through which companies from the USA, France, Belgium and other countries make their investments in Slovakia. So Austria is actually the primary investor in Slovakia and this is a growing trend. This economic interrelationship is flourishing and this kind of cooperation and relationship between Slovakia and Austria will benefit both countries immensely after the crisis.

Both states are having a very hard time at the moment. Slovakia predicts a 6.5 percent contraction in GDP and Austria expects a 4 percent reduction in GDP this year. We both have a problem with high and growing unemployment. Trade by both countries was hit enormously during the first quarter of 2009 but this is in line with traditional patterns of cyclical growth and stagnation.

One very healthy aspect of the structure of Austria’s economy – it is based on small and medium-sized companies which are very flexible in times like these. The small and flexible companies can easily change their product line or their customers and they are not as inflexible as large corporations.

TSS: What are the most traded commodities between Austria and Slovakia? Could you provide the latest data about bilateral trade?

One product group we are extremely fond of exporting to Slovakia is food. These are high-quality products and organic lines. I would like to see Slovak food producers moving into organic foods so that we could also import from Slovakia. It’s up to Slovakia to look into manufacturing these high-end products. I view this as a very promising area of cooperation.

During the first quarter of 2009, Austria’s exports to Slovakia amounted to €425 million, down 22.1 percent compared with the same period of the previous year and Slovakia’s exports to Austria totalled €422 million, a fall of 27.2 percent year-on-year.

TSS: Is Slovakia an interesting prospect for Austrian investors? Has the current economic crisis affected the structure of investors’ interests?

Yes, Austrian investors have remained interested in Slovakia even though the structure has changed. There has been a slight pause as many companies are reluctant to commit to larger investments during a recession. But it has been always the tradition between Austrian investors and Slovak companies that the first investment step for SMEs was some kind of cooperation with the Slovak company, followed by a joint venture, which is ultimately followed by a larger investment. This tradition continues. I personally think there are a lot of interesting investment opportunities for Austrian companies, especially in central and eastern Slovakia as, so far, Austrian investments have gone primarily to western Slovakia.

With regard to the greatest potential for future cooperation these are in new technologies for energy production. Installation of alternative energy production capabilities means that we are not only becoming much less dependent on gas and fuel from external sources but that we are also creating new employment and making better use of existing resources.

For instance, I come from a small village in eastern Austria where four or five farmers producing energy from biogas cover all the energy needs of the entire village. They are able to use this gas to produce heat for the houses and fuel for the cars as well as electricity.

Actually, there already is some cooperation between Slovakia and Austria in this field. For example, Energiecomfort from Vienna has invested in a company in Prešov. This company produces heat from wood chips for 4,000-6,000 households in Prešov. Another two similar companies operate in Trnava and Nové Zámky.

The main condition for making investment in this area is the recently adopted energy legislation through which the Slovak government will guarantee a stable price for electricity produced from renewable energy resources for 15 years. This law makes this sector much more attractive for investors.

I think that Slovakia discovered during the recent gas crisis that it should have some alternatives to Russian gas. Now a lot of people are thinking about what they can do. Before, it was just automatic to turn on the valve and get gas. But the question is what will happen in 20 or 30 years’ time, or if Slovakia experiences another gas crisis? In the long run, it will be necessary to utilise alternative energy sources like solar power, wind energy or biomass in the regional parts of the country. Austria is internationally one of the strongest producers of these kinds of technologies so I find it logical that Slovakia and Austria will cooperate intensively in this area.

TSS: Which areas of cooperation do you consider having the largest potential for the future and why?

Apart from the energy sector, it is, for example, food production. Some links are already in place. For example, Milsy, which manufactures dairy products, is a member of Artax Group. Austrian company Lactoprot International, an affiliate of Artax, took over Milsy in 2001.

It is also a pity that Slovakia is not performing better in tourism. Here I think the biggest problem is that the level of services is not high enough. The problem is that people working in Slovakia’s tourism industry are very poorly paid, they are not really interested in retaining guests and that these people do not have a real profit from working in the sector. I think it is a structural problem. There is no system that encourages the residents, the businesses and the politicians to work together within a certain town to develop better tourism opportunities. This can be created only when you have a vehicle which pools all the power of one small region or town so they work together towards a common goal, rather than the mayor or hotel owner acting independently.

It is a pity that everybody is looking for industrial development but tourism could help the
regions where there is no industry, where there is a lot of unemployment.

Another issue is that the Slovak government, regardless which parties have controlled it, has not engaged in medium and long-term thinking as it takes more than five or six years to start tourism businesses and reap the rewards. Politicians normally think they have four years and during these four years people must see that they have been successful and, unfortunately, tourism projects of this kind do not bring this immediate success. But in fact this is enormously beneficial for the whole country. But then we come to the philosophy of Plato who was creating and stipulating what an ideal politician should be like.

Another area for potential cooperation is water transport, as the Danube River is far from being fully utilised for transport. The problem is that Slovakia does not have a big enough port on the Danube with proper links to the road network and rail infrastructure.

It would be extremely favourable to have one strong port where they could ship all the large-sized products on the Danube-Rhine canal. It would be much cheaper. Transportation prices on waterways are one quarter of the normal transport prices by road or rail.

I also like the idea of extending the existing broad-gauge railway from the eastern Slovak borders via Košice and Bratislava to Vienna. All such ideas are good, just to have an alternative to the sea for transport from China. It also strongly ties Russia with the European Union. This opportunity for interconnection will have a very positive impact.

TSS: Has the launch of the euro in Slovakia influenced the level of cooperation between Austria and Slovakia?

Yes, of course, it has had an extremely positive impact. I know that in Slovakia at the moment there is a problem with a drain of consumption to cheaper neighbouring countries which do not have the euro, but this is only a short-time problem. It is more fruitful over the long run to have one common currency in the main importing and exporting markets and these are the EU.

In the past, the appreciation of the Slovak currency was a huge problem for Austrian investors. In this way they were losing 7-8 percent annually. Normally 8-9 percent is the profit margin you create in one year so they were actually losing all their profit this way. So I think now this problem is resolved, so for investors adoption of the euro has been very positive.

TSS: Austria plans to completely open its labour market for Slovaks in 2011. How has this been influencing current economic cooperation between Austria and Slovakia?

There is no question that the Austrian labour market has to be opened. For me personally, I have always been disappointed that it was not opened up before. But the policy in Austria was that we also have unemployment and voters are sometimes unemployed and there was concern that if we opened the labour market we would import a lot of unemployment.

I think that not fully opening the Austrian labour market earlier will continue to have a negative impact over the long term. Because, had we opened our labour market earlier, we would have had a lot of Slovaks, Poles, maybe also Czechs, who would have entered the Austrian labour market, been incorporated into Austrian companies and after they knew the mentality and had gained experience then the company could have used them to start a branch of the company in their native country. Because investments here, as well as in Slovakia, usually function in this way. So if we had opened the labour market sooner, we would have had this kind of positive effect much earlier.