A FILM by Slovak director Marko Škop won the award for best documentary film over 30 minutes at the 44th Karlovy Vary International Film Festival on July 11. 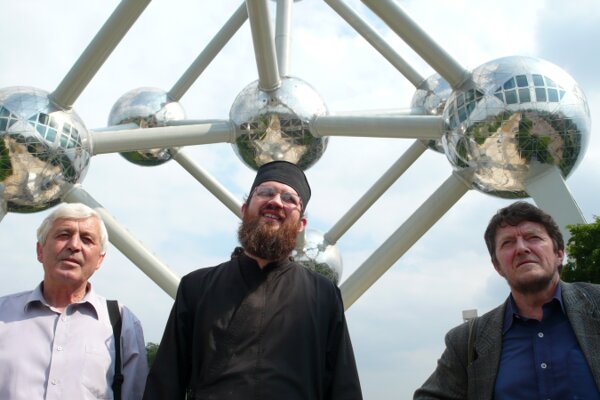 A FILM by Slovak director Marko Škop won the award for best documentary film over 30 minutes at the 44th Karlovy Vary International Film Festival on July 11.

For his “document-toury movie,” Škop followed two representatives of Osadné, a village on the farthermost eastern border of the European Union on a journey to the European Parliament in Brussels where they hoped to make some contacts in order to revive Osadné’s floundering tourist industry.

The camera follows the representatives, one an Orthodox priest and the other the mayor of the village, as they engage with a friendly European deputy in hopes of fulfilling their goal.


The priest, Peter Soroka, has buried 50 people in the past five years while he has baptized only two babies. Soroka’s civilian counterpart, Mayor Ladislav Mikuláško, has been the village mayor for a record 36 years.

These two unusual local boosters decide to take the future of Osadné into their own hands and, with the help of Ruthenian activist Fedor Vico, sought help from the highest authorities.

Similar to his previous film Other Worlds (Iné svety), for which Škop won the Audience Award and Special Jury Mention in Karlovy Vary three years ago, the director is concerned with the authenticity of “non-globalized” individuals who are deeply rooted in their community, as they confront the world beyond the borders of their native village.