AUSTRIA and Slovakia used to be part of one country. But changes in the world’s political order, horrible wars and totalitarian regimes erected barbed wire barriers and interrupted much regular contact between Slovaks and Austrians. The fall of the Iron Curtain in 1989 and the enlargement of the European Union to include Slovakia in 2004 has mended broken partnerships and brought new forms of cooperation. The Austrian Cultural Forum, operating under the auspices of the Austrian Embassy, was one of the early architects in renewing historical cultural contacts as well as building new ones. 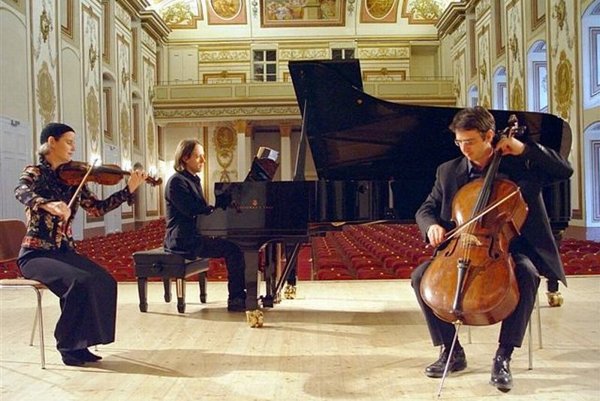 AUSTRIA and Slovakia used to be part of one country. But changes in the world’s political order, horrible wars and totalitarian regimes erected barbed wire barriers and interrupted much regular contact between Slovaks and Austrians. The fall of the Iron Curtain in 1989 and the enlargement of the European Union to include Slovakia in 2004 has mended broken partnerships and brought new forms of cooperation. The Austrian Cultural Forum, operating under the auspices of the Austrian Embassy, was one of the early architects in renewing historical cultural contacts as well as building new ones.

“In the historically, jointly-developing space of Slovakia and Austria, there is a rich palette of cultural events and organisations,” Susanne Ranetzky, the director of the Austrian Cultural Forum, told The Slovak Spectator. “Along with international festivals and large projects a lively artistic and cultural scene emerged in this space which is linked up with a long tradition of partnerships and networks which are often not visible at first sight. Valuable cooperation – which had been developing before – but particularly widened after the entry of Austria’s neighbouring countries into EU, has led to multilateral artistic production.”

Since the launch of this “foundation for the east” in 1989, KulturKontakt Austria has supported innumerable initiatives in education and culture in the countries of eastern and central Europe as they began their democratisation process.

Within the Haydn Year project, the Haydn Trio Eisenstadt performed in Galanta in early March during its ‘D2H’ – DedicatedToHaydn tour. The concert was held in cooperation with the Music School of Joseph Haydn in Galanta and took place at the local Renaissance palace.

‘My language is understood the world over’ is the best-known Haydn quotation and it has been adopted as the motto for the DedicatedToHaydn tour. Joseph Haydn first sent his musical message out into the world from Eisenstadt and his soul is receiving a response in the form of 18 new musical compositions. As part of the DedicatedtoHaydn composition project, six Austrian composers (Haydn's national environment), six European composers (Haydn's international environment) and six composers from every other continent of the world were invited to compose a Piano Trio to commemorate the bicentenary of his death. Now the Haydn Trio Eisenstadt is touring the world and playing the compositions.

Earlier this year, on February 21, the Central European Chamber Orchestra performed Haydn’s Symphonie in D-major, known as ‘Le Matin’, under the skilful baton of Ajtony Csaba before an enthusiastic Bratislava audience as part of the Haydn Reflected programme.

And the Haydn Year programme will continue with an exhibition called Universal Musical Genius in September and October. This is a joint project of the Burgenland Haydn Festival, the international private foundation of Joseph Haydn Eisenstadt, and the Austrian foreign affairs ministry and will be held in the Galanta museum housed in the Renaissance palace.

Among other events organised by the Austrian Cultural Forum this year, Ranetzky mentioned the presentation of Linz as European Capital of Culture in 2009 as well as an exhibition of images of Austrian sites on the UNESCO World Heritage List, both of which took place in February in Bratislava.

The Austrian Cultural Forum regularly participates in Bratislava’s Month of Photography. Last year it presented an exhibition called Fake Holidays by Reiner Riedler. Riedler’s photos depicted artificial worlds of leisure centres offering new experiences and adventures to those who cannot or don’t want to travel to remote destinations – or at least it gave them an impression of having done so. These refined, illusionary worlds enabled visitors to undertake skiing in Dubai or relaxing on a tropical beach in Berlin.

This year two Austrian photographers, Gottfried Helnwein and Timotheus Tomicek, will display their works at the photo festival with the main topic being the 20th anniversary of the fall of communism.

Austria sculptors are also regular participants in Bratislava’s Sculpture and Object programme which presents sculptures by Slovak as well as foreign artists in the streets, squares and courtyards of Bratislava as well as in its galleries. This year Austria is represented by three artists: Franz Türtscher, Eric Kressing and Herbert Hofer. The event lasts until late August.

“Later in 2009 the Austrian Cultural Forum will continue in its activities within the Haydn Year as well as on the theme What Joins Us – What Divides Us, subtitled Between Barbed Wire and Bridges, on the occasion of the 20th anniversary of the fall of the Iron Curtain,” Ranetzky told The Slovak Spectator. “I will complete my tour of duty in Bratislava in late summer and will leave the future of the Austrian Cultural Forum to my successor. I’ve spent exciting years in Slovakia and I will be able to proudly look back to these times when Slovak-Austrian cooperation was continuously intensifying.”