Towns and villages cry out

SLOVAK towns and villages are crying out that if they are not soon given help some municipalities, especially smaller ones, might collapse under the weight of the global economic downturn. The Club of Mayors of Towns of Slovakia says that even if towns and villages manage to hobble through 2009 by making budget cuts and other savings, 2010 will hit them even harder if no change is made to the way that towns and villages are financed. 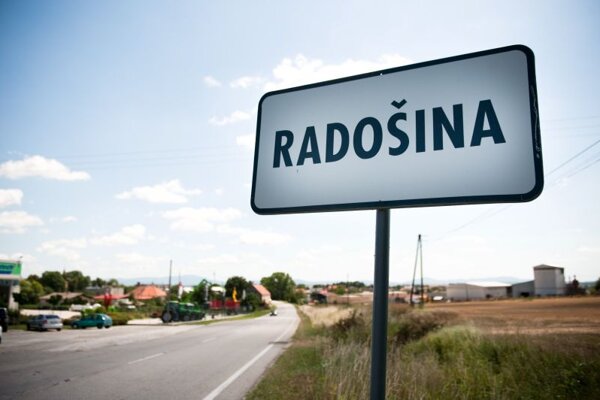 SLOVAK towns and villages are crying out that if they are not soon given help some municipalities, especially smaller ones, might collapse under the weight of the global economic downturn. The Club of Mayors of Towns of Slovakia says that even if towns and villages manage to hobble through 2009 by making budget cuts and other savings, 2010 will hit them even harder if no change is made to the way that towns and villages are financed.

“Some towns and villages are no longer able to fully perform some of their duties and services defined by law despite the savings measures they have applied,” Helena Poláková, spokeswoman of the Slovakia’s Association of Towns and Villages (ZMOS) told The Slovak Spectator.

ZMOS has already been involved in negotiations with the Finance Ministry over the financial situation of local governments. The situations differ among particular towns and villages, with the smallest villages having the greatest problems, Poláková said.

The municipalities are suggesting that a change in the distribution of revenues from income taxes paid by private individuals could improve the fiscal situation of local governments.

The executive secretary of the Club of Mayors, Marián Minarovič, said that municipalities have been saving money but that these savings are still not enough to mend the growing holes in their budgets.

“Most of the municipalities will finally be forced to use the option of covering their expenses from capital resources with a negative impact on economic and social stability and further development of the region,” Minarovič told The Slovak Spectator. “Thus the dramatic shortfall of revenues mainly in the upcoming years will, in reality, endanger the possibilities of drawing funds from the European Union.”

According to Minarovič, some larger cities such as Bratislava or Košice, which had created a strong reserve fund from past years, will be able to preserve the standard of public services this year after making a second adjustment to their budgets, but even they have already been forced to reduce their capital expenditures for specific development projects.

Minarovič also said that not only the global crisis but also some changes to legislation that were made by the Slovak state government to fight the domestic crisis have had a negative impact on the tax revenues flowing to municipalities.

The government increased the so-called employee bonus, which makes minimum wage earners eligible for negative tax, paid annually starting in 2009; and through another amendment to the income tax law, increased the non-taxable portion of incomes from €3,435 per annum to €4,026. Both measures impact tax revenues for municipalities, Minarovič said.

The Club of Mayors predicts the shortfall from revenues collected from private individuals in 2009 to reach €381 million; in 2010 the number might swell to €581 million and the club’s estimation for 2011 stands at €527 million.

The club also pointed out that municipalities are currently providing temporary jobs to as many as 180,000 people, which represents half the share of employment in the whole of public administration. Minarovič suggested that a steep drop in local government funds might endanger this employment.

“If there is a layoff of public sector employees it would mean a vicious circle since the drop of employment and the restriction of salaries would cause a further drop in tax revenues from private individuals and the need for additional cuts and firings,” the club wrote.

According to Minarovič, the municipalities are also providing significant services for private and corporate entities at both the local and regional level and the reduction of these services would have the same consequence: a decline in employment, a drop in salaries and an additional shortfall in tax revenues.

Poláková said that currently it is not possible to fully analyse the impact of the financial crisis on employment within the local governments.

“We, however, do not assume that there will be considerable layoffs,” Poláková told The Slovak Spectator. “The volume of tasks that towns and villages must perform does not make significant interventions into the number and structure of employees possible.”

Between 2004 and 2008 the number of employees of towns and villages was reduced by 12 percent.

Poláková told The Slovak Spectator that a working committee of ZMOS and the Finance Ministry met on July 22 and agreed that all the fundamental positions and documents would be presented only at negotiations among this group and that the committee will be the only party to analyse and evaluate the situation and then present solutions.

Currently the Finance Ministry is analysing documents on the budgets and economic performance of municipalities, Poláková added.