SWAT officers to remain in jail after brothel bust

TEN people charged with living off the proceeds of prostitution remain in custody after their appeal to be released was rejected by the Bratislava Regional Court. The prosecution alleges that for more than a year they confiscated money from prostitutes working at the Oáza brothel in Senec near Bratislava. They were arrested during a sweep on June 18. 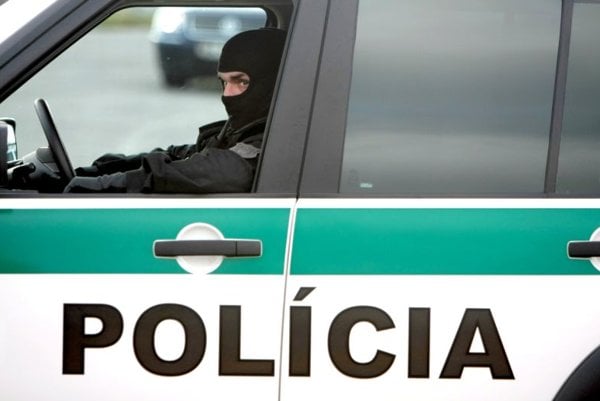 Elite policemen are among those being held after a brothel near Bratislava was raided. (Source: SITA)
Font size:A-|A+  Comments disabled

TEN people charged with living off the proceeds of prostitution remain in custody after their appeal to be released was rejected by the Bratislava Regional Court. The prosecution alleges that for more than a year they confiscated money from prostitutes working at the Oáza brothel in Senec near Bratislava. They were arrested during a sweep on June 18.

Attorney Ondrej Mularčík, who represents six of the accused, said he was surprised his clients were detained. “It’s strange, given that there are hundreds of brothels operating in Slovakia, that the General Prosecutor's Office decided to get involved in this case.”

But Mularčík’s clients are indeed somewhat out of the ordinary. First, they are all elite police officers serving with SWAT teams in Bratislava and Trnava. Second, during their free time they allegedly provided security in a brothel owned by Michal Hrbáček, an infamous former secret service special ops leader linked to the country’s most egregious political crime of the 1990s, the kidnapping of a former president’s son.

And according to evidence found so far, information on their pending arrests was leaked from the police, giving the suspects time to prepare.

Among the ringleaders in the case was Miroslav K., boss of the RGS Slovakia company. RGS allegedly offered sexual services at the Oáza ‘salon’, located on the premises of the Hotel Medea.

RGS is owned by the PB Factoring firm, whose sole owner is Michal Hrbáček.


Slovak law does not allow media to identify people who have been charged with a crime but have not been found guilty.

According to the prosecution, bartenders Miroslav O. and Ladislav S. supervised at least six prostitutes.

The women charged an average of €100 from each client, but were allowed to keep a maximum of half that fee. The rest was confiscated by the bartenders and distributed among the accused, generating an estimated €30,000 over the past 12 months.

The son of the brothel’s boss, Miroslav K. Jr, worked the door, admitting guests, and assigning security shifts. His job included driving SWAT officers Dušan K., Pavol K., Peter K., Milan L., Jozef B. and Peter S. from a parking lot in Senec to the brothel. The officers made €50 a shift each; their duties included driving the women to clients in other hotels, as well as dealing with unruly clients.

The accused face seven to twelve years in jail. The case rests on the testimony of the prostitutes, who described how the Oáza operation worked, as well as on phone intercepts and recordings of the accused.

Several of the accused clearly knew beforehand that they were to be arrested. The director of the brothel, Miroslav K., was on holiday in Croatia on June 17 when he received a phone call from Slovakia urging him to return. He arrived at Oáza shortly before two in the morning on June 18, only minutes before the club was raided. Police believe he managed to destroy some important documents.

Bartender Miroslav O. called the prostitutes to a meeting on June 17 and ordered them to erase all contacts to the SWAT officers from their mobile phones. He also told them that if they were arrested, they should tell police that they had been offering sexual services on their own initiative, without the knowledge of the Oáza management.

While prostitution is not illegal in Slovakia, it is a crime to facilitate or profit from sexual services offered by another person.

During the police search of the home of officer Pavol K., they found a piece of paper bearing the name and mobile number of attorney Mularčík.

The paper also contained the written instructions “don’t sign anything, anything at all, not even confirmation that you have been read your rights.” SWAT officer Peter S. also had Mularčík’s contact on him when he was arrested, while officer Peter K. managed to send his family away so that they would not witness his arrest, which he confessed on the scene that he had been told about.


“I have no idea what they knew or didn’t know,” Mularčík said. “But it’s completely normal and legitimate for them to be carrying my contact. I am after all their attorney.”

When asked if it was acceptable that the SWAT officers were working for a brothel in their free time, police spokesman Martin Korch said: “No, it is not!” But he did not say what measures the police were taking to prevent such information leaks in future. “There have always been leaks, including to journalists, and we regard any leak as unacceptable.”

Another recent leak with serious consequences also concerned Michal Hrbáček and people around him. In September 2008, Alexander Sabó, then a Bratislava prison guard, called Hrbáček to tell him that Juraj Rozsík, a crown witness in a case against Hrbáček, had been brought to the Bratislava pre-trial custody cells to help police reconstruct the case. Rozsík later claimed that he had received threats in his cell.

For investigators in the Oáza case, the key will be if the prostitutes are willing to testify in open court. Although 10 of the accused remain in custody, another SWAT officer who was charged, Tomáš L. was not taken into custody because a court ruled that he was cooperating with the investigation. The reason? He turned himself in after returning from a holiday abroad.

And the man who allegedly pulled the strings, Michal Hrbáček, was released from pre-trial custody late last year.