Positive signals on the horizon?

LOCAL market watchers and politicians are fixing their sights on the markets of Slovakia’s biggest trading partners, searching for signals of hope. When Germany’s finance authorities recently said that the performance of the German economy in the second quarter of 2009 might be better than expected, optimists were quick to announce that they have seen the first rays of hope. But this has only prompted analysts to caution that there are several other, pessimistic, reports in the pipeline which might well blot out the sunshine. 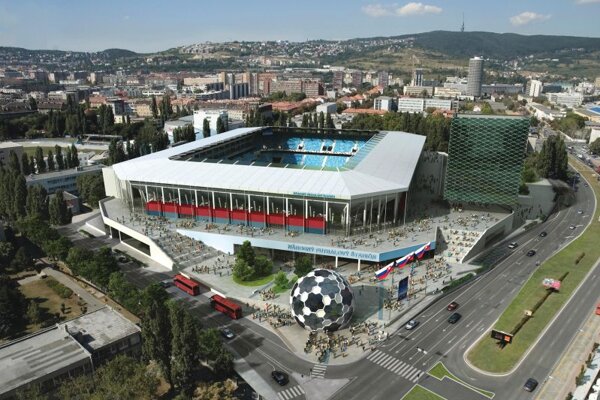 LOCAL market watchers and politicians are fixing their sights on the markets of Slovakia’s biggest trading partners, searching for signals of hope. When Germany’s finance authorities recently said that the performance of the German economy in the second quarter of 2009 might be better than expected, optimists were quick to announce that they have seen the first rays of hope. But this has only prompted analysts to caution that there are several other, pessimistic, reports in the pipeline which might well blot out the sunshine.

“I consider statements on optimistic signals to be preliminary,” Radovan Ďurana, of the economic think tank INESS, told The Slovak Spectator. “The problems that European and other economies are facing are more complex and require longer restructuring if they are to recover.”


According to Ďurana, economic growth in this situation would probably be only “a short-term improvement after a high dose of painkillers”.

“The good news is often overshadowed by more negative news,” Poštová Banka analyst Eva Sárazová told The Slovak Spectator. “Of course news and information from Germany, our largest trading partner, as well as the whole eurozone is immensely important for the development and the revival of our whole economy.”

Slovakia’s central bank detected some positive signals in its report on economic development in June. Though the volume of industrial production remains low, for the first time since September 2008, in a qualitative evaluation of current demand and outlook, expectations of increasing production are prevalent, the National Bank of Slovakia (NBS) wrote on July 28.

Prime Minister Robert Fico also referred to optimistic signals earlier in July when he announced a public investment of €69.12 million in a project to build a National Football Stadium. The state said that the subsidy will have a favourable impact on Slovakia’s economy, but analysts are sceptical about its value during a period of economic downturn.

Earlier in July, the NBS referred to continuing downside risks for the economy, with NBS bank board member and general director for currency issues Peter Ševčovic referring to the current prediction that the Slovak economy would shrink by 4.2 percent this year as ‘slightly optimistic’, as reported by the TASR newswire.

Indeed, predictions across the banking sector are sounding a similar tone.

Slovakia’s economy shrunk in the first quarter of 2009 by 5.6 percent which, though hardly a negligible fall, will not mark the bottom this year, Sárazová warned. The team of analysts at Poštová Banka predicts a second-quarter contraction for the Slovak economy of 6.3 percent, she added.

“The average drop estimated by bank analysts is around 5.9 percent,” Sárazová told The Slovak Spectator. “The NBS as well recently warned that Slovakia’s economy might still not have reached its bottom.”

“Even if the economy were to moderately improve quarter-on-quarter, after being cleaned of seasonal influences, the fall in the first quarter would be so significant that the economy could post a drop of between 5 and 6 percent year-on-year for the whole year,” Valachyová told The Slovak Spectator.

As for the factors influencing the development of the economy in the second quarter of 2009, Valachyová expects seasonally adjusted GDP to grow quarter-on-quarter.

According to Valachyová, the car-scrapping bonus schemes, particularly in Germany, had a significant effect in the second quarter and it is possible that this effect will partially continue in the third quarter of 2009.

“However, for a longer-term take-off of the economy a revival in global demand and demand in Europe will be more important,” Valachyová said.

According to Sárazová, the small size and openness of its economy, and the fact that during the crisis demand for goods and services has dropped, has been taking a toll on Slovakia.

“Currently, there are 120,000 more unemployed ready to take up jobs immediately than last year and many who have not yet lost their jobs are willing to work for less money,” Sárazová said. “Lower household incomes are forcing people to re-evaluate their shopping habits meaning that the drop in Slovak GDP is not only being caused by lower foreign demand but also reduced domestic consumption.”

Based on the available data analysts agree that it is premature to talk about the beginning of the end of the crisis, and add that at this point it is difficult to estimate when the global crisis will end.

“Even if it 'officially' ends it would still take some time for economies to get back on their feet and on their normal tracks,” Sárazová told the Spectator. “In the same way as the crisis, after a certain time, moved from the United States to Europe, a similar trend can also be expected in the process of recovery.”

However, the analysts also say that if good signs are to come, for Slovakia they will emanate from the German market.

Germany is Slovakia’s main trading partner, taking 20 percent of Slovakia’s total exports; the Czech Republic follows, with a 12-percent share, though the Czech economy is intertwined with Germany’s, Sárazová said.

The United States is an important trading partner of all the large economies and thus a revival of consumption in the USA will support demand for eurozone products, which could in turn give a boost to economic eurozone growth, Sárazová said.

She added that since the crisis started with the paralysis of the financial sector in the United States, it is precisely that sector’s recovery which is a precondition for recovery of the world economy.

Along with the indicators usually monitored in Europe, such as industrial and construction production, new industrial orders, unemployment, and price levels, market watchers now also closely monitor US indicators such as weekly changes in mortgage applications or applications for jobless support, the sale of new houses or non-farm payroll data, Sárazová explained. Another indicator which has now become relatively closely watched is that of economic sentiment.

Along with the recovery of the US economy, investors’ confidence in the capital markets should also return.

“However, it is necessary to note that investors are currently somewhat more courageous and are leaving the safe harbour of the dollar and investing in other, riskier currencies,” Sárazová said. “The six-month rise in the capital markets is also impossible to overlook. The strengthening currencies, for example of the central European region, is also proof of this.”

Valachyová too confirms that several indicators published recently in Germany and France have been positive: not only soft indicators, such as sentiment, but also hard data such as industrial production in May, and orders in industry.

“Improvement can also be seen in the European Purchasing Managers’ Index indicators,” Valachyová told The Slovak Spectator. “However, the revival is rather gradual and has eased.”

Valachyová sees the European data as optimistic, but also notes a gradual improvement in Slovak sentiment: over the past two months sentiment in industry in particular has improved, which is most probably linked to the revival of demand from Germany.

“However, we will have to wait for confirmation of any improvement in the Slovak economy in terms of real data,” Valachyová said.

The National Football Stadium project in Bratislava was launched on July 21 after the government approved a €69.12 million subsidy for the city earlier this month, TASR wrote.

“As with the construction of highways or new nuclear power plants we in this case follow several goals: support in a period of economic crisis for the creation of new jobs, and doing it with investments for the benefit of the whole of Slovakia,” said Fico on July 21, as quoted by TASR.

Analysts remain considerably less optimistic about the value of the investment.

“Football stadiums have only local importance, which is why investors in them should first of all be private investors, local sport clubs or the city of Bratislava,” said Ďurana. “I consider financing this stadium to be a waste of public funds, which is particularly inappropriate during a period of financial crisis.”

Ďurana said that the government should aim to achieve a balanced budget, which with falling incomes is possible only through reducing expenses.

“[The government] is instead inflating expenditures with items which will not have any measurable impact on Slovakia’s economic growth but will only deepen the state’s growing debt,” Ďurana said.

Valachyová concluded that “with the shortfall in tax revenues and the public finance deficit estimated to reach 6 percent, the priority [status] of a football stadium is at the very least debatable”.