THE WEEKEND of July 24-26 marked the close of Guild Festivities in the central Slovak mining town of Kremnica. 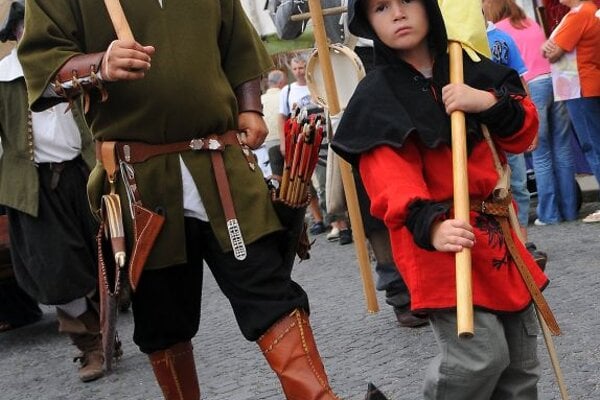 THE WEEKEND of July 24-26 marked the close of Guild Festivities in the central Slovak mining town of Kremnica.

The festivities began on Friday with a show of historical artefacts in the Museum of Kitsch.

Other activities that day included a concert of Gothic music, several plays and an exhibition of coins and medals by the museum of the National Bank of Slovakia.

According to the TASR newswire, other events included a flower show in Bella’s House on the square, a theatrical presentation by the Casanova group, dancing to the Cimbal Q Band, and an oriental dance and fakir fire show at Štefánik Square. Kiosks offered typical Kremnica foods from the old mining days.

On Saturday, three shows ran concurrently - a presentation depicting the history of mining in Kremnica, an exhibition at the Town Castle and St. Catherine’s Church, and a presentation called “Trends in Coin Collecting in the Art of the 15th to 18th Centuries”.

On the last day, events focused on family entertainment. At the Castle Square, organisers provided demonstrations of horseback riding, historical archery and an interactive show for children called Pirates Odyssey.

Throughout the festival, visitors were able to admire the work of craftsmen and artisans, as well as demonstrations of fencing, jousting, panning for gold and the minting of coins.

The festival was sponsored by the National Bank of Slovakia. Another event is planned for August 7-8.