ROMA, the largest minority in Europe, suffered horribly under the repressive Nazi regime during World War II. To commemorate the Roma victims of the Holocaust, international Roma organisations and Roma living in Poland have established August 2 as Roma Remembrance Day. 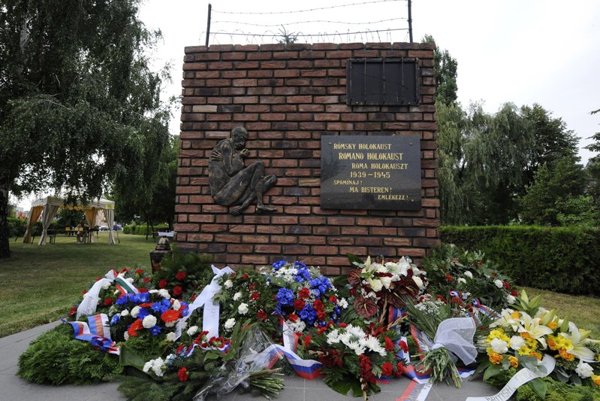 ROMA, the largest minority in Europe, suffered horribly under the repressive Nazi regime during World War II. To commemorate the Roma victims of the Holocaust, international Roma organisations and Roma living in Poland have established August 2 as Roma Remembrance Day.

August 2 was chosen because it is the date in 1944 when Nazis murdered nearly 3,000 Roma men, women and children in gas chambers at Auschwitz, the Roma press agency Mecem wrote.

On December 16, 1942 the SS commander Heinrich Himmler signed the so-called Auschwitz Decree, in which he ordered the deportation of all Roma and Sinthi people from German-occupied countries to the concentration camps. This decree led to the extermination of at least half a million Roma and Sinti, Mecem wrote.

The Sinti are a sub-group of people related to Roma.

The largest concentration of European Roma was in Auschwitz-Birkenau. Beginning in December 1942, some 20,000 Roma from Slovakia, Bohemia, Moravia, the Netherlands, Belgium, north France, Poland and the then-Soviet states were transported there where most of them were executed.

To commemorate the Roma victims of the Holocaust, events take place in Auschwitz every year in early August.

For several years now August 2 has been marked as Roma Holocaust Remembrance Day in Slovakia as well, to remind the world that the Slovak WWII pro-Nazi satellite state also exposed the Roma to racially-motivated violence and murder.

A memorial to the Roma Holocaust in Slovakia lies in the southern Slovak town of Dunajská Streda, and this is where the remembrance ceremonies take place. In 2009 Dušan Čaplovič, the vice-prime minister, attended the events in Dunajská Streda and laid a wreath on the memorial.

“Mention of the Roma Holocaust was taboo in Slovakia for many years and many facts about the extermination of this minority by the Nazis during WWII were not generally known. Today knowledge of these events is still somewhat lacking even among the Roma,” Čaplovič said during the ceremony, as reported by the TASR newswire.

To fill this knowledge gap, several Roma NGOs have launched the project “Ma bisteren! – Nezabudnite!” (Don’t forget! in Roma and Slovak respectively), under which they have unveiled Roma Holocaust memorials in towns and villages around Slovakia, beginning with the first memorial in the Slovak National Uprising Museum in Banská Bystrica, TASR reported.

The number of Roma and Sinti living in the countries of the European Union is approximately 12 million. The European Parliament stated on January 31, 2008 that the Nazi plan to exterminate the Roma as well as the Jews must be fully acknowledged, wrote TASR.