Next time you’re standing out in the hot sun, sweating and cranky, waiting for that tram that is already four minutes late, think about this. 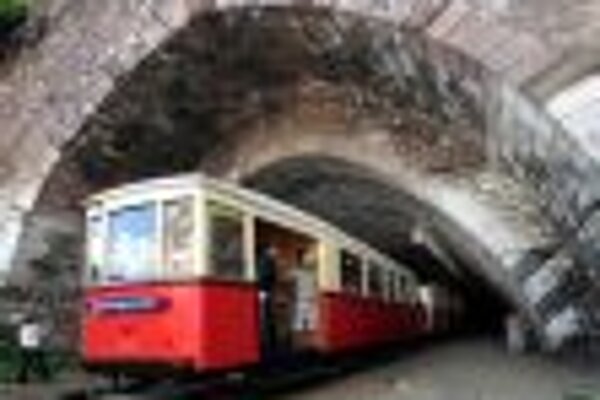 Next time you’re standing out in the hot sun, sweating and cranky, waiting for that tram that is already four minutes late, think about this.

Back in the 1890s, the usual means of public transportation in Slovakia as well as many European cities was by small coaches pulled by horses. Service was slow, sometimes irregular and you had to be careful where you stepped when you got off. After all, horses will be horses.

So, in 1893 the city of Bratislava made a pioneering step. It accepted a bid by Austrian engineer Alexander Werner to build a city rail transport system to be powered by electricity. And public transport in Bratislava has never been the same.

The first tram opened on August 27, 1895, and on its first day transported 2,468 passengers. The route was built on a single track and was 3,125 metres long. It ran from the Danube River to the DAX hotel (now Hviezdoslav Square). In 1895 the line was extended to the railway station with two stops along the way.

By 1910, five lines had been built in Bratislava, one of them leading to the Dynamit-Nobel factory. Since then the tram system has survived two world wars and continued to expand throughout Bratislava and its environs.

Between 1949 and 1965, all lines were double-tracked, however, by the fall of communism in 1989, the tram rails were mostly in a poor condition and many had to be replaced.

Today, the TASR newswire reports, modern, electric trams still carry the majority of Bratislava passengers, who no longer need to worry about stepping in something when they get off.