A PASSION for aeroplanes and flying has led Ján Slota, the head of the Slovak National Party (SNS) into trouble several times already – most recently when he allegedly flew to Croatia without having his passport checked. 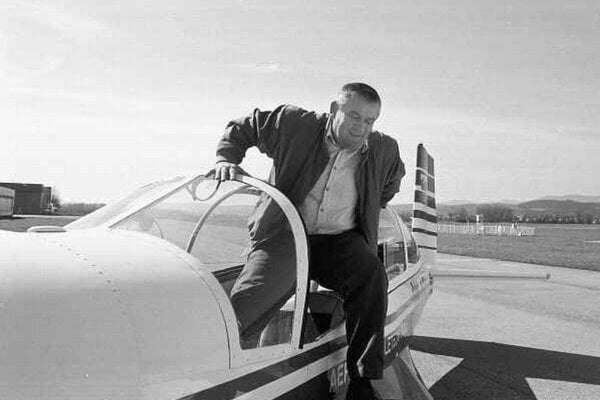 A PASSION for aeroplanes and flying has led Ján Slota, the head of the Slovak National Party (SNS) into trouble several times already – most recently when he allegedly flew to Croatia without having his passport checked.

According to the private TV channel Markíza, Slota was on board a small private plane that flew from Žilina to Rijeka, Croatia, from the Žilina airport without the passengers being checked by passport control on July 23. Passport control is performed by the Slovak border police and is obligatory for all passengers travelling outside the Schengen zone.

The airport in Žilina is small and flights are not very frequent. For that reason, there is a special agreement between the Interior Ministry and the Transport Ministry which requires air transportation companies to announce the expected departure of any flight to the border police at least 24 hours in advance.

The police had been notified that a plane would leave the airport on July 22 but a couple of hours later the carrier cancelled the flight and the airport cancelled the border police officers. However, plans apparently changed overnight and the flight was rescheduled for 09:00 on the morning of July 23. The airport staff learned of the flight only an hour before the scheduled departure and, although they notified the border police, the officers did not arrive at the airport in time. The plane departed without passport controls.

“Due to the shortness of time only customs control was performed,” said the spokesperson of the Transport Ministry, Stanislav Jurikovič, as reported by the SITA newswire. He added that the provider of the flight must have been aware that passport control was not conducted.

The Žilina police department is now investigating whether the departure of the small plane without passport control can be classified as a violation of the law on travel documents. According to the regional police department’s spokesperson, Jana Balogová, the police must issue a statement on the matter in 30 days, SITA reported. Jurikovič said that departure without passport control is a violation of law for which an offender can be fined up to €300, adding that in this case it is still not clear whom to fine.

Jurikovič claims the airport staff did not make a mistake in this case.

“The current legal enactments do not allow the airport company to detain a flight on which the passport or custom control wasn’t performed,” Jurikovič said, as quoted by SITA, adding that the only thing the airport could do was to notify the respective authorities, which it did.

According to Jurikovič, the provider of the flight is most likely responsible, in this case a Czech company, Time Air.

Who paid for the flight?

The B2000 Super Air King, the plane that took off from Žilina airport to Rijeka on the morning of July 23, is owned by a financial advisory company, Financial Public Services, which also provides advisory services on the use of European Union funds.

The only registered partner of the company is Katarína Kubáňová, who, according to Plus Jeden Deň daily, is the wife of Norbert Havalec.

Norbert Havalec’s name has been linked with the controversial emissions quotas sale which, according to opposition parties, caused Slovakia to lose at least €66 million in its sale of quotas to the Interblue Group. Havalec prepared some documentation relating to the emissions sale for the Environment Ministry, which has been in the hands of a nominee from Slota’s SNS party since 2006. According to Plus Jeden Deň, Havalec is close to Ján Chrbet, who was dismissed from his post as environment minister because of the emissions quotas sale, as well as Slota.

Neither Slota nor the press office of SNS responded to questions about who paid for the flight.

Based on the information about the flight which has been aired on Slovak media, Transparency International Slovensko (TIS) has filed a complaint with the Slovak parliamentary committee on incompatibility of functions, asking it to investigate the case.

Slovak law does not allow public officials to ask for gifts, accept gifts, or encourage someone to give gifts or get other advantages in connection with exercising his or her public duties.

“A public official also cannot accept bribes, which means that if he or she uses something that doesn’t belong to him or her, he or she has to pay the market price for it,” the head of TIS, Emília Sičáková-Beblavá, told The Slovak Spectator.

Slota is willing to explain the circumstances of his July 23 Croatian travel to the committee, SNS’s spokesperson, Jana Benková, told the TASR newswire.

According to Sičáková-Beblavá, the committee is now required to decide on the case within 60 days from the day when the complaint was delivered.

“The committee, for instance, inquires about the date and place where the public official allegedly accepted a gift, data about the person who gave the gift and other evidence that would decide whether a public official has accepted a gift,” she said. If the committee classifies Slota’s flight to Croatia as a gift he can be fined a sum of 20-times his monthly salary.

“We believe that if the actions did violate the respective legal enactments it is the duty of Ján Slota as a deputy of parliament, who was elected to his position by the citizens of the Slovak Republic, to at least publicly apologise for his actions,” Sičáková-Beblavá said.

Zuzana Wienk from the Fair-Play Alliance watchdog organisation is concerned that the committee’s investigation will not lead to any result.

“Unless these investigations are in the hands of an independent body with good security and management, we will never see the proper investigation of discrepancies and sanctions for violations of the law,” Wienk told The Slovak Spectator.

“I’m afraid Ján Slota is very good at swimming in the waters of imperfect and holey laws, rubbery institutions and political power.”

Wienk believes that the incident at the Žilina airport violated the rule of the Schengen zone and would also be of interest to the European Union.