p>AS OF THE beginning of 2010 all Slovak towns and villages will be obliged to separate and deliver for recycling four components of communal waste – paper, plastics, metal and glass. This duty arises from Slovakia’s membership in the European Union. In April, more than 90 percent of the 2,924 municipalities in Slovakia delivered separated waste to processors, according to the ČTK newswire. But Slovakia still has a long way to go to become a waste-recovering country. 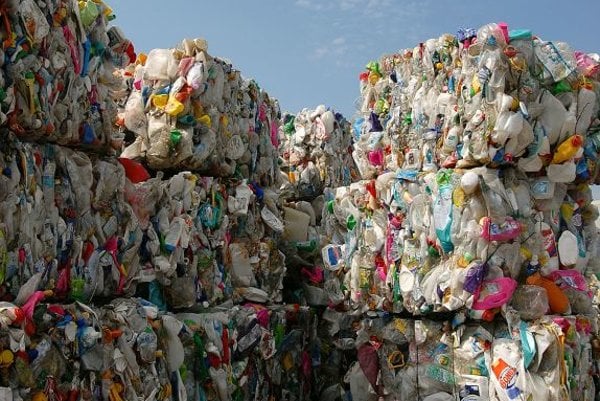 p>AS OF THE beginning of 2010 all Slovak towns and villages will be obliged to separate and deliver for recycling four components of communal waste – paper, plastics, metal and glass. This duty arises from Slovakia’s membership in the European Union. In April, more than 90 percent of the 2,924 municipalities in Slovakia delivered separated waste to processors, according to the ČTK newswire. But Slovakia still has a long way to go to become a waste-recovering country.

The first Slovak towns and villages started to separate waste for recycling in the early 1990s but this process started to accelerate only after a new law on waste was adopted in 2001.

“Since then the number of municipalities which have joined the system, and the volume of waste separated, began to increase significantly,” Martin Kováč, the director of the regional development section at the Slovak Association of Towns and Villages (ZMOS), told The Slovak Spectator. “Towns and villages have done a large portion of the educational and systemic work in terms of implementing the separation of basic components of communal waste and communicating with citizens. We expect municipalities that don’t currently have waste separation – they now account for 8.2 percent [of the total] – will implement it by the end of 2009 in order to meet legal obligations.”

The main reason cited by municipalities for what they call the crisis in waste separation is the bad framing of the law on waste.

“From 2005 it was deformed by the extraction and use of recycling fees by private collective [take-back] systems,” said Kováč. “Municipalities must secure 100 percent treatment of communal waste and, as of 2010, separate paper, plastics, metal and glass. The collective systems need to separate and liquidate just 30 percent of the waste, but at the same time they collect all the recycling fees [which consumers pay when they purchase a product].”

“The recycling system collects annually about €83 million,” said Kováč. ”But the Recycling Fund, which guarantees a 100-percent return rate of collected money into the system of support for the separation and recycling of waste, receives only about 20 percent of this amount. About 80 percent of recycling fees, or roughly €60 million annually, remains in the system run by private companies.”

According to Kováč, only a small proportion of these funds returns to the system which supports separation and recycling of waste because the private companies do not guarantee that 100 percent of the funds they collect are actually spent on recycling. Instead, he said, only funds up to a set level are guaranteed, and this process takes place under relatively non-transparent conditions.

“There is enough money in the system for this activity not to be loss-making for municipalities and cover all the costs of municipalities,” said Kováč. “But the current set-up of the system is unfair for towns and villages and benefits the [private] collection systems. The system should be set in such a way that separation of waste is not a loss-making activity and is financially more advantageous than disposing of waste at dumps.”

Slovaks do not separate

Waste separation and recycling does not enjoy much popularity in Slovakia.

“The Report on the Condition of the Environment in Slovakia for 2007 said that only 5 percent of communal waste is separated and recycled in Slovakia,” Branislav Moňok of environmental organisation Friends of the Earth told The Slovak Spectator. “Another 5 percent is used as compost. As much as 76 percent of communal waste is disposed of at dumps, which experts assess as being the worst form of waste treatment, and 11 percent is incinerated in waste incineration plants.”

This means that of the approximately 309 kilograms of waste that every Slovak citizen generated on average in 2007, only 16 kilograms were separated for further processing and the rest was either put in a waste dump or incinerated, according to Moňok. Depending on the mixture of waste, in most towns and villages it is possible to separate more than 40 percent of waste, and if collection of biological waste were implemented this portion would exceed 80 percent of waste.

“Of course these are average numbers: there are villages which are able to separate and deliver for recycling more than 50 percent of their waste,” said Moňok.

Compared to the 27 other EU member states Slovakia performs poorly in waste separation. According to Eurostat, only Bulgaria, Romania, Lithuania and Malta do less. Germany, Austria, the Netherlands and Belgium, whose rates of recycling and composting are between 55 and 60 percent, top the chart, according to Moňok.

Moňok regards the biggest barriers to waste separation in Slovakia to be low knowledge about waste recycling, low support from the state, as well as low economic incentives – with prices for separated waste and fees for disposing waste at dump also low.

“A lot of studies and calculations exist which show that separation of waste for recycling and composting can bring economic benefits for municipalities,” he said.