SLOVAKIA is littered with hazardous environmental burdens left from the communist era. At that time, meeting the requirements of the five-year economic plan was more important than protection of the environment. Twenty years after the fall of the communist regime, Slovakia is only now beginning to find its way in remedying the environmental mistakes of the past. 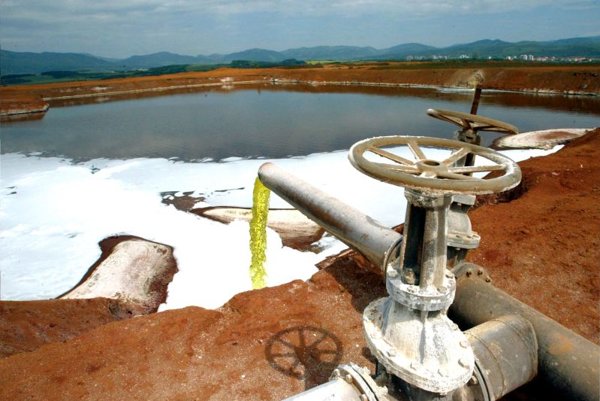 SLOVAKIA is littered with hazardous environmental burdens left from the communist era. At that time, meeting the requirements of the five-year economic plan was more important than protection of the environment. Twenty years after the fall of the communist regime, Slovakia is only now beginning to find its way in remedying the environmental mistakes of the past.

The lack of appropriate legislation has delayed comprehensive solutions to a long list of environmental problems. A recent effort by the Slovak government to amend related legislation was rejected by President Ivan Gašparovič and was also opposed by industry associations.

In mid-July President Gašparovič vetoed a law on water which parliament had adopted in late June. The president disagreed with an ancillary revision to Slovakia’s geological law which Ján Chrbet, a former environment minister and now an MP for the Slovak National Party (SNS), had inserted into the legislation during the parliamentary process.

President Gašparovič did not like the fact that the legislation would have amended laws not directly linked to the law on water. The president proposed that what he saw as the problematic indirect revision to the geological law be omitted from the passed legislation.

The presidential veto pleased employers’ associations which are concerned that the law would require them to remove old ecological burdens at their own expense, which they estimate would cost €3.3 billion. According to the Environment Ministry, the associations are misinterpreting the law.

Defining these terms, according to Turský, is necessary so that Slovakia can draw funds from the EU.

“This revision joins old environmental burdens with duties stemming from the law on water and for companies it would mean additional costs for removal of burdens which they are not responsible for and which might cause their liquidation,” Roman Karlubík, the vice president of AZZZ, told The Slovak Spectator. “AZZZ along with other employers’ organisations requests reworking of the bill on environmental burdens so that its final wording is in consensus with the business sphere and its application is not damaging to businesses and does not endanger thousands of jobs.”

The employers are opposed to transferring all of the responsibility for these unidentified costs to the business sphere, which they say has not caused the damage and which does not have funds for their remediation, according to Karlubík. They request that funds from both the Slovak state and from the EU are used in the remediation of old environmental burdens.

“Companies are willing to contribute to remediation,” said Karlubík. “But mechanisms should be createdwhich would secure economic rules enabling companies to also draw financial resources for removal of the environmental burdens.”

According to Karlubík, the indirect revision to the geological law would have affected almost all industrial branches, including those which do not even know that the matter can also touch them – it is enough to have a facility built on land with an old environmental burden.

“It probably would affect the chemical industry the most,” said Karlubík. “However, this also affects farmers because premises of former agricultural collectives are full of pesticides; towns and villages on whose properties are old dumps; food producers; the metallurgical and mining industries; and others.”

Slovakia still lacks a comprehensive law which would solve the problem of old environmental burdens.

“Slovak legislation still does not ‘know’ the term ‘environmental burden’, even though the Slovak government has been talking about environmental burdens as an urgent environmental problem for a long period of time,” Kateřina Věntusová, campaign coordinator from Greenpeace Slovensko told The Slovak Spectator. “Greenpeace has been supporting adoption of a comprehensive law on environment burdens, not only some parts of it or just even definitions.”

According to Věntusová, the Environment Ministry has a draft bill on environmental burdens prepared.

“Representatives of industry as well as Greenpeace have cooperated on it for, unbelievably, five years,” said Věntusová. “We think that the failure to adopt the law on water only proves why the whole law on environmental burdens has not been adopted yet. The strong industrial lobby has been blocking adoption of a law on environmental burdens already for several years and it has succeeded again this time.”

According to Greenpeace, the law on waters is not a solution to such a complex problem like environmental burdens.

“In spite of this, this would be a small step forward in the whole effort to solve the problem of environmental burdens,” said Věntusová.

A date on which the Environment Ministry might submit the long-awaited law on old environmental burdens remains unknown.

“We respect the memorandum signed between business entities and the prime minister, according to which no laws financially burdening companies should be adopted during the crisis,” Turský told Hospodárske Noviny. “We will wait until the economic situation improves.”

A year ago employer groups asked the Slovak cabinet to return the draft amendment on environmental burdens to the Environment Ministry for it to be rewritten to achieve a consensus with the business sphere, the SITA newswire wrote.

“We are aware of the need and necessity to remove old environmental burdens, but it is also necessary that the state and EU funds participate in their remediation,” Martin Hošták of RÚZ told The Slovak Spectator. “The Environment Ministry should submit the wording in the legislation that results from an agreement with employers.”

Environmental burdens from the past

The chemical industry is responsible for most of the old environmental burdens.

“Results of the project called Systematic Identification of Environmental Burdens in Slovakia, which the Slovak Environment Agency conducted between 2006 and 2009 prove this,” said Věntusová.

The project shows that localities of the former Apollo refinery and former chemical companies Chemické Závody Juraja Dimitrova and Duslo, which all have a bad history, are among the most high-risk environmental burdens.

“Since waste from the production of PCBs was discharged into a waste channel leading out of Chemko, now the whole eastern region of Slovakia with over 250,000 citizens is contaminated,” said Věntusová. “Slovakia is now a country which has the most contaminated citizens in the world. But it is alarming that this problem is still waiting for a solution and that clean-up efforts have not started in this region yet.”

Estimations of the total costs for removal of environmental burdens vary. While Minister Turský estimated them to be between €470 and €660 million for Hospodárske Noviny, the employers’ estimate is €3.3 billion. According to Greeenpeace, costs are not easily quantifiable but it points out that the amount of money necessary for remediation of old environmental burdens increases each year as further contamination of the environment continues.

“By not adopting a law on environmental burdens the Slovak government postpones settlement of an important problem and behaves very irresponsibly towards citizens,” said Věntusová. “It is inadmissible that Slovakia fails to provide the basic human right of a healthy environment.”