Accreditation in disarray as some universities flunk 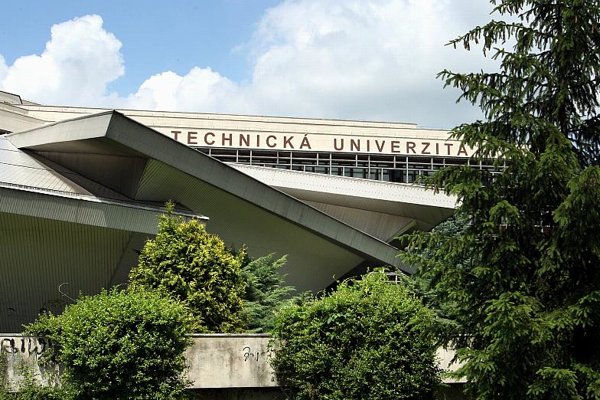 The University of Technology in Zvolen will keep its status. (Source: SME)
Font size:A-|A+  Comments disabled

University status not only means a certain degree of prestige for the schools. Of the three categories, only universities will be allowed to award PhDs and will also be entitled to more financial support from the state (at least in the case of public schools). One school, the private University of Economics and Management, was categorised as a technical college and will be able to run programmes at undergraduate (bachelor’s) level only. Most Slovak schools according to the accreditation presently fall into the category of unclassified schools, which means they will not be able to award PhD degrees and will get a smaller portion of subsidies from the state budget. They are now given one year to improve their standing, which could eventually allow them to remain as universities.

Five schools – the Slovak University of Agriculture in Nitra, Žilina University, Matej Bel University in Banská Bystrica, the University of Economics in Bratislava, and Constantine the Philosopher University in Nitra – failed to fulfil only one criterion: the number of students per professors, docents and lecturers, which should be under 20.

“These will be awarded university status within two to three months; I’m convinced that most of them will fulfil this criterion by the beginning of October,” Education Minister Ján Mikolaj said, as quoted by the SITA newswire, referring to the fact that the numbers of students per teacher will change after first-year students are enrolled in their study programmes.

However, the accreditation process might not be finalised so smoothly. On August 3 the General Prosecutor’s Office registered a complaint regarding the criteria of the accreditation and their possible unlawfulness and retroactivity. According to the complaint, the criteria have only been valid since January 2008 and yet served to evaluate the performance of the schools since 2002, which would mean they were applied retroactively and thus unlawfully. Also, General Prosecutor Dobroslav Trnka argued that the law only recognises universities and technical colleges, and not the third category of unclassified schools for which the ministry introduced special criteria and into which most schools will eventually fall.

The Education Ministry refused to recognise the complaint and recommended that the government reject it, SITA wrote.

Some teachers have cast doubt on the complaint, as Trnka is a member of the scientific council of one of the schools that failed to qualify as a university, the Sme daily wrote.

According to Miroslav Beblavý of the Slovak Governance Institute, a think tank, the problem with the retroactivity of the criteria can only be solved by restarting the whole accreditation process.

“Due to the fact that the result is unsatisfactory anyway, the best solution would be to cancel [the accreditation] and either restart or give it all up,” Beblavý told The Slovak Spectator.

Beblavý criticised the results of the accreditation saying that it has “merely produced a million pages of paper, without dividing the real elite from the rest”. He referred to Mikolaj’s comment that even the five schools that did not fulfil all the criteria originally might shortly be added to the category of universities. In effect, a school with 600 teaching staff that has managed to get only five articles published in recognised foreign publications will be placed among the Slovak elite, Beblavý said.

“This only devalues the purpose of complex accreditation,” he told The Slovak Spectator.

The University of Economics in Bratislava (EUBA) has already appealed against the
accreditation results. The institution failed to fulfil the criterion about the ratio of students to professors, docents and lecturers. Rector Rudolf Sivák welcomed the minister’s decision to add his and four other schools to the category of universities as soon as they fulfil the criterion – which is widely expected to happen once this year’s new enrolments have taken place.

“My opinion is that complex accreditation will have to be evaluated thoroughly, including the criteria that were used in the process,” Sivák told The Slovak Spectator.

According to him, EUBA failed to meet the maximum of 20 students per professor, docent or lecturer, because they were required to follow the ministerial norm of a minimum of 14 students per teacher of all levels. Also, universities were directly encouraged to accept more students, for which they got higher financial compensation from the ministry.

Sivák did not consider the criterion about the number of students to be appropriate.

“For these reasons, we have appealed against the decision to add EUBA to the category of unclassified schools,” Sivák said.

No other school said it was considering appealing as well.

“We hope that the results of the complex accreditation will also bring the expected consequences in terms of truly differentiated financing for universities,” František Gahér, the rector of the Comenius University, told The Slovak Spectator, adding that it is one of the reasons why his university would not follow the general prosecutor and appeal against the criteria.

“My legal opinion is that the protest by the general prosecutor is unsubstantiated and the kind of retroactivity he complains about is completely common in the case of many laws, such as tax or construction laws,” Gahér said. “It’s indeed the case for so-called improper retroactivity, which is acceptable, common and which we deal with every year, for instance when the tax base or the minimum wage changes.”

UPJŠ rector Ladislav Mirossay said he found it bewildering that the general prosecutor spoke up only shortly before the results of the accreditation were announced, despite the fact that partial information on the results were published long ago.

“In any case, the work of the AK members cannot be doubted, as well as the real results of the complex accreditation, which clearly showed the position of each school at a certain moment,” Mirossay told The Slovak Spectator.

Vladimír Krčméry, the rector of the private St. Elisabeth University of Health and Social Sciences in Bratislava, which is expected to pass all the criteria for becoming a university, is not placing much stress on the actual status of the school. For his school, university status will make no difference to its financing, as it is not granted subsidies from the state.

“The quality of a university is not derived from its name or the chains of its rector, but rather from the personal principle – good teachers and good students who, with sufficient material and technological equipment, can make it a top school,” Krčméry told The Slovak Spectator, referring to Trinity College, Dublin, or the Massachusetts Institute of Technology, which do not carry the word university in their names yet still belong among the world’s top educational institutions.

Krčméry believes the government should respect the general prosecutor’s protest against the accreditation criteria to prevent legal chaos, which would allow every school to file an individual complaint and request that the accreditation results be declared invalid. As a solution the University Act, which parliament is due to deal with in October, should be amended in such way that the criteria are legalised and another year is given to schools to make arrangements to fulfil the criteria, Krčméry suggested.