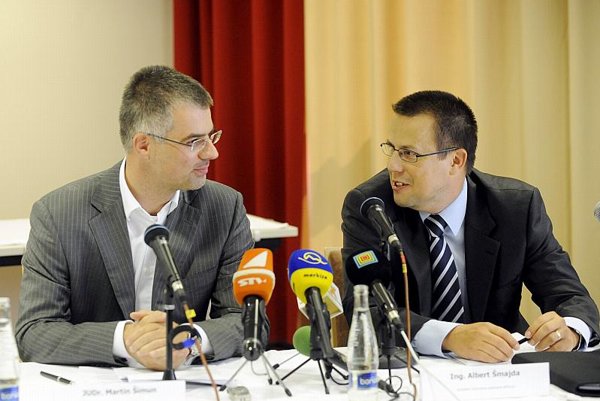 The Penta financial group, which has a controlling interest in both of the two largest private health insurers operating in Slovakia, Dôvera and Apollo, in mid-August announced a plan to merge them, with the intention of creating an insurer able to compete head to head with the state health insurer. The new consolidated private insurer should start operating at the beginning of 2010.

“For us, as the investor in both these insurers, the reason to merge them was the fact that [they] have very similar values and their activities tend to complement each other – so there is no sense in them acting as competitors,” Penta spokesperson Martin Danko told The Slovak Spectator. “We are also convinced that an insurer with 1.5 million policyholders will have a great potential to be a real alternative to the state health insurers.”

The merger should mean that the insurers will save operating costs and allow for their more effective operation.

Representatives of both private insurers refused to elaborate on the details of the transaction until it is complete. Apollo’s general director, Albert Šmajda, said that his company does not want the proposed merger to negatively affect policyholders or health-care providers. On the contrary, he promised that policyholders could expect and would welcome better services, with a higher number of contracted locations and health-care providers.

According to Danko, Penta will submit the application to merge the two private health insurers to the PMÚ and the ÚDZS in the next few weeks in order for the merger be effective as of January 1, 2010.

Penta, a private equity company, controls 100 percent of Dôvera and 49 percent of Apollo via its Dutch affiliate Hicee, the Trend weekly reported. Earlier in August, ÚDZS approved the sale of a 51-percent stake in Apollo from the Agel company to a Cyprus-based company named Prefto Holdings Limited, which is reportedly close to Penta.

Mergers as a natural reaction to crisis

“The economic crisis has reduced collection of health insurance premiums and thus insurers, like other subjects in the market, have to operate with maximum operational effectiveness,” said Danko.

“A merger of the two private health insurers, Apollo and Dôvera, will create a financially robust health insurance company with space to save operating costs, for more effective purchase of health-care services and higher added value for clients,” writes HPI in a position paper published on its website.

HPI does not foresee any practical problems for clients. “It will be a technical operation and Penta already has experience with merging Dôvera with Sideria,” the think tank added.

Peter Goliáš, an analyst with the Institute for Economic and Social Reforms (INEKO), another think tank, said that consolidation in the health insurance market may hamper competition in the future. He pointed to this risk in relation to the merger of the two private, as well as the two state health insurance companies.

Goliáš thinks that the state should create conditions that support competition in the health insurance market to prevent a situation in which only one or two health insurance companies remain, as he said soon there may be only three rather than five insurers.

The Slovak cabinet green-lighted the merger plan for Všeobecná Zdravotná Poisťovňa and Spoločná Zdravotná Poisťovňa in mid-July. Health Minister Raši has asked to be given until the end of September to prepare the organisational, legislative, financial and other conditions for the merger. After the merger, the state insurer will have about 3.65 million policyholders.

Currently there are five health insurance companies operating in Slovakia. Other than the two pairs of insurers planning to merge, the fifth – Union – has just over 360,000 policyholders. Last May, another private health insurer, Európska Zdravotná Poisťovňa, quit the Slovak market citing dissatisfaction with conditions for doing business in the Slovak health-care sector, and Spoločná Zdravotná Poisťovňa took over its policyholders.