Memories from Košice’s past

THIS postcard from 1911 shows Košice’s Main Street (Hlavná ulica) as it looked when Slovakia was still a part of the Austro-Hungarian Empire. 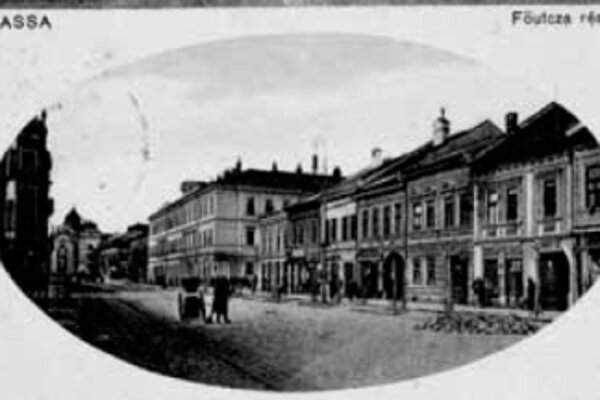 THIS postcard from 1911 shows Košice’s Main Street (Hlavná ulica) as it looked when Slovakia was still a part of the Austro-Hungarian Empire.

The street was bordered by a large number of shops. Trade was always an important part of Košice’s life: since the Middle Ages the town had been a commercial crossroad, the biggest in eastern Slovakia. Merchants travelled from here in all directions, but in the 16th century they concentrated on the vertical, i.e. North-South axis. When going northwards, they most often headed to Polish Krakow, bringing cargos of copper and wine and carrying away products such as cloth or food items. The merchants’ favourite destinations to the south were Oradea or Debrecen where they sold craft products. Some travelled even farther, to Transylvania, but they usually failed to make the profits they needed because of fierce competition. A few, however, managed to break through. One of the most successful was Sebastian, who grew rich mainly through the export of weapons. He supplied rifles and arquebuses to the Transylvanian town of Braşov which faced many threats from the Ottomans.