THE VISEGRAD Group countries share large swaths of common history, roots and traditions but at the same time they are diverse enough to provide unique attractions and experiences for tourists from inside as well as outside the Visegrad region. And while economic cooperation within the Visegrad Group might sometimes be rather problematic because of the competitive nature of the Visegrad countries’ economies, tourism is the sector in which the Czech Republic, Hungary, Poland and Slovakia have together tuned to a single melody. 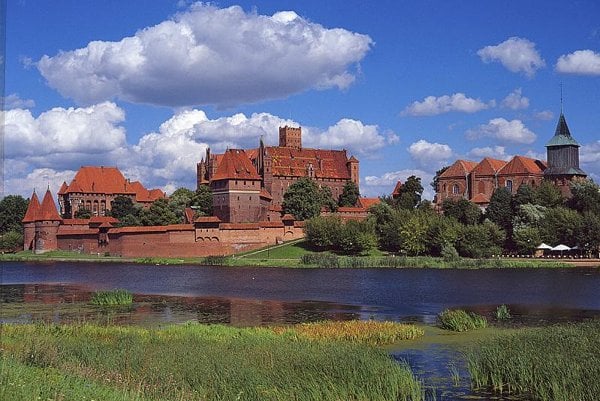 The Gothic castle at Malbork in Poland. (Source: Courtesy of POT)
Font size:A-|A+0

THE VISEGRAD Group countries share large swaths of common history, roots and traditions but at the same time they are diverse enough to provide unique attractions and experiences for tourists from inside as well as outside the Visegrad region. And while economic cooperation within the Visegrad Group might sometimes be rather problematic because of the competitive nature of the Visegrad countries’ economies, tourism is the sector in which the Czech Republic, Hungary, Poland and Slovakia have together tuned to a single melody.

National tourist boards of Hungary, the Czech Republic, Poland and Slovakia have teamed up and created the project called European Quartet, One Melody with the aim to present the V4 countries as a common destination to potential overseas tourists.

“This multilateral cooperation aims to raise awareness of the region in more-distant markets such as the USA, China, Russia and Japan whose tourists are more likely to take a longer roundtrip rather than visit a single country in the Central European region,” Márk Kincses from the Hungarian National Tourist Office (HNTO) told The Slovak Spectator. “In these markets we jointly promote the shared values of the region and each country’s unique attractions. Within the framework of this cooperation we are producing brochures, organising road shows and workshops, exhibiting at both public events and travel trade fairs and organising familiarisation trips for travel agents and press trips.”

The national tourist boards are especially jointly presenting certain product groups such as capital cities and historical sites, spas, Jewish monuments, UNESCO sites and MICE (the meetings, incentives, conventions and exhibitions segment of tourism), according to Lívia Lukáčová from the Slovak Tourist Board (SACR).

Along with traditional outreach tools a project website, www.european-quartet.com, is operated by the Czech national board, CzechTourism. It is available in four languages – English, Japanese, Chinese and Portuguese. Later in 2009 a Russian version of the website should

be launched as, according to Kincses, Russia is a very important market for all of the V4 countries which are spending more money and advertising more intensively in that country.

Health tourism is also becoming an important market segment for the V4 countries.

“We would like to emphasize the importance of health tourism, as a potential new product of V4 cooperation,” said Kincses.

The list of activities of the national tourist boards for 2009 include road shows in Russia and China as well as workshops while a road show through four American cities – Los Angeles, San Diego, Seattle and Portland – took place in December 2008.

Last year the V4 countries also produced a movie to present the Central European Region in a multimedia form.

The purpose of the teaming up of the four tourist boards is to promote the Visegrad region in overseas markets even though there is no institutionalised cross-border cooperation for tourism just between the V4 countries. In spite of this V4 member countries perceive each other as important for their domestic tourism industry.

For the Polish Tourist Organisation (POT) the joint promotional undertaking by European Quartet, One Melody is one of the highest priority projects in terms of international cooperation. But the V4 region is also interesting and very important for domestic tourism as well as for incoming travellers to Poland, said Emilia Kubik, the project manager of the POT strategic planning department.

“The neighbouring countries of Slovakia and the Czech Republic are natural destinations for Polish travellers, especially for winter holidays as a great number are departing annually to the Slovak Tatras for skiing and to the Czech part of Sudetes,” Kubik told The Slovak Spectator. “On the other hand both capitals, but especially Prague, are desired city-break destinations for those who prefer cultural tourism.”

Slovakia also perceives its neighbouring countries – the Czech Republic, Poland and Hungary as the most important countries from the viewpoint of the entry points for tourists.

“Most foreign visitors arrive from these countries, along with Germany, and they spend the longest stays in Slovakia. From this viewpoint the V4 region is of high importance for Slovakia,” said Lukáčová of the Slovak Tourist Board.

SACR has representatives in each of these markets who carry out all marketing and promotional activities with regard to products and destinations in which there is the highest interest.

Over a longer term Slovakia reports an increasing number nights spent by tourists from the Czech Republic and Poland. But the figures for 2009 will be fall under the influence of the global economic crisis and SACR expects there will be a 20-30 percent drop in foreign visitors to Slovakia, according to Lukáčová.

In addition to the economic crisis, Slovakia’s foreign tourism has been affected by the adoption of the euro in 2009. While established countries of the EU, for example Germany and Austria, perceive this as improving the image of Slovakia as a developed and progressive country, it has made Slovakia a more expensive destination for visitors from its V4 partners due to the weakening currencies of Poland, the Czech Republic and Hungary against the euro. However, Lukáčová believes that the adoption of the common currency will make a significant positive contribution over the long run.

To the contrary, Hungary became favourite shopping destination for Slovaks because of the very favourable exchange rates in the first half of 2009 and tourism increased significantly from the bordering regions, according to Kincses.

Hungary sees its neighbours from V4 as very important as it receives a high number of visitors from Slovakia, the Czech Republic and Poland and it sees even greater potential.

“In its marketing strategy the Hungarian National Tourist Office laid out as a priority to focus on nearby source markets, thus the V4 countries too,” said Kincses. “HNTO has representation offices in Warsaw and Prague and while it had to close some of its other foreign offices due to required cost cutting, it has recently opened its tourism office in Bratislava to express the weight of the importance of Slovak market,” said Kincses.

Besides joint activities within the V4 partnership, the Hungarian tourist office has ad-hoc joint marketing activities with the other V4 countries’ partner organisations, like the Heart of Europe Roadshow held in the Nordics based on Czech-Polish-Hungarian cooperation, said Kincses.