WHEN the countries of the Visegrad Group (V4) joined the European Union they accepted the obligation to render aid and assistance to developing countries. In addition to the official policies of the EU and individual governments, there are several initiatives which, working in synergy with official efforts, help to make the changes in target countries more lasting and consistent by provision of non-financial assistance. 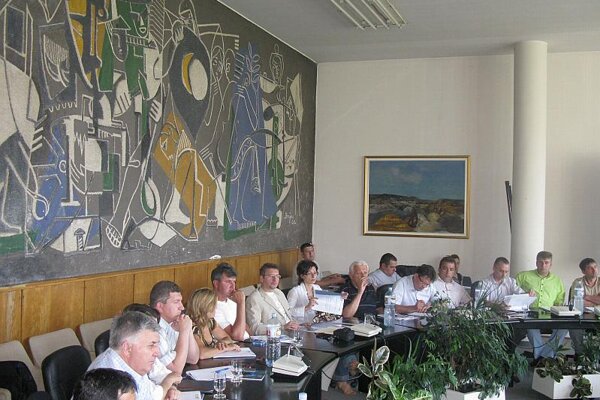 WHEN the countries of the Visegrad Group (V4) joined the European Union they accepted the obligation to render aid and assistance to developing countries. In addition to the official policies of the EU and individual governments, there are several initiatives which, working in synergy with official efforts, help to make the changes in target countries more lasting and consistent by provision of non-financial assistance.

What makes V4 countries different from traditional donor countries in the sphere of development aid are their experiences of transition in various sectors of society, specifically transformation and reform processes in the areas of politics, the economy, and the rule of law.

NGOs of the Visegrad region

Non-governmental organisations played a key role in democratisation projects and integration campaigns in the Visegrad countries. In many cases, they complemented the work of governments in many areas while those governments faced a range of different, complex tasks. Through the activities of NGOs, the governments of these countries could “outsource” some of their more demanding and detailed tasks since NGOs are more flexible and emerge directly from civil societies while forming, cultivating and changing those societies. Many of their activities come across as more credible to target groups.

While the original objective of intensive cooperation among the V4 countries has been successfully achieved the experience and knowledge acquired during the transition period are unique and worth sharing. It would be a waste not to use them in countries that are facing the same changes and challenges: the countries of the Balkans and the post-Soviet countries on the eastern borders of the EU.

Nevertheless, these countries differ from the Visegrad members. Certainly, geographical distance has played a vital role in these differences, something which can also be found among the V4 countries. However, their advanced culture and the absence of, or the presence in a milder form, of cultural identity crises enabled the V4 countries to promptly take the path of change. On the contrary, Balkan countries and Belarus have long faced the challenge of having to rediscover their cultural identities.

Resolving questions of cultural identity and accepting and acknowledging these is important for the whole society. Only after this happens can societies start making changes and reforms that are sustainable and irreversible. A cultural campaign in Belarus, Budzma! (Let us be!), deserves attention in this respect. With the help of artists and experts, including those from the V4, the authors of the campaign are trying to ‘de-Sovietise’ society there and search for a common Belarusian identity: from language, through music, to visual art – searching for all that can be called Belarusian without trying to instigate nationalism.

The engagement of V4 NGOs in such projects helps them to understand the problems and needs of these regions and thus enable the selection and design of projects which can have real impact for both regions.

One such example might be ‘Visegrad for European Serbia’ a project implemented by the Pontis Foundation in cooperation with partners from the Visegrad Group: DemNet of Hungary, the Robert Schuman Foundation of Poland, and the Czech Democracy and Culture Studies Centre, as well as the Serbian partner organisation, the Belgrade Fund for Political Excellence.

The project organisers learned that the regions show the gravest lack of understanding about specific aspects of the European integration process. In Serbia, the debate about the country’s European future has taken place mainly in Belgrade, where just a small group of people is involved, primarily politicians and experts. Ordinary Serbs perceive EU membership as something distant, without a specific positive influence on their everyday lives in local communities.

Thus, the project has brought the issue of integration to the regions and addresses issues which really concern citizens – especially those concerned with social and economic development, cross-country regional cooperation, or prospects for students in the EU. Panels including experts from the V4 countries considerably improved citizens’ understanding of the European integration process, its role in the development of their local communities, and the essential relationships between improvements in their everyday lives and the strategic course of the country. This was especially true in parts of the country and among groups of the population who have been critically affected by the negative effects of economic transition.

Analysts and vehicles of change

The needs of post-Soviet countries, due to their actual social-political situation, are different. The need to motivate and support public dialogue and strengthen the creation of public policies remains a clear and unambiguous need. Thus, the focus of help of NGOs from the Visegrad region remains to help develop think tanks and communities of analysts while supporting their training and skills development in order to convey recommendations to the public.

Post-Soviet countries are in fact more open to ideas and good practice with the potential to shape the process of preparing for and implementing significant decisions if these come from the Visegrad countries rather than, for example, from the United States or western European states. This is why Slovak think tanks are very active in support for analytical communities: Slovakia's Institute for Public Affairs (through its project on NATO in Ukraine), MESA10, the Slovak Foreign Policy Association, and the Bathory Foundation from Poland are especially active in projects in Belarus.

Apart from the issue of integration, there are many spheres which enable transfer of specific know-how from Visegrad countries to the countries of the Balkans and former Soviet Union.
Developing democratic institutions, a legal state and civic society is only one of these spheres. NGOs from the V4 countries can support local NGOs, mobilise local communities, inspire regional development, advocate for human rights, volunteer programmes, and programmes of good governance for public administration, and local government.

The social sphere also opens avenues for know-how transfer. Experience of transforming health-care systems and social reforms are timeless themes even in stable and developed economies, but their shared experience of centrally planned economies, means that Visegrad countries can provide more useful inspiration to Balkan and post-Soviet countries.

The experience of transformation from a centrally planned economy to a market economy makes the V4 know-how a useful tool to help with the privatisation of state companies, the reform of public finances, business policies, the shaping a good business environment and with supporting small and medium-sized enterprises. Moreover, in recent months they have been able to enhance responses to the global financial crisis.

Resources and other challenges

For many NGOs these projects are a suitable area for their activities since many of them have fulfilled their goals in their home countries. By focusing on these countries they can in fact help to secure their own continued existence.

However, Slovakia, as well as other V4 countries, has limited financial resources and human capacities so the issue of securing resources remains one of the most important challenges which these organisations face. The most apt solution is to build coalitions and programmes that involve several countries.

One possibility for financing democratisation programmes is funding from governments that have undertaken to provide development aid, including support for democratisation. Official development aid in Slovakia has been implemented through the programme SlovakAid, from which Slovak NGOs can apply for resources to finance the projects.

All the V4 countries have such programmes and in many cases they target the same countries, so the coordination of programmes and projects can be useful. NGO forums have been created – for example, the Slovak NGO Platform brings together organisations whose activities go beyond the Balkans and the post-Soviet countries; the Slovak organisation Erko, which develops projects in Africa; or the Slovak NGO People in Peril, with which the Pontis Foundation coordinates activities for Cuba in close cooperation with the Czech organisation People in Need.

A specific example of cooperation is also the Workshop of Visegrad Four Donor Coordination for Serbia, which the Pontis Foundation in Bratislava is preparing for September 2009. Representatives of organisations, ministries, and governmental agencies from the whole V4 region will take part in this, along with contributions from other countries that are active in the Balkans through projects or as donors. Another source where good projects can get help is the European Commission, which has several programmes that can finance or co-finance democratisation and experience-sharing projects.

Cuts in the financial funds available and the departure of traditional foreign donors from the region have forced non-governmental organisations to seek different ways of financing, especially in the form of philanthropy from the private sector.