THE CZECH volume of the V4 drama series “Visegrad Drama” is just about set to be released in Prague. 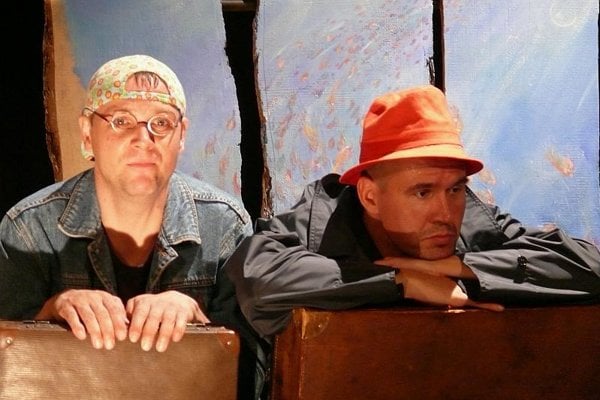 THE CZECH volume of the V4 drama series “Visegrad Drama” is just about set to be released in Prague.

Diana Selecká of the Theatre Institute in Bratislava gave The Slovak Spectator some background. “In 2001, the representatives of four Slovak, Czech, Polish and Hungarian theatre institutes agreed to prepare four books featuring thematically and chronologically related plays, dating from the turn of the 19th century to present times.”

By the time the project is completed, English translations of sixteen modern pieces accompanied by essays, criticism and photographs will have appeared.

The themes of the volumes were decided at the initial meeting. The first, published in 2002 by the Slovak team, was subtitled “Weddings” and included Snowdrifts by Vladimír Hurban Vladimírov, Maryša by Alois and Vilém Mrštíks, The Wedding by Stanislaw Wyspiański and Ferenc Molnár’s The Glass Slipper.

The motif of the second volume was “Escape”. It appeared in Hungary in 2004 and featured Július Barč-Ivan’s Two, Matthew the Honest by Arnošt Dvořák and Ladislav Klíma, Jerzy Szaniawski’s The Seafarer and Áron Tamási’s Songbird.

Under the master plan, each volume will contain plays by authors from all V4 countries.


“It is important to select plays that best represent both the topic and the period when they were written,” Selecká told The Slovak Spectator.

The current volume, prepared by the Czech team will focus on the 1960s. It will contain the following plays: Sunspots by Leopold Lahola, The End of the Shrovetide by Josef Topol, Sławomir Mrożek’s Tango and István Örkeny’s Welcoming the Major.

“In ‘The Sixties’, the topic coincides with the period,” said Kamila Černá from the Theatre Institute in Prague. “This decade was crucial to the development of modern European drama. Those years of comparative freedom gave the local theatre scene, especially in Czechoslovakia, unprecedented vigour. After the 1968 Soviet invasion, the 1960s were looked back on as an era of new hope and a massive artistic upswing. Even today Central European playwrights continue to draw inspiration from that period.”

The Polish volume, the last in the series, will focus on contemporary drama.

Černá believes that the most important outcome of the project, which is co-funded by the International Visegrad Fund, will be its long-term contribution to the promotion of the Central European drama on an international scale.

“Presentation of a nation’s literary tradition abroad is a way of cultivating mutual respect,” she said. “And, of course, strengthening the links among other nations will hopefully prepare the ground for further co-operation.”