THE CURRENT tense atmosphere between Slovakia and Hungary saw a further sharpening in early September over Slovakia’s new State Language Act, which came into force on September 1. But the language act wasn’t the only source of dispute: arguments about the use of Hungarian terms in school textbooks for Hungarian-language schools in Slovakia also led to a spat between MPs representing Slovak Hungarians and the nationalist-led Education Ministry. 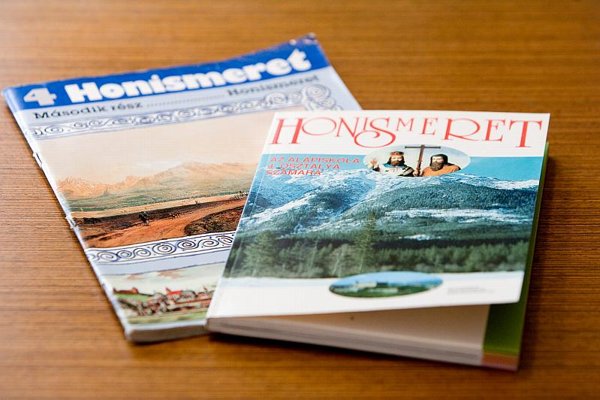 THE CURRENT tense atmosphere between Slovakia and Hungary saw a further sharpening in early September over Slovakia’s new State Language Act, which came into force on September 1. But the language act wasn’t the only source of dispute: arguments about the use of Hungarian terms in school textbooks for Hungarian-language schools in Slovakia also led to a spat between MPs representing Slovak Hungarians and the nationalist-led Education Ministry.

The ethnic-Hungarian Party of the Hungarian Coalition (SMK) strongly criticised a list of geographical names which are to be used in textbooks for schools, most of them in southern Slovakia, which teach in Hungarian. SMK parliamentary deputy László Szigeti said the list was incomplete, wrong and didn’t use correct Hungarian spelling.

“In the list there is no Hungarian equivalent for the names of the Rivers Bodrog, Bodva, Danube, Hornád, Ipeľ, Slaná and Tisa – all of them rivers located in Slovakia with commonly used Hungarian names,“ Szigeti said on August 24, as quoted by the SITA newswire.

The list was approved by the Education Ministry and distributed to the publishing houses through the State Pedagogic Institute. The legislation states that conventional and usual names should be used in the textbooks. However, the legislation fails to define what these are. Therefore the ministry has assigned experts, among them at least one of the authors of the monograph Names of Municipalities in the Slovak Republic, issued by the Slovak Academy of Sciences in 1998, which lists all the names that have appeared from 1773 until today. The result of the experts’ work was a list of 3,319 names.

“In case any name is missing, the experts will add it to the list,” the ministry’s press office wrote to The Slovak Spectator.

“There are no names which are unnatural or even offensive or mocking for Slovaks, such as the names Felvidék or Tóth,” SITA quoted him as saying.

“I don’t think that it is inappropriate to use these names, since these words have been and still are used in Hungarian,” Szigeti told The Slovak Spectator, adding that he nonetheless respects the decision of the ministry as a compromise.

Historian Milan Zemko agrees that in certain contexts these words are appropriate. When today’s Slovakia was part of the Hungarian kingdom it wasn’t precisely delimited and was only called Felvidék – the Upper Land. The name Tóth was, similarly, used for Slovaks and perhaps also Slovenians.

“Speaking about Felvidék and Tóths after the 1918 or even today is another matter – it’s anachronistic,” Zemko told The Slovak Spectator.

Apart from the names regarded offensive or mocking, names that were established and used during the Magyarisation period of the nineteenth and early twentieth centuries were also omitted from the list.

Szigeti rejected this, saying he did not agree with the selective approach to the usage of geographical names.

“I have criticised mainly the missing Hungarian equivalents of such normal names as Danube, Ipeľ, Western Tatras or the Podunajská lowland, which do not come from the Magyarisation period and cannot be [regarded as] mocking for Slovaks,” he told The Slovak Spectator. “I have mentioned neither mocking names nor names from the Magyarisation period.”

Szigeti believes the law binds the ministry to use the geographical names used in the textbooks published before, between 2002 and 2006. Mikolaj has argued that no such books were approved by the ministry in that period, SITA reported.

“If the ministry adds the missing Hungarian equivalents to the list in a short time, I believe it will serve well the publishing of textbooks for Hungarian-language schools,” Szigeti said. “I have already called on the minister to do so and if necessary, I will do it again.”

The dispute over how to use geographical names in textbooks has long divided Slovak politicians and the public.

An amendment to the 2008 Education Act passed late last year with the support of the main governing coalition party, Smer, stated that the conventional names in the minority language should be used first, followed by the Slovak equivalent in brackets.

This reversed the original stipulation in the act, where the Slovak name was to be used first, even in Hungarian or other minority-language texts. Mikolaj, the minister, who was nominated by junior coalition member the Slovak National Party (SNS), criticised the amendment as improperly defined and missing some directives that would allow its application in practice, the TASR newswire reported.

Two junior coalition partners – the Movement for a Democratic Slovakia (HZDS) and the Slovak National Party (SNS), of which Mikolaj is a nominee – promised to bring the amendment before the Constitutional Court.

“The complaint is ready now, we are waiting for the formal part and we are consulting it with the HZDS,” Mikolaj recently commented, according to TASR, adding that the complaint should be filed as early as September.