Fraud in the automotive industry

FRAUD is a serious problem causing significant losses for many companies. Forensic specialists from central and eastern Europe (CEE) working with KPMG, one of the leading providers of audit, tax and advisory services, have looked more closely at fraud in the CEE automotive industry. As reported below, some of the findings published in the Fraud in Automotive Industry in CEE report were surprising. 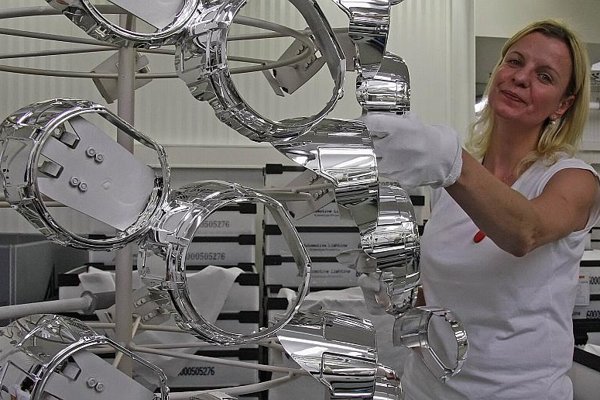 FRAUD is a serious problem causing significant losses for many companies. Forensic specialists from central and eastern Europe (CEE) working with KPMG, one of the leading providers of audit, tax and advisory services, have looked more closely at fraud in the CEE automotive industry. As reported below, some of the findings published in the Fraud in Automotive Industry in CEE report were surprising.

Fraud is and will continue to happen in the automotive sector and this is no different than other geographical areas or sectors of the economy.

“What is different is the nature of fraud in the automotive sector in CEE,” KPMG writes in the conclusions of the report. “Our survey results suggest that physical theft of material is the current prevalent source of fraud. Our experience also suggests that the current financial conditions will increase motivation to commit fraud and the rationalization that it is not fraud, coupled with the perceived inability or lack of desire to prosecute fraudsters, will drive an increase in attempts, whether successful or not, to commit fraud.”

In the report KPMG specialists looked at specific aspects of fraud along geographic and industry lines. The purpose of the research was not necessarily to determine the existence or extent of fraud, either within the automotive industry or the CEE region, but rather to identify the similarities, differences and distinguishing factors.

The report is an extension of an earlier study which benchmarked broader business performance within the region’s automotive industry. Under the original research, 25 companies in five CEE countries – the Czech Republic, Hungary, Poland, Romania and Slovakia – answered a questionnaire in 2008. Selected participants were then further interviewed in 2009.

In the project KPMG uses the layman’s definition of fraud. In it, fraud is defined by three characteristics: (1) the act must be deliberate, (2) it must take away resources, financial or non-financial, from a company and thus cause damage in a way which benefits someone, and (3) it must involve deceit and concealment.

Fraud in the automotive industry in CEE region

Not surprisingly, the KPMG research did indicate that fraud is a significant issue within the automotive industry in CEE. Despite a majority of the company representatives interviewed reporting no experience of fraud, or of being unaware of its existence, one in five companies surveyed nevertheless said they had recently experienced instances of fraud exceeding €50,000.

Perhaps more interesting than the extent of fraud was how and why it seems to be happening. For example, the image of fraud among both management and the public tends to be that fraud is typically either external corruption – in the form of bribery or kick-backs – or related to accounting and financial activities – in the form of embezzlement or misstatement of earnings and profits.

But the report indicates that the area of non-cash misappropriation of assets may be particularly ripe in a manufacturing environment where warehouses of various parts and machinery are often at arm’s reach.

According to one surveyed executive, “We know for sure we have a serious problem internally with the inventory. We have losses [in this area] certainly in excess of €1 million per year. We are talking about a situation where inventory is physically removed from the warehouse and is not there anymore. It is in the SAP system but not in the stores.”

How this executive discovered the fraud was perhaps an interesting paradox relative to how many executives and the public perceive fraud taking place, reads the report. The executive explained that the company in which he works is located outside a major city and he heard that some of the more expensive and complex parts produced in the company were available in local shops.

“Essentially everyone in the city was using our parts and materials for a number of everyday uses,” he said. “This was not a onetime event but a permanent and ongoing situation involving a lot of criminal manpower.”

The perception of fraud taking place may be part of the historical legacy of socialism in the CEE region, which makes it somewhat different from other, more developed regions.

“My sense from working in eastern Europe for almost 10 years is that people are (less likely) to accept goods as private property, and are (more likely) to accept them as public or common property,” the report cites one of interviewed executives as saying. “People are not always perceiving this as a criminal act, but just taking a little bit there and there.”

According to KPMG, this can be a difficult issue because it touches on the boundaries of what is fraud versus what is a misconception of company norms.

One executive offered an interesting anecdote from a company: “When I was doing some work on my private car one of the maintenance managers brought me a box of spare parts for my vacation. I asked him how much they cost so could I pay him and he told me not to worry about it, as they were from the company. It’s normal they are helping me and that they help everyone else as well – so it’s a culture – there’s no feeling that there is something wrong occurring or that it’s illegal.”


How to fix it

An effective fraud risk management strategy has three broad levels, according to KPMG. The first is prevention.

“By setting a tone for the organisation that clearly sets out what is considered acceptable behaviour and establishes that it is expected that the standard will be adhered to, the work force is motivated to prevent fraud,” reads KPMG report.

The second level of fraud management is detection of fraud that is not prevented. The final stage of defence against fraud is effective follow-up once instances of fraud are suspected.

“For those in the industry and in the region who are concerned about fraud, the reality contains both good news and bad news,” reads the KPMG report. “Unfortunately, the elimination of fraud within an organisation is most likely impossible, and not a realistic goal, considering that human nature is the ultimate root cause. However, numerous tools, methods and programmes exist that enable an organisation to reduce the issue to an acceptable level.”