RATHER like George W. Bush entering the White House, or anyone texting an ex while drunk, the consequences of Quentin Tarantino dabbling in Holocaust issues were always going to be disastrous; we didn’t need to see them to know that. Yet Inglourious Basterds, playing now in Bratislava, makes us voyeurs to a peculiar abomination. This film is what happens when no one intervenes to halt a plainly misguided concept, and it is every bit as insensitive as we might have feared. 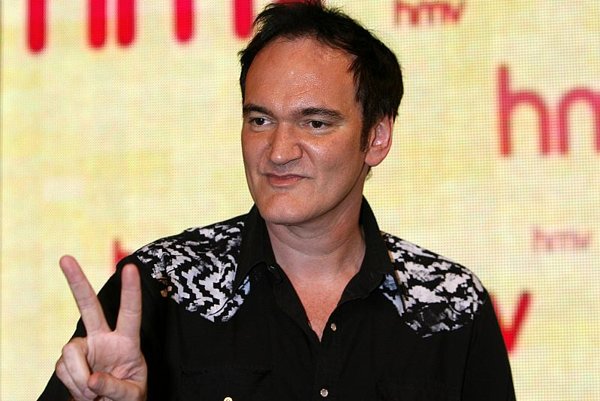 RATHER like George W. Bush entering the White House, or anyone texting an ex while drunk, the consequences of Quentin Tarantino dabbling in Holocaust issues were always going to be disastrous; we didn’t need to see them to know that. Yet Inglourious Basterds, playing now in Bratislava, makes us voyeurs to a peculiar abomination. This film is what happens when no one intervenes to halt a plainly misguided concept, and it is every bit as insensitive as we might have feared.

Hollywood’s king of stylized violence has waded hobnail and knife-blade first into history’s most delicate subject matter. All the Tarantino staples are present and correct—bloodshed, zipping dialogue, camera trickery; brutality, elaborate plotting and kinetic storytelling—but this time it is applied to a context of real-life atrocities, still painfully fresh to millions. Rather than making a film that is far-fetched, gruesome but perversely compelling, as is Tarantino’s stock-in-trade, Inglourious Basterds is far-fetched, gruesome and grossly offensive. The long periods that are well acted and entertaining only serve to sharpen the outrage.

The era is World War II and the setting is occupied France. The Inglourious Basterds of the title are a gang of marauding Jewish vigilantes seeking bloody revenge on their persecutors. They ambush and murder Nazi soldiers, perforating some with a hail of bullets, clubbing others to death with baseball bats. Then they scalp their quarry as souvenirs, else carve a swastika into their foreheads and set them free to act as a walking advert for the troupe.

If this notion of an impossible revenge fantasy does not already have your blood on the boil, there are worse details to sketch in. The Basterds are led by Brad Pitt playing a character named Aldo Raine, who is a cross between a Coen brothers simpleton and a cocksure all-American killing machine. He is not supposed to be appealing—he is a caricature of any oafish American intervention—but more of a problem than Pitt's loathsome miscasting is that his principal nemesis, the Nazi officer Hans Landa (Christoph Waltz), is irresistible.

Waltz won Best Actor at Cannes this year, and his virtuoso turn is a marvelous achievement. But it is irresponsible to make us root for a character nicknamed the "Jew Hunter", no matter how many scene-stealing lines Tarantino feeds him. Every sinister second Landa spends on screen, he is plotting or committing unmentionable evil. Are we supposed to feel complicit in this barbarity?

It is difficult to grasp Tarantino's intentions regarding much in this film. Entertainment remains an obvious priority, as does his insistence that we marvel at his grasp of cinematic technique and knowledge of movie history. But even the most dunderheaded director cannot arbitrarily select this era for his latest yarn as if choosing the Wild West or 20,000 years into the future. He seems instead to be making the arrogant assertion that any disgust can be suspended by the artistry of a Tarantino stand-off or slo-mo killing spree.

Movie-making rather than historical sensitivity is Tarantino's obvious obsession. The narrative of Inglourious Basterds centres on the premiere of a propaganda film directed by Joseph Goebbels (Sylvester Groth) in a small art-house cinema, where two groups of insurgents spy an opportunity to wipe out the Nazi high command as they chomp on their popcorn. “We have all out rotten eggs in one basket,” explains a British commander. “The purpose of Operation Kino? Blow up the basket.”

As the hero of the film-within-a-film wipes out scores of Allied troops from a crows nest hideout, the cinema owner, a Jew whose family were murdered by Landa, plots her own explosive retaliation from a perch in the projectionist's booth. Part of her plan involves the incineration of highly flammable film, and so this is cinema itself striking back against its oppressive manipulators; movies are destroying themselves from the inside.

Certainly, Tarantino has done the same to his film: he has cast aside what usually matters—integrity, empathy, characterisation—and replaced it with technique alone.

One further word of caution: Inglourious Basterds is voiced in four languages so unless you are at least trilingual, or can read Slovak subtitles, much of the dialogue may pass you by. Just remember, this might make you among the lucky ones.