CONVENTION tourism ranks among the most profitable forms of tourism. Because expenditure by participants is typically 2-3 times higher than expenditure by ordinary tourists and because it is organised outside the main tourist season it is a segment which all countries with developed tourism industries rate highly and compete hard with each other to win. 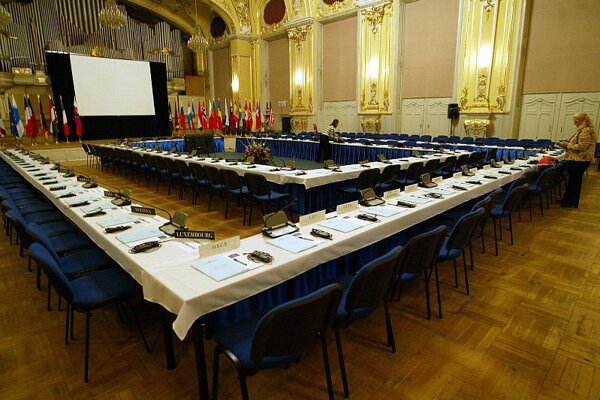 CONVENTION tourism ranks among the most profitable forms of tourism. Because expenditure by participants is typically 2-3 times higher than expenditure by ordinary tourists and because it is organised outside the main tourist season it is a segment which all countries with developed tourism industries rate highly and compete hard with each other to win.

Slovakia, which is regarded as having high potential in MICE (meetings, incentives, conferences, and exhibitions) tourism, is aware of this and is fighting to gain a foothold in this lucrative market.

“Slovakia has the ambition to be a destination for convention tourism, but this is an ambition of very many countries, some of which have created significantly better conditions,” Pavol Kašuba, the secretary general of the Association of Hotels and Restaurants of Slovakia told The Slovak Spectator. “For example, in Slovakia we have neither a congress centre nor a congress hotel able to take in over 1,000 visitors, i.e. for really large congresses.”

In Slovakia meeting and convention events are organised for 200-600 people. Kašuba does not see this as negative, but he points out that it makes it quite difficult to talk about large-scale convention tourism.

But the outlook is improving, with the number of beds in four- and five-star hotels set to increase steeply in Bratislava over the next two years. Moreover, it is forecast that accommodation prices in Slovakia will decrease. The Trend business weekly has reported that other international hotel chains are also expected to arrive in Bratislava, which may further increase the city’s attractiveness.

Jan Ficek from consultancy company Labartt Investment told Trend that no hotel should be built without meeting and congress premises, because such facilities bring high added value.

In this respect there has been made some movement, with the Slovak Tourist Board (SACR) recently initiating the creation of a department devoted to MICE.

“We see advantages in the attractiveness of Slovakia as a destination: Slovakia has an excellent geographical position, relatively good transport connections and a wide range of congress and conference premises,” Eva Sisková, from the communication department of the Slovak Tourist Board (SACR), told The Slovak Spectator. “Based on an initiative by SACR and its ongoing efforts, a first step has been taken to create a professional organisation focusing on the presentation of Slovakia as a MICE destination.”

So-called convention bureaus are common in neighbouring countries; some of them also have individual convention centres for their capitals.

Milan Vajda, the spokesperson for Bratislava City Council, thinks that for a small country like Slovakia, with two to three actual venues for MICE, a well-functioning national convention bureau would be a more effective solution than a city convention bureau. If such a national body were to be created, Bratislava City Council would in all probability become a member, he added.

Bratislava and the Tatras

Within Slovakia, experts see the Tatra mountains, Bratislava and perhaps later Košice as the most likely areas for the development of convention tourism. All of them have international airports as well as some top hotels.

Bratislava is attractive for convention tourism, paradoxically, because it is not very well-known as a meeting industry venue.

“One of the imperatives for convention tourism is to look constantly for new places and new destinations,” Vajda told The Slovak Spectator. “Moreover, Bratislava is a very compact and safe place, when judged by international criteria.”

Vajda also points out that the absence of larger congress facilities is a hindrance to the further development of convention tourism in the capital.

“Bratislava is able to organise events for 200-250 people,” said Vajda, adding that organisers of events any bigger than this have problems not only accommodating but also serving meals to attendees.

Within Slovakia, Bratislava offers the biggest congress facilities, according to Sisková of SACR. But during the last few years new hotels of the highest categories have also been constructed outside Bratislava, for example the Grandhotel Kempinski in the High Tatras, the Doubletree by Hilton in Košice or Hotel Dubná Skala and the Holiday Inn in Žilina. She also points to historical and spa towns or mountain resorts as being ideal for smaller conferences, seminars and training courses, allowing visitors to admire the beautiful Slovak countryside.

“In the High Tatras we have several high quality congress hotels, however, the current economic crisis has decreased interest in convention tourism,” Peter Chudý, the director of the High Tatras Tourist Trade Association told The Slovak Spectator. “But the last two years have confirmed that, especially in the autumn, convention tourism has helped to increase occupancy at hotels.”

According to Chudý, several years ago the ratio between seasons was 50:30:20 for summer, winter and the time between these two main seasons. Of these, spring and autumn accounted for 10 percent each. During recent years the portion of this weaker part of the year has increased to 26 percent, of which spring made up 12 percent and autumn 14 percent. Both these shares increased to the detriment of the summer’s share, which fell to 44 percent.

The impact of the finacial crisis

In Slovakia, the economic crisis has decreased interest in holding congresses and other MICE events and has also led to the suspension or postponement of investments in this segment.

“Of course, under the worldwide trend of reducing expenditures, the number of stays by businesspeople has decreased significantly in Slovakia,” said Sisková of SACR. “In terms of other stays, events are shorter, the services provided have been reduced and accommodation is provided in hotels of lower categories. Under the influence of the financial and economic crisis most congress facilities have changed their pricing policies in the fight for customers.”

According to Kašuba from the Association of Hotels and Restaurants, since the crisis has affected all segments of tourism, it has not avoided convention tourism either.

“As a consequence of the economic recession, many plans and activities have been delayed; if they had been completed this might have improved conditions for convention tourism in Slovakia,” said Kašuba. “But I believe that after a revival all these will resume. And even though I do not think that Slovakia [with the Tatras as a congress venue] will ever be able to compete with the countries with the Alps, I believe that after capacities are extended and services are added, we will be able to gain visitors.”