AN ADVISER rather than a mediator. This is how Knut Vollebaek, the High Commissioner on National Minorities for the Organization for Security and Co-operation in Europe (OSCE), described his role in the ongoing dispute between Slovakia and Hungary concerning Slovakia’s amended State Language Act during his visit to Bratislava in mid-September. 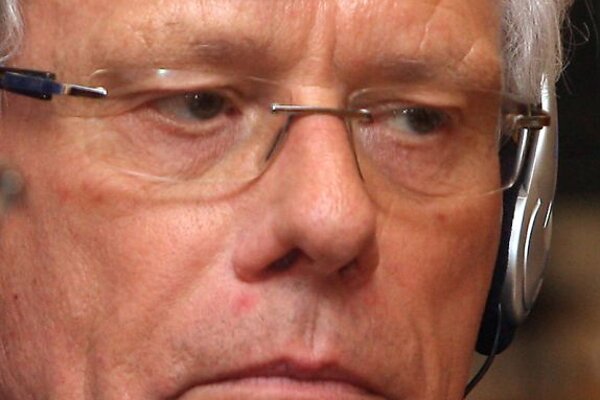 AN ADVISER rather than a mediator. This is how Knut Vollebaek, the High Commissioner on National Minorities for the Organization for Security and Co-operation in Europe (OSCE), described his role in the ongoing dispute between Slovakia and Hungary concerning Slovakia’s amended State Language Act during his visit to Bratislava in mid-September.

Vollebaek visited Slovakia’s capital on September 16, following a visit to Budapest the previous day, and met with all the significant players: parliamentary deputies, representatives of the Hungarian Coalition Party (SMK) and Most-Híd, Vice-Prime Minister for National Minorities Dušan Čaplovič, Prime Minister Robert Fico, Foreign Affairs Minister Miroslav Lajčák – who had invited Vollebaek to Slovakia – and Culture Minister Marek Maďarič, whose department prepared the law change at the heart of the dispute: the amendment to the State Language Act.

The day-long talks brought little new. Vollebaek reiterated what he had already written in a report on the act for the Slovak government: that the law is in line with international standards, providing it is implemented properly. However, he clarified some of his statements that he said had been misinterpreted by politicians on both sides along the way.

“I have been quoted as saying that the law is good,” Vollebaek told a press conference. “What I said is that the law is not against international standards and no one has been able to prove to me that it is. That doesn’t mean that I necessarily think it’s a good law.”

However, local TV channels reported SMK chairman Pal Csáky, who met Vollebaek earlier in The Hague, as saying that the High Commissioner would like to see the sanctions – specifically, fines of up to €5,000 – omitted from the text of the law.

“What I have said is that I personally don’t think it’s a very good idea to have fines and sanctions when you want to promote your state language,” Vollebaek explained. “But it’s not illegal, other countries in Europe have it, so I can’t demand the abolishment of it.”

Vollebaek also said that some of the criticism of the law has been good and constructive but some of it has been exaggerated and misleading. He did not specify which critical statements he considered misleading.

The Slovak government has made it clear that it does not intend to make any further changes to the law. Deputies from the Most-Híd party presented an amendment to the law in parliament which would have removed the sanctions, but it was rejected by parliament.

“After months of an unprecedented disinformation campaign the law is here, it is in accordance with international norms and what is important now to focus our attention on is that its implementation should also follow European standards,” Lajčák said.

The implementation process is crucial, Vollebaek repeated several times during his talks with Slovak representatives and journalists, as not only the text but also the practical implementation of the law must be in accordance with international and European standards.

“The objective of my involvement is to ensure that national minorities are not negatively affected by the law and I think this is possible and can be guaranteed through detailed and legally binding implementation guidelines,” he said.

“Should the provisions be implemented in a way that amount to restriction on the use of minority languages the result would contradict international standards and the Slovak constitution itself,” Vollebaek said.

The Culture Ministry is responsible for developing the guidelines and Maďarič, the minister, has already stated that no sanctions will be imposed before the guidelines are approved. After his meeting with Vollebaek he said implementation guidelines should concern mainly those provisions “where we have noted an unclear interpretation from the part of the addressees of the law and those provisions which pose a risk of useless concerns and fear, which are a result of the campaign against the act”.

Vollebaek said he would see it as useful and good if the government approved the guidelines to show that the whole government stands behind them.

According to Lajčák, a session of a mixed Slovak-Hungarian committee for national minorities where experts should discuss the guidelines is being prepared for 25 September 2009, in Bratislava. OSCE experts will also be invited.

The high commissioner also stressed that his role is not to be a mediator in the tensions between Hungary and Slovakia.

“Fortunately, Hungary and Slovakia don’t need mediators, they have good communication lines as you saw in the meeting of the prime ministers,” he said. “But what they may need is some advice, somebody that can give some expert advice.” He said his aim is to reduce tension, prevent conflict and create an environment for integration. That was the message he also projected the day before, during a visit to Budapest, according to media reports.

Vollebaek’s visit to Bratislava did not change the attitude of SMK representatives, who continued to insist that the act is bad and needs to be changed. SMK Chairman Pál Csáky, who also met Vollebaek in Bratislava, said that the commissioner believes that it is important that the law is acceptable for those whom it concerns.

“And thus for minorities in Slovakia,” Csáky added, as reported by the TASR newswire.

Vollebaek’s involvement concerns solely the language law and he did not comment on other recent upsets in Slovak-Hungarian relations, such as Slovakia’s denial of entry to Hungary’s president.