AN EVENT that some had hoped would bring long-awaited resolution to the case of Hedviga Malinová, the girl who was allegedly beaten up in an ethnically-motivated attack on the streets of Nitra three years ago – an event which became another milestone in the tortured history of Slovak-Hungarian relations – has turned out to be just another wasted chance. Even after the publication of an expert medical report, the question of who was the victim in this case remains unanswered. 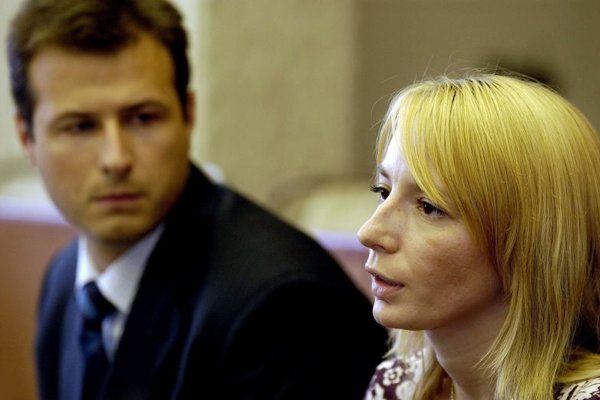 AN EVENT that some had hoped would bring long-awaited resolution to the case of Hedviga Malinová, the girl who was allegedly beaten up in an ethnically-motivated attack on the streets of Nitra three years ago – an event which became another milestone in the tortured history of Slovak-Hungarian relations – has turned out to be just another wasted chance. Even after the publication of an expert medical report, the question of who was the victim in this case remains unanswered.

A few weeks after the alleged assault on Malinová in August 2006 the police halted their investigation into the incident and announced that they believed Malinová had fabricated the attack. In May 2007 she was formally charged by the police with making false statements.

The expert medical report, which was published in early September 2009, was expected to put an end to the investigation and help the public prosecutor to make a final decision about whether to sue Malinová for false statements or to end the criminal prosecution against her. The General Prosecutor’s Office requested the Medical Faculty of Comenius University to answer 11 questions in their report, among them what her real injuries were after the alleged attack.

The published report rather supported the police’s version of events, stating that Malinová most likely bit her own lower lip. It was signed by the faculty’s dean, Peter Labaš, and includes the names of another 12 experts associated with the faculty. However, in the days following the report’s publication, the Sme daily reported that three of the contributors were distancing themselves from it.

What is regarded as the strongest claim in the report is attributed to dental surgeon Peter Stanko, the vice-dean of the Medical Faculty: “the wound on her lower lip is most probably caused by the biting of the upper teeth into the lower lip, or by outer violent pressure of the lower lip against the lower teeth”. Stanko told the Sme daily that the formulation Labaš used in the report was very unfortunate, because in reality he did not rule out that Malinová was struck or pushed to the ground.

Psychiatrist Viera Kořínková, whose name also appears in the report, said that she only e-mailed to Labaš a list of the effects that the drug Diazepam (also known as Valium) can have. Malinová was prescribed Diazepam following the alleged attack. Labaš quoted Kořínková as saying that the use of Diazepam did not have an impact on Malinová’s statements. But according to Sme, Kořínková had asked Labaš to leave her name out of the report.

The main consultant on surgical disciplines from the forensic.sk Institute of Forensic Medicine Expertise, an independent forensic medical expert organisation, Luděk Vrtík, signed an official statement, witnessed by a notary, saying that his name was used in the report without his knowledge or consent, Sme reported.

František Gahér, the rector of Comenius University, who has the power to remove Labaš from his post if he harms the interests of the university, told Sme that he would not act in this case, as only the court or other experts are competent to say whether the report was manipulated or not.

Peter Kováč and Norbert Moravanský, the other two main consultants and partners in forensic.sk, said that all expert reports from expert organisations or expert institutes are usually signed by the statutory representatives. Labaš’s signature on the report into Malinová’s case would not therefore pose a problem.

“However, if the report contains names of people who deny that they took part in preparing it, this is a very serious problem,” Kováč and Moravanský told The Slovak Spectator. "Unfortunately, this is what has been reported in the media. And it means that the circumstances of the preparation of the expert report are other than standard.”

The experts from forensic.sk said they believed that the report can therefore easily be impugned.

Malinová’s attorney Roman Kvasnica rejected the expert medical report saying that it doesn’t answer all the questions posed by the prosecutor, that it manipulates the statements of the experts and that the answers themselves are neither professional nor expert.

“It’s evidence of how the case has been handled since 2006,” Kvasnica told The Slovak Spectator, adding that the report’s conclusions did not surprise him, but that he did not expect it to be so bad.

“I wouldn’t have believed that in 2009 something like this would be possible in Slovakia, especially the fact that people who have distanced themselves from the report feature as its authors,” he said. “But also that someone, either Labaš or someone else, dared to change the testimonies of the witnesses in crucial places.”

Kvasnica does not believe the prosecution against Malinová will ever be stopped.

“Because it would probably harm the good name of the persons engaged in this case – politicians, representatives of the Interior Ministry, the police and the prosecution,” he said. “The law is not important here.”

The General Prosecutor’s Office expected to close the case by August 2008, but it was prolonged pending the expert medical report. General Prosecutor Dobroslav Trnka did not specify whether the report he received from the Medical Faculty would now be used in the case. Responding to an enquiry from Sme about when a decision would be made about the Malinová case he would only say: “Do you know the one about Michelangelo?”

Trnka did not explain what he meant by this comment, but it’s been suggested in online discussion forums that he was referring to a story about Michelangelo who, when working on the Sistine Chapel, became annoyed by the Pope’s repeated enquiries about when the work would be finished and replied: “When I have finished it.”

The case has divided Slovak society into those who do and do not believe that Malinová was attacked. An opinion poll on the website of the Sme daily showed an almost even split – 44 percent of the people surveyed said they believed she had fabricated the attack, while 49 percent trusted her account.

It has also been a traumatic point in Slovak-Hungarian relations, as Malinová is of Hungarian ethnicity and the alleged attack bore signs of an ethnic motive. The attack was allegedly perpetrated by two skin-heads as Malinová was walking to university in Nitra to take an exam, after they heard her speaking Hungarian on her mobile phone. Photographs, taken at the time by her colleagues, were published showing her severely beaten face.

Malinová stated that her attackers had daubed ‘Hungarians [go back] across the Danube’ on her blouse.

The case became politicised in September 2006 after Interior Minister Robert Kaliňák announced at a press conference that the police believed Malinová has fabricated the attack. The media subsequently published a medical report which confirmed her injuries and Malinová herself repeated her statement that she had been attacked. She also alleged that the police had put strong pressure on her to withdraw her testimony.

In August 2007, Prime Minister Robert Fico stated that the case had been intended to bring down his government, but presented no evidence to support this claim.

The alleged attack took place only a couple of months after Fico’s Smer party emerged as the largest party following the 2006 general election, and chose to form a coalition government with the Slovak National Party (SNS), known for its strongly antagonistic opinions on Slovakia’s Hungarian minority.