ANOTHER chapter of the Slovak-Ukrainian scanner saga began on September 14 when Slovakia re-launched the operation of an x-ray device to monitor cargo trains coming from Ukraine at the Maťovce customs checkpoint. 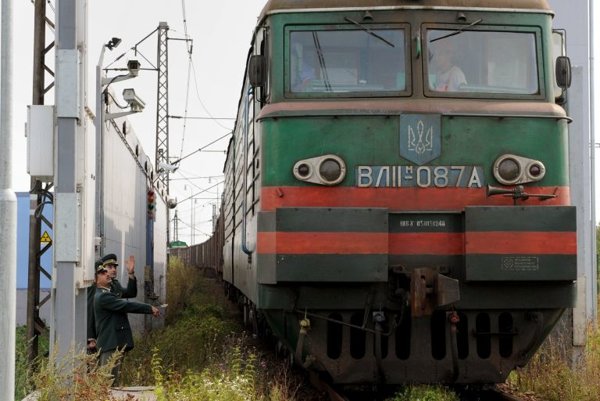 ANOTHER chapter of the Slovak-Ukrainian scanner saga began on September 14 when Slovakia re-launched the operation of an x-ray device to monitor cargo trains coming from Ukraine at the Maťovce customs checkpoint.

However, it is still unclear whether this will be the concluding chapter to the controversy, which started on August 18 when Ukraine unilaterally halted cross-border railway cargo movements because of what it called the harmful effect of the scanner on the health of employees of the Ukrainian state railway company.

Slovakia agreed to turn the device off in order to prevent financial losses that major businesses dependent on Ukrainian supplies faced. Nevertheless, the country claimed that the scanner is a harmless device which meets EU standards.

Margaréta Grecová, spokesperson for Cargo Slovakia confirmed to The Slovak Spectator that x-ray scanning resumed on September 14, with scanning now starting only from the fourth wagon.


“The locomotive and the first two wagons are not scanned but manually checked by employees of the customs office,” Grecová said.

The compromise was reached at a meeting on September 11 between State Secretary of the Slovak Ministry of Transportation, Posts and Telecommunications Milan Mojš and his Ukrainian counterpart Volodymyr Badagov, with diplomatic support from the Slovak Foreign Affairs Ministry.

“Based on negotiations between Slovak and Ukrainian delegations in Kiev, joint Slovak-Ukrainian radiological measurement of the working space of the engine-driver was carried out today,” Vojtech Jakab, spokesman for the Customs Directorate general director, told the TASR newswire. “The results of the measurement are in line with the conditions for radiological protection, and don't represent any health risk for engine-drivers, service personnel or the public.”

However, Slovakia and Ukraine will also respect the results of independent testing of the scanner carried out by experts from the Vienna-based International Atomic Energy Agency (IAEA), the Slovak Foreign Affairs Ministry said.

In August, Ukraine’s ambassador to Slovakia, Inna Ohnivets, said that the amount of radiation produced by the scanning was harmful, and has led to deterioration in the health of four Ukrainian workers.

Economy Minister Ľubomír Jahnátek on August 26 described the situation at the Uzhgorod-Maťovce border crossing as an artificially fabricated problem and also called it another obstruction by Ukraine. But both Jahnátek and Prime Minister Robert Fico said they would make sure that all the goods the Slovak economy needs are imported to Slovakia.

The Ukrainian concerns about the x-ray device did, however, cause Cargo Slovakia problems servicing its clients.

“From the point of view of the transporter, the halting of cargo transports from Ukraine to Slovakia meant a failure to deliver shipments to our customers according to the agreed schedule,” Grecová said, adding that the railway companies are still evaluating the trade impacts and the eventual consequences.

Earlier in 2009, Slovakia’s economy was brought to an almost complete halt when Russia turned off gas supplies to central Europe during a dispute with Ukraine over gas prices and unpaid bills. Some observers thus referred to the scanner spat as a “mini gas crisis”.

U.S. Steel Košice and power producer Slovenské Elektrárne were among the companies most affected by the interrupted supplies of coal, iron ore and chemical products, according to the Sme daily.

The Slovak media has speculated that mafia organisations involved in smuggling are behind the action of the Ukrainian railway company, because the scanning device can detect attempts to smuggle goods like cigarettes, alcohol and other products across the border.

The effectiveness of the scanning device in tracking smuggled goods is very high, Jakab said in an interview with the Hospodárske Noviny business daily. Checking the trains with a scanner takes about 30 minutes, during which the train can move at 15 kilometres per hour. The process of checking the trains manually takes almost two hours. Eight to 12 trains go through the Maťovce checkpoint each day, the daily wrote.

Earlier this year Jahnátek said that the intensity of radiation during one scan is equivalent to the dose received by a passenger aboard an aeroplane during 14 minutes of flight at a normal cruising altitude of 10,000 metres, SITA wrote.

A Ukrainian engine driver would be exposed to a harmful dose of radiation only if he passed through the scanner 400,000 times a year, he said. Even according to Ukrainian calculations, engine drivers would still have to pass through 120,000 times a year in order to receive a harmful dose, which the minister said was why he considered the objections of Ukraine to the scanner as absurd.