SLOVAKS living abroad can serve as a link between their new homelands and Slovakia. It is estimated that more than 2 million people who claim to be of Slovak descent live abroad. Although this number has not been verified and a large number of the emigrants are employed in their respective countries, there is still potential for the promotion of Slovakia abroad. 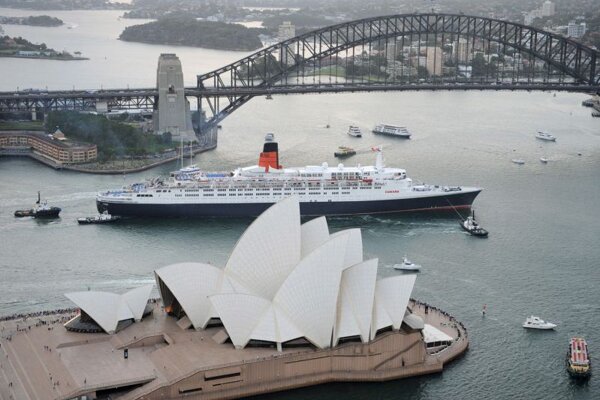 SLOVAKS living abroad can serve as a link between their new homelands and Slovakia. It is estimated that more than 2 million people who claim to be of Slovak descent live abroad. Although this number has not been verified and a large number of the emigrants are employed in their respective countries, there is still potential for the promotion of Slovakia abroad.

The government recently approved a State Policy on Care for Slovaks Living Abroad to 2015, through which The Slovak Economy Ministry is trying to help promote Slovak international connections.

“The cooperation of Slovaks living abroad with a view to utilising their potential benefit for Slovakia represents a significant challenge,” the policy reads. “Assuming, of course, that interest from the other side exists.”

The aim of the Economy Ministry is to nurture such cooperation via its trade and economic departments at embassies abroad, and the Slovak Agency for Investment and Trade (SARIO) and the Slovak Tourist Board (SACR).

Trade and economic departments already serve as contacts for the provision of assistance to Slovaks living abroad who are involved in Slovak-related commerce, trade and tourism. These departments at Slovak embassies in countries such as the US, Australia, Canada, and Switzerland are traditionally the most active or report the most interest, Economy Ministry spokesperson Vahram Chuguryan told The Slovak Spectator.

“Trade and economic departments act as consultancy and information points in particular for small and medium-sized companies,” said Chuguryan. “In some countries economic attachés monitor the situation of Slovak business persons by meeting with them personally.”

As an example of mutual cooperation, he pointed to the preparations for official participation by Slovakia at the technical IFM fair in Malta. There will also be an alternative heating systems exhibition in Ireland this autumn which Slovak businesses in Ireland are due to be involved in.

Chuguryan believes that better export conditions for Slovak products and services could be created through cooperation between the Economy Ministry and Slovaks living abroad through active use of commercial networks as well as that of honorary consuls with Slovak roots.

“SARIO plans to open its own foreign representations in at least five countries in the future,” SARIO spokesperson Marián Jánošík told The Slovak Spectator. “In this way it will be able to better establish and monitor contacts with Slovaks in these countries.”

“Since the Slovak community in the USA is relatively large (it is believed to be over 1 million people) and well established across the United States, the Slovak Embassy is aware of the need to work to fully utilise its potential in the economic area, especially in promoting Slovakia as a dynamically developing and successful country attractive for investments as well as in other fields of cooperation,” Vít Koziak, second secretary of the Embassy of Slovakia to the US told The Slovak Spectator.

The embassy in Washington, and its trade and economic department in New York and general consulates in New York and Los Angeles show a lot of interest in maintaining connections with American Slovaks. This is done both directly and via honorary consulates since care of the community of expats and assistance to Slovak associations is one of the main tasks of the embassy, according to Koziak.

All of these bodies are, as far as possible, open to every citizen or subject with ideas, proposals or projects related to Slovakia. In the case of expats, a natural inclination to the Slovak environment is a positive advantage, said Koziak.

The Slovak embassy in the United States develops numerous activities to present Slovakia as an economically and investment-attractive country including activities focused on organisations of expats.

“The meeting between the Slovak Ambassador to the US, Peter Burian, and a representative of significant Slovak fraternal unions active in the US on July 31 can be listed among such recent events focused on of the strengthening of cooperation with expats,” said Koziak.

Another activity mentioned by Koziak was a meeting of honorary consuls, who have direct contacts with the Slovak community, which took place in the US on March 19 and 20 at the embassy in Washington. The most effective mechanisms of cooperation and activities of all bodies representing Slovakia in the US, with a stress on investment opportunities in Slovakia, were discussed.

“Vojtech Ferencz, the director general for strategies at the Slovak Economy Ministry, and Jozef Konkoly, the mayor of Kechnec, were valued attendees,” said Koziak, adding that Kechnec, a village in eastern Slovakia, has been very successful in attracting direct foreign investments. “The presence of the ministry’s representative and the mayor of Kechnec, where the biggest industrial park in Slovakia is located, at a session of the honorary consulates was used to organise a series of meetings with potential American investors in Washington, DC and its vicinity, as well as in New York.”

On the opposite side of the globe in Australia, the trade and economic department in Canberra also supports business activities of Slovak expats where possible. The Office of Slovaks Living Abroad (ÚSZZ) estimates the Slovak community there to be 15,000.

“I view their activities as a positive step towards fulfilment of several departmental objectives such as the export of Slovak products and services, support of foreign investments in Slovakia and assistance in the development of Slovak tourism,” Dušan Horniak, the head of the trade and economic department at the Embassy of Slovakia to Australia told The Slovak Spectator.

As a concrete example he mentioned the cooperation of his department and the Australian travel agency European Spa Tours Ltd during participation at the tourist fair Travel Xpo in Sydney. Also, the Australian travel agency Danube Travel Agency and the Slovakia’s honorary consulate in Melbourne assisted his department in holding the Slovak Day in Melbourne.

Horniak claims that evaluation of the interest of Slovaks living in Australia in such support and cooperation depends largely on what they are doing there as many of them are not active business owners.

“If they show interest in Slovak commerce, I do my best to help them as much as possible,” said Horniak.

However he does not wait for the expats to approach him. He also contacts expats himself and offers assistance where he can. As Slovaks these people need little assistance in the area of the Slovak environment and mentality.

Horniak would like to extend this cooperation as far as possible in the future as he believes in its positive aspects.

“I believe this to be very effective in informing foreign business people about Slovakia who may have very few dealings there or don't know a lot about it and therefore perceive it as a risky environment. In this case a bigger effort needs to be made,” said Horniak.

Of projects by the Slovak trade and economic department in Australia which are in the pipeline Horniak mentioned a presentation of business and investment opportunities in Slovakia prepared in cooperation with the Slovak honorary consul in Brisbane Michal Horváth. Furthermore, Horniak’s department is preparing a presentation of Slovak tourist destinations in Melbourne with Margaret Nagy, the director of the Australian travel agency Danube Travel Agency and Slovak honorary consul in Melbourne, Vojtech Markuš. He is also preparing a presentation in Sydney of Slovak spas, with Eva Santo, the director of the Australian travel agency European Spa Tours.

Horniak views Slovak tourism as a promising generator of Australian investment and cooperation.

“I’m also interested in supporting other areas of business, particularly the export of Slovak products and services, which is something that Slovak expatriates have shown interest in.

Canada has one of the largest Slovak communities (around 100,00 according to the ÚSZZ), but interest in Slovak commerce is said to be relatively low.

“These people are firmly integrated into Canadian society and live and work as other Canadians,” claims Vladimír Wiedermann, the head of the Trade and Economic Department at the Embassy of the Slovak Republic to Canada. “Most of these people are employed here.”

He believes that maintaining contact with Slovaks abroad is a good thing as it helps to promote a positive view of Slovakia and boosts potential for mutually advantageous cooperation.


“Citizens such as these, who have established themselves abroad, could be an asset to Slovakia’s reputation.”

However Wiedermann is sceptical as to whether or not giving special treatment to Slovak business people is entirely fair.

“This kind of support is provided to all commercial activity and those with reasonable and realistic objectives, regardless of their roots.”