SLOVAKS do not live only in Slovakia. It is estimated that along with about 5 million Slovaks living in their native country, there are over 2 million people living abroad who claim to be of Slovak origin or to have Slovak roots. 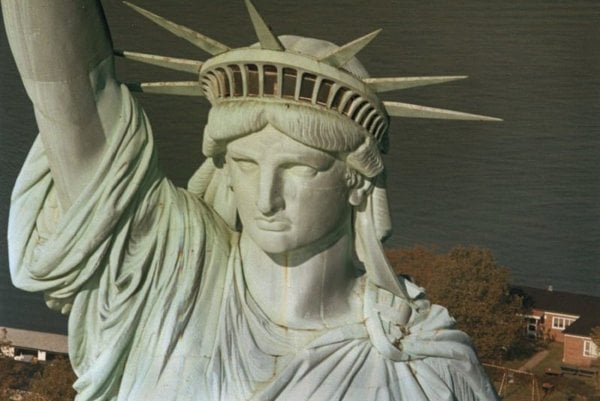 SLOVAKS do not live only in Slovakia. It is estimated that along with about 5 million Slovaks living in their native country, there are over 2 million people living abroad who claim to be of Slovak origin or to have Slovak roots.

Slovaks have left their homeland in several waves in the pursuit either of better economic conditions, or political freedom during the communist regime. In some cases their target destinations were neighbouring countries and in others they went overseas. Some Slovaks have found themselves beyond the borders of Slovakia, in communities in places such as Poland and Ukraine.

According to official censuses, estimates of Slovak embassies and Slovak organisations living abroad as well as the Office of Slovaks Living Abroad (ÚSZZ), around 2.2 million people and their descendants currently avow Slovak origin in more than 50 countries around the world.

Foreign migration expert Boris Divinský is sceptical of this figure.

“People abroad claim to have 3rd, 4th, 5th and 6th generation Slovak ancestors when their ancestors emigrated mostly between 1870 and 1914,” Divinský told the Slovak Spectator. “The same people also claim to have Czech, Polish, Hungarian and other ancestors.”

And with respect to experience to date he expects a natural assimilation of emigrants from Slovakia and their descendants into the majority society.

In search of a better life

Since the end of the 17th century, thousands of Slovaks have left their native country but have maintained their nationality by becoming part of minorities and communities abroad. Countries such as America, Canada, France and Australia have become their new homes.

Slovaks began to migrate in large volumes to America in the 19th century and most of them were hired for manual labour in mines and forests. They were low-wage earners in America but still made more than they would have in what was then the Austro-Hungarian monarchy.

According to Peter Zubko of the Historical Institute at the Catholic University in Ružomberok in his book on the “History of Slovak Migration”, this culminated at the turn of the 19th and 20th centuries. At that time, the territory of current Slovakia had the highest rate of emigration in relation to its population. Slovaks were also moving to large centres such as Budapest and Vienna.

About half a million Slovaks went to the United States between 1880 and 1914. Zubko also believes that about 200,000 people left Slovakia between the world wars for the USA, Canada, France, Belgium and Argentina. The next wave of emigration took place between 1945 and 1989, when about 100,000 emigrated, often illegally, in protest against the communist regime, fleeing persecution as well as to pursue better careers and lives.

Slovaks living in neighbouring countries hold the status of national minorities, for example in the Czech Republic, Hungary, Poland, Ukraine, and Croatia, according to the State Policy on Care for Slovaks Living Abroad to 2015, which the Slovak government approved in August 2008.

In the Czech Republic, the Slovak minority holds a special position, which is a result of the former common state as well as the minor language barrier and cultural similarity. The Office of Slovaks Living Abroad (ÚSZZ) estimates the number of Slovaks living there to be 375,000.

Slovak communities in western Europe and overseas are divided into three groups. The first group consists of descendants of emigrants, who live in typical target migration countries and nowadays are widely assimilated, although their relationship to the country of their ancestors and pride in their Slovak origin persists. In overseas countries, especially in the US and Canada, many are part of organisations with long traditions.

The second group includes those from the migration wave after 1989, which headed in particular to western European countries as well as less typical destinations overseas. Most of these people are young to middle-aged and university educated, and have strong connections to home.

The third group consists of Slovaks who left Slovakia after its admission to the European Union in 2004 for more established EU member states. A number of large communities have formed in Great Britain, Ireland, Spain, Italy, Belgium, the Netherlands and Cyprus. These are also young to middle-aged and university educated. They are also closely linked to home and likely to return.

Divinský estimates that between 220,000-240,000 Slovaks are currently working abroad, however this is expected to decrease as a result of the economic downturn.